What types of Jewish culture have you been consuming during the pandemic?

To answer this question, I return to a beginning – a discovery in graduate school where my work concentrated on the history and theories of British literature.  When we reached the twentieth century, devoid of Jewish content, it was the Anglo-Irish writer Elizabeth Bowen who inspired my fascination with British Jewish history and culture.  Although I found Bowen a compelling writer, it was her treatment of British antisemitism that made me a lifelong fan.  Unlike Virginia Woolf’s callous portraits of Jews, Bowen drew Jewish characters with empathy and political prescience.

In her 1934 novel The House in Paris Max Ebhart is the object of antisemitic scorn and ultimately trapped in Paris as storm clouds descend, resorts to suicide.  Although Bowen was well known, it seems that I was the only scholar at the time who noticed this portrait of a Jewish tragedy.  Bowen’s crucial sensitivity prompted me to focus on British women writers of World War II, and my research led to histories, memoirs, and fiction of the Holocaust and to write my book Anglo-Jewish Women Writing the Holocaust.

Studying such great writers as Elaine Feinstein, Karen Gershon, Julia Pascal, and Lisa Appignanesi led me to stay the course with the writing of Anglo-Jewish women.  With so few published and reviewed in the United States, I’ve had to rely on suggestions by friends in the UK and my annual visits.  Covid 19 has changed all that.  Now that travel to the UK is suspended and mail delivery uncertain on both sides of the Pond, I’ve been combing my own bookshelves.

No surprise — I’ve found novels and anthologies that I’ve never gotten around to reading.  I’m about to finish a wonderful novel, Majna (1938) by Anna Gmeyner, a Viennese Jewish exile who made her home in London.  Reminiscent of nineteenth century family sagas, Majna charts the fates of five German children between 1920 and 1933 who find ways to resist their dominating fathers of very different social and political identities, including a Nazi, a Communist, a progressive physician, a hapless Jewish shopkeeper, and a cruel Jewish banker.  The complex responses of each of the children and their mothers, as well as the critical perspective suggested by the novel’s structure makes this an enticing potential project and ironically, given its subject, a reprieve from the necessary isolation of our own time.

The pleasures of this reading have challenged me think about connections between my current work on Holocaust representation and British Jewish culture.  Studying the art and writing of Rachel Lichtenstein has led me to follow her autobiogeographical journeys to construct her own British Jewish identity.  Working on her art and writing has not, as I assumed, been a reprieve from Holocaust studies.  Instead, her trips to Poland, where both warmth and hostility greet her, remind me of my work on recent Polish films and Eva Hoffman’s play The Ceremony (2019).  In each of these, Holocaust memory takes the form of Jewish ghosts who haunt succeeding generations of Poles and their land.  Rachel’s installation Shoah, constructed of photographs of Holocaust victims and shards of the Polish Jewish past, offered a new artistic perspective on British Jewish connections to the Holocaust.

The pleasures of this work, however, have been overwhelmed by an American crisis.  While working on Holocaust representation under Covid has exacerbated the distance between British Jewish culture and American I already felt.  Despite decades of reading and forging friendships with British Jews, I’ve always felt the complicated, sometimes baffling differences between American and British Jewish culture.

If Rachel Lichtenstein’s work has given me a new understanding of British Jewish identity, as I write this, I’m consumed with what being an American Jew means in the face of my nation’s unrelenting racism.  The killings of African American men by American policemen has overtaken my anxieties about Covid-19.  I feel that I’m now in double lockdown.  When the ‘shelter-in-place’ guidelines were mandated, I was already working comfortably at home.  I had collected my sources online and thanks to WhatsApp, had even spoken with Rachel Lichtenstein.  Including email exchanges with other scholars, and the luxury of negotiating my own timetables, I had nothing to complain about.

My only grief was being unable to visit our son and his family in Iowa City and our daughter and daughter-in-law who live in Chicago. Even as I began to miss my weekly lunches with a close friend and other escapes from the computer, even as my inbox was filling up with cancelled conferences and vacation travel, I felt I could make the best of my near isolation. With all its freezes, Zoom was better than real isolation.

But when the news of George Floyd’s murder broke, what had become my comfort zone felt ransacked.  Living two blocks from Northwestern University’s campus in Evanston, a leafy suburb of Chicago, I had never given danger or protection a second thought.  But as I and even experts tried to fathom President Trump’s call to violence against everyone in the streets, protestors and looters, children and elderly, I suddenly recalled the opening of Gisella Perl’s 1948 memoir, I Was a Doctor in Auschwitz, for which Danny Cohen and I had recently co-written the introduction to a new edition (2019).  A successful obstetrician/gynecologist, Perl was living with her husband, son, and daughter in Sighet, Hungary, Elie Wiesel’s hometown, when the Nazis invaded in March 1944.  Two years later, after learning that her husband and son were killed on arrival at Auschwitz, she wrote the following in the Foreword to her memoir: ‘Hitler, this degenerate Faust, and his henchmen turned the German people into a willing instrument of conquest and massacre.’

Having learned to be very cautious, even skeptical about the lessons of history and its parallels, I still shudder at the shadow falling on the image of American police firing rubber bullets and tear gas on their own fellow citizens.  Every thought I have about British Jewish culture is now shadowed by what American Jewish identity and culture mean as a violent reminder of an old American tragedy erupts around us.

Phyllis Lassner
Phyllis Lassner is Professor Emerita at Northwestern University and has published books and articles on British women writers and Holocaust representation and most recently co-edited The Palgrave Handbook of Holocaust Literature and Culture.
Categories: Covid

Phyllis Lassner is Professor Emerita at Northwestern University and has published books and articles on British women writers and Holocaust representation and most recently co-edited The Palgrave Handbook of Holocaust Literature and Culture. 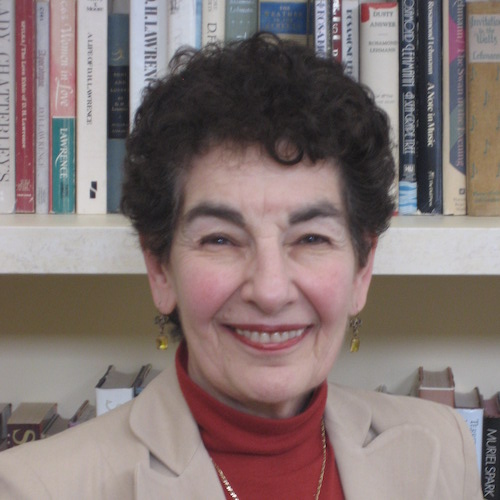 Phyllis Lassner
Phyllis Lassner is Professor Emerita at Northwestern University and has published books and articles on British women writers and Holocaust representation and most recently co-edited The Palgrave Handbook of Holocaust Literature and Culture.