‘Gentiles, not funny’: Revisiting The O.C.

One of the unexpected silver linings of lockdown is that it has afforded me some much-needed extra down time.

So, rather than doing anything productive, I decided to revisit an old favourite from my youth.

The O.C., for those who have been living under a rock for the last two decades, is the pinnacle of American teen drama which ran for four seasons from 2003 to 2007.

Created by Jewish director, Josh Schwartz, it is set in Orange County, California, an impossibly lavish world of high society living, glamourous soirees and McMansions, all of course belied by a sordid undercurrent of adultery, extortion and more than its fair share of tragedy.

The show centres around the Cohens, an obscenely wealthy mixed-ethnic family made up of the inimitable Sandy Cohen (Peter Gallagher) an impossibly handsome public defence lawyer from the Bronx.

And finally, their teenage son, Seth (Adam Brody), a wiry, nebbishy, quick-witted comic book nerd who struggles to find his place in the wholly goyische world of water-polo and Manolo Blahniks.

Seth Cohen was the unlikely Jewish hero, played by an unknown Jewish actor. But, as the show progressed, it was Brody’s face plastered all over the walls of teenage girls’ bedrooms everywhere.

Ryan represents everything that Seth is not: muscular, blue-eyed, blonde haired, brooding and successful with women.

However, despite their differences, Ryan and Seth strike up an unlikely bond which forms the bedrock of the show’s narrative.

Brody’s character, flanked by McKenzie’s, elevate The O.C. from simply being yet another vacuous teen-drama about white, rich people, and allowed it to become a story about Jewish alienation and the struggle with identity in a world in which you do not seem to belong.

Gallagher and Brody are the finest two actors in the show without question. They have the most interesting character arcs. The combination of Gallagher and Brody as the Jewish father and son in the plastic, WASPY world of Newport Beach was inspired and has undeniably withstood the test of time.

On second (or maybe third) watch, it strikes me how the Jewishness of The O.C. is neither subtle nor marginal, rather it permeates the entire show and is arguably what gives it the edge over similar shows of its era.

The Jewishness of the Cohen family is rather forcefully imposed on the other characters throughout all four seasons. In an early episode, we watch as Kirsten haphazardly tries to prepare the perfect Seder for the overtly critical matriarch Sophie Cohen, whilst Seth’s non-Jewish girlfriend Summer Roberts (Rachel Bilson) valiantly attempts to memorise ‘the four questions’.

In a later episode, as a courteous nod to the non-Jewish members of the Cohen family, Seth invents a new holiday which combines both Christmas and Hannukah and becomes Christmukkah.

Christmukkah becomes a staple holiday for all of the characters in the show, Jewish and non-Jewish, until the very final episode.

In fact, such was the power of Seth’s Christmukkah, that mixed families such as my own have long-since adopted the name for our own mixed holiday celebrations. Thanks to Seth Cohen, my own children will grow up celebrating Christmukkah.

Unfortunately, in a similar manner to Friends, a re-watch of The O.C. in 2020 is not without difficulty.

Without doubt, this show hits a little differently than it did in 2003, when I myself was an angst-ridden, self-obsessed teenager.

I am no great fan of the term ‘snowflake’ but much of The O.C. would simply be unacceptable television today with its complete lack of POC characters and its more than questionable approach to same-sex relationships and domestic abuse.

However, despite this, the O.C posits the Jewish characters as the ones we should all be aiming to be like. The Cohen family, rather than being the outsiders in this goyische world, were actually the insiders, the ones to be looked up to, whilst everybody else became outsiders.

One of my favourite moments of the show, a moment which serves to perfectly sum up the unique charm of Seth and Sandy Cohen, occurs during a dinner where Summer’s new boyfriend is regaling the family with inane anecdotes.

Sandy turns to Seth and whispers: ‘Boy, I love your mother more than words, but gentiles? Not funny.’ 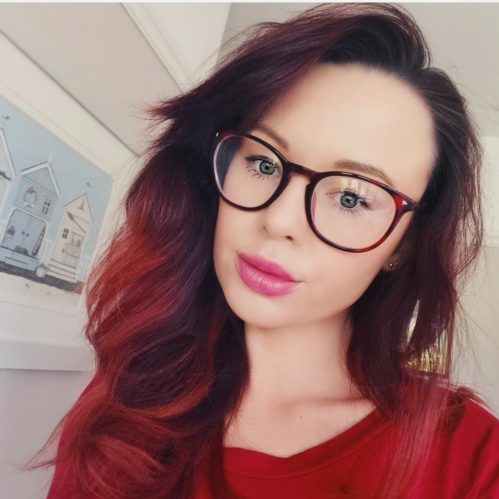