Zooming in The Family

In the first of a new series, ‘You Never Call! You Never Skype!’, Catherine Temma Davidson reflects on parenting during the pandemic.

I grew up in America and I now live in London with my English husband and children. Years of analysing my culture from afar has revealed the ways I am – like many Americans – a self-mythologiser. Coming from a Jewish and Greek background, one of my big myths has always been the importance of family – an entity that seems both Olympian and fragile – in need of worship and propping up. I experienced this again recently during the endless loop of my extended family Zoom.

My brother lives in New York, my sister in San Francisco and my mother in Los Angeles. For as long as we have had children, we have met for an annual ‘cousin’s summit’ – a week-long gathering when all the joy, drama and neurosis of Family Life can be played out for the benefit of the next generation.

When the pandemic hit in March, it became clear we were not going to meet this year. My brother suggested a weekly Zoom call – with three generations live on line. After all, we were all home – even the university students.

At first, it was such a relief to see everyone. There we all were – alive! A wave of death circled the world, but each week we could bond with each other face to face. I could watch my sister in her newly renovated kitchen, knitting and talking, see my niece’s changing lockdown hair colour, experience my brother and his wife making pizza dough.

But an hour’s conversation on Zoom is a challenge. As soon as you open your mouth, you hold centre stage. During our real-life summits, we meet in small groups where the strains of family role-playing can be eased by intimate conversations and gossip. Zoom is like those tense rehearsals I remember from drama class: you are either monologuing or monitoring. We perform the Family, falling into our familiar roles, and we can’t escape.

My sister is a busy psychiatrist with a thriving practice. She is also the middle child, sensitive to being overlooked. Early on, my brother accidentally muted her in the middle of talking. According to my sister, that was no accident.

My brother is a law professor and a tender, thoughtful father. On Zoom, his role is to provide the humour, his way of coping with being the younger brother of two domineering sisters. He makes a lot of dad jokes; he usually pokes my sister about the muting.

As for me, my role in the family is clear: the one who left. As the oldest child, I was the most enmeshed. Then I married an Englishman with a strong sense of personal boundaries and went to live in a foreign country. Maybe in some families, this would have been no big deal – but in mine it caused a lot of tumult. It took me years of therapy to get over the guilt.

On Zoom, I can never let my enthusiasm wane. I try not to yawn, and I make sure I show everyone how important they are to me. Once, I was ten minutes late, and as soon as I got on line, the familiar script began:

‘Did you forget about us? You’re bored already?’

When I told my husband, we were planning to have a weekly chat on Zoom with my American relatives, every Sunday, from 10-11pm, for the duration of lockdown and maybe for the rest of our lives, he declined to participate. This slots him right into the expected family role as the unfriendly foreign in-law.

Now the world is attempting to return to normal, but how can we stop our weekly meetings, now we are running out of things to say? Whoever suggests ending our calls, it won’t be me.

Maybe I can learn from my English children, who love their relatives but feel no guilt about dropping in and out of the Zoom call. After all, the 10pm slot is busy for teenagers – between Snapchat and Call of Duty.

The centre of our family drama is my 90 year-old-mother, who has been socially isolating in the flat where she nursed my father until he died two years ago. As soon as she gets on the line, we all cheer. We tell her how beautiful she is, and how brave.

For most of my life, I felt it was my job to protect my mother from her darkest feelings. She was a charismatic matriarch with many admirers, but at home, we knew her fragility. To be a daughter was to perform love, to the point of self-sacrifice. This is not a quality I have passed on to my own daughter.

My sister mentioned on the Zoom call recently that her daughter calls her grandmother every day to make sure she is all right.

‘Why don’t you call your grandmother sometime?’ I asked my English daughter.

‘It’s not for her, honey. It’s for you. Someday she won’t be here and you’ll look back and think, I didn’t get to know my own grandmother when I had the chance.’

She could only laugh at my pathetic attempt to guilt trip her into showing up my siblings.

It is a relief to get away from the performance of family, to spend time with the real people who make up my family – my siblings, and my mother, who chats with me in the mornings, off-Zoom.

In a recent conversation, we were discussing a favourite topic – the perfidy of the current American president. For my mother, surviving the pandemic has become personal – a fight to the finish.

‘I don’t care if I die in the Uber on the way home from getting the vaccine – I am not going to let him kill me!’

My mother, like my family, is more interesting, complex and resilient as a person than as an idea. My daughter is right.

We will be fine if and when we ever get off Zoom.

Catherine Temma Davidson
CATHERINE TEMMA DAVIDSON is a novelist, poet and essayist who grew up in California and now lives in the UK. Her first novel, The Priest Fainted, was chosen as a notable book of the year by both The New York and LA Times.  She teaches Creative Writing at Regent’s University in London.
Categories: Covid 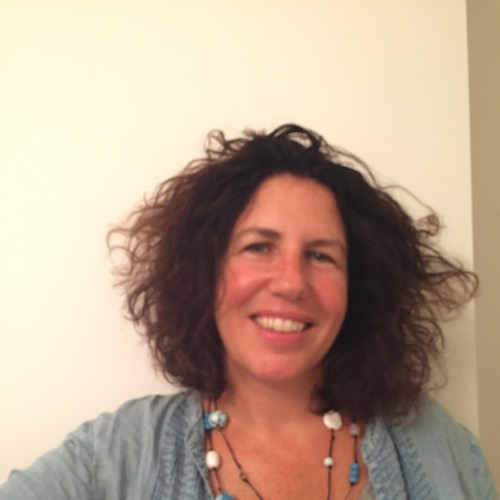 Catherine Temma Davidson
CATHERINE TEMMA DAVIDSON is a novelist, poet and essayist who grew up in California and now lives in the UK. Her first novel, The Priest Fainted, was chosen as a notable book of the year by both The New York and LA Times.  She teaches Creative Writing at Regent’s University in London.