In my conversations with friends who are fathers I noticed that many of us feel we are the ones devoting most of the time to our children’s distance learning during the Corona pandemic. Very few women agreed with this view. Men have been writing about the wonderful experiences this period introduced in their lives: being at home, getting to know the children and cooking for their families. While these maybe novel experiences for many men, they are the daily routine for many women, including those with full time jobs outside of the home.

Since the 1970s, the work of American artist Mierle Laderman Ukeles’s (b. 1939) has been dealing with the blindness to the anomaly laying at the base of work and gender relations. Returning to her ‘Maintenance Art’ in light of the Corona pandemic can shed light on what we have lately experienced and reveal new insights on Ukeles’s art project.

The imbalances division of housework and gender relations has been analysed in the feminist discourse of the 1970s and in the feminist art of that period. Feminists argued that women’s inferior economic status had led to their dependency on men, effectively rendering them non-autonomous beings.

The solution offered by white feminists in the 1960s was seemingly simple: women would gain independence by going out to work. And indeed, many feminists embraced this idea, eventually demanding equal pay for their work. Feminists Marxists in the 1970s, however, demanded that the transparent labor of women (their various kinds of ‘care’) be recognized and validated by income as well.

Ukeles was a dominant voice in this field. After the birth of her first daughter in 1968, and in response to the tension she experienced between her role as an artist and as a mother, she composed the ‘Manifesto for Maintenance Art 1969!‘ in which she declared that she would henceforth perform all housework as art. She saw housework as ‘maintenance work,’ a type of labour that society views as inferior to other forms of work:

Maintenance is a drag; it takes all the fucking time (lit.)

The mind boggles and chafes at the boredom.

After writing the manifesto, Ukeles made several kinds of Maintenance Art. She documented several performances at home that make the transparent subjects of motherhood and housework visible. In her well-known Maintenance Art Performance Series (1973–74), Ukeles featured herself washing museum floors and performing other cleaning jobs in an exhibition space, thereby connecting the daily drudgery associated with motherhood and managing a household with the centres of art. She expanded this feminist approach to other service jobs, including those typically performed by men who are viewed by society, like women, as second-class citizens.

In each of these projects, Ukeles brought attention to the unseen and little-recognized labour that women, some museum employees, and sanitation workers perform regularly, investing it with a value that is ordinarily denied.

Ukeles did not rebel against women’s work per se, but instead argued that private work was no less important than public work, and housework was therefore worthy of remuneration. Transforming maintenance into art awarded it visibility and prestige; it was displayed in the public space of the museum and received respectful attention from curators, critics, and audiences. Her project underscored the inferior status accorded to maintenance work of all kinds and challenged the relegation of maintenance work to an invisible realm.

In fact, the premise underlying maintenance art was to expose the societal establishment that created meaning and prestige. When Ukeles transferred maintenance work to museums and reconstructed it as art, she was effectively indicating the institutional aspect of imbuing certain social practices with value.

Already in the artist’s first big project in the framework of Maintenance Art two things gained a distinct expression: the unravelling of distinctions between art and life and the insight that exposing artistic structures enables to shed light on broader social structures as well.

Since 1977, Ukeles has been the artist in residence of the New York City Department of Sanitation. Within this framework she created the Touch Sanitation Performance (1978–80) designed to give voice to people working in the devalued sanitation profession. In the performance, Ukeles set out to shake the hand of every single worker of the New York City Department of Sanitation as a gesture of thanks for the work they do for the city. As she greeted each of the 8,500 sanitation workers, Ukeles thanked them ‘for keeping NYC alive.’

From her artistic and Jewish Orthodox perspective, Ukeles explained that ‘as an artist, it is my job to make visible what usually is not so visible, to find value in everyday living—which, I feel, is a very Jewish idea.’

Looking at the situation of our lives during the Corona crisis in light of Maintenance Art, can shed light upon the transparent labor and those busy with it, and intensified our understanding of its necessity for functional life. Such examples are trash removal laborers and restaurant delivery workers, often being immigrants of lower socioeconomic status.

Beyond this, in the Israeli context where I reside, it offered us an outstanding example for what happens when maintenance and care jobs remain transparent. For many in Israel, the attempt at getting back to routine and regenerating the work market, in a time when the economy was open but the educational system not, has been a difficult scenario.

The removal of some social distancing regulations together with the necessity to go to work occurred while the schools and day-care programmes were still partially closed. In what world can decisions be made about work schedule, while childcare is unaccounted for? To me it seems that this can happen only in a place where the labour of education and childcare is transparent, and when the majority of the decision makers are male.

David Sperber
Dr. David Sperber is an art historian – until recently a postdoctoral associate at the Institute of Sacred Music, Yale University. Currently, he is a fellow at the Shalom Hartman Institute, Jerusalem. Sperbers’ forthcoming book to be published by the Hebrew University Magnes Press is entitled Devoted Resistance: Jewish Feminist Art in the US and Israel.
Categories: ArtCovid

Golems and My Journey Back to Life 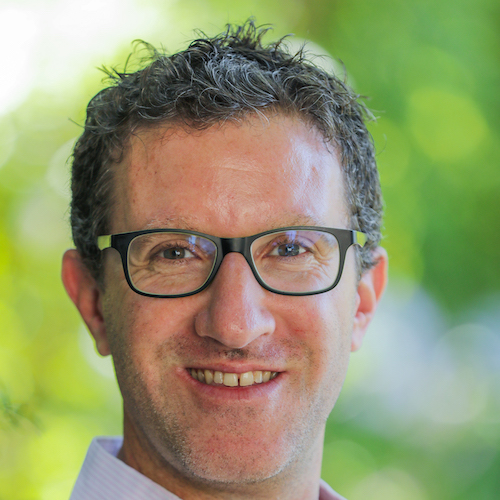 David Sperber
Dr. David Sperber is an art historian – until recently a postdoctoral associate at the Institute of Sacred Music, Yale University. Currently, he is a fellow at the Shalom Hartman Institute, Jerusalem. Sperbers’ forthcoming book to be published by the Hebrew University Magnes Press is entitled Devoted Resistance: Jewish Feminist Art in the US and Israel.