A dream-like state. Thousands of random flashing images gradually replaced by a piercing, high frequency sine-wave and my wife’s urgent pleas to ‘wake up! Wake up! Kirk, wake up!’

After initial confusion, I realised I had passed out in the lobby of our apartment block. I remembered exiting the lift and telling my wife I felt very faint. It was early morning and I hadn’t eaten, so I sat down on some nearby stairs to gain some equilibrium. My wife tells me I then fell sideways knocking my head against a wall – unconscious.

I managed to lower myself to a horizontal position on the cold, tiled floor – a passing resident called an ambulance whilst a cool breeze dried my profusely sweating body.

Several hours and an array of tests later, I was sent home from hospital. Nothing physically wrong – but nor was I dehydrated and glucose levels were within the norm. A bit of a mystery.

A few days later – heart palpitations. Hundreds of them throughout the day – the strongest leaving me breathless. Another trip to the Emergency Department and an overnight stay hooked up to various monitors. My heart rate was erratically going from 60 up to 130bpms – for no obvious reason.

Home again – I developed a slight dry cough and would wake every night in a pool of sweat. Then I developed mouth sores and I fainted again. I was told I probably had a virus – and to completely rest up. I cancelled all my DJ gigs. It was early January – reports of a virus were emerging from China.

With the prospect of weeks at home resting up – I decided to tackle some challenging novels. Lucy Ellmann’s Ducks, Newburyport had attracted my attention, having been shortlisted for the 2019 Booker Prize. Ellmann’s father – James Joyce biographer and scholar Richard Ellmann – had gotten me through Ulysses in my early twenties. I would read a chapter of the novel, then read Ellmann’s commentary in his guide Ulysses On The Liffey, then re-read the chapter.

Those who knew and studied under Ellmann claimed he would quote from the notoriously impenetrable Finnegan’s Wake. I wondered how Ellmann achieved this extraordinary level of scholarship. The son of a Romanian-born Jew, he made his academic legend studying Yeats and Joyce rather than Jewish culture. I pondered whether Yiddische Kopf was hereditarily handed down from his father who trained at the famous “Mother of Yeshivas” in Slabodka, Lithuania. If trauma can be inherited – why not Yiddische Kopf?

Ducks, Newburyport is over one thousand pages long – with few full-stops. An interior monologue of a middle-age, middle-class American woman as she combines running a home-based bakery business with raising a family. Clearly indebted to the infamous ‘Molly Bloom’s Soliloquy’ section of Ulysses, Ducks, Newburyport is far simpler in content: environmental concerns, financial worries, intrusive sexual thoughts, US politics are all pondered, driven along by a repetitive but clever literary device which starts each train of thought with ‘the fact that’.

The fact that nothing much happens plot-wise is of little importance. The stream-of-consciousness has plenty of humour, esoteric – yet interesting facts and relatable universal concerns made for an enjoyable read.

But 350 pages in – my night-sweats began to get worse. My entire body became hot to the touch. I could only manage a few minutes reading before my mind collapsed with the bombardment of words. The stream of consciousness became merged with a return of the thousand-images-per-second stream of unconsciousness I had upon that first fainting episode.

An ambulance was called as I became too delirious to communicate much to my wife. My mouth was continually dry, but if I tried to drink I would dry heave. The medics confirmed suspected COVID-19 – they had seen this temperature all too often recently.

Over the next week I drifted in and out of sleep in a delirious existence. At one stage I had to tell myself how to drink. ‘Your body has a stomach. Your head has a mouth. They are connected internally’. My body was like an oven, yet I was shivering as if naked in a mountain cave. My sense of smell completely disappeared.

After struggling to reach the bathroom one evening I almost passed out whilst urinating. I managed to stumble back to my bed and collapsed. I awoke the next morning feeling like an evil had lifted. My body felt cooler – I no longer had a mist of sweat around me. My mind was clearer and to the relief of my wife, I was able to communicate properly for the first time in a week.

I slowly built up strength and looked forward to reading again. It was April now – everyone was in lockdown and my industry in particular was completely inactive. My apartment became my own Magic Mountain – time measured by Mann’s ‘silent nurse’. Sadly, I couldn’t face Ducks, Newburyport. I rarely give up on books and I was really enjoying it. But the assault of internal thoughts was something my brain couldn’t cope with as I slowly recovered.

I turned to another challenging novel. The celebrated Hebrew writer Y.S. Agnon’s Only Yesterday.

A radical change in narrative style. A deceptive, overly-simplistic form in bite-sized short chapters – I comfortably settled in. First published in 1945, Only Yesterday takes us back to the Second Aliyah c.1910. Our protagonist is an unremarkable, naïve Galician Zionist who ‘ascends’ to Ottoman era Palestine and finds a reality of joblessness, disease and a multitude of conflicts: orthodoxy/secularism, tradition/modernism, socialism/individualism.

These conflicts are played out in the historic settings of Jaffa (Tel Aviv is barely a few dwellings amidst dusty sand dunes). It’s a lengthy novel with a rhythm akin to a Biblical text or classic Hebrew poetry. Some sections were completely baffling – which I put down to gaps in my knowledge of Talmud legend, the Zohar or perhaps the difficulty of rendering an early-modern Hebrew into English – and halfway through the novel I started to struggle. The simplistic stylized format began to drag.

But this is where Agnon’s deceptive approach abruptly made sense for, just at this point our protagonist suddenly decides to go to Jerusalem. Amongst a spectrum of the gently pious to the fanatical, he finds a Jewish community very different from the secular, modern socialists of Jaffa.

In contrast to the young Zionists who ‘ascended to the Land’ to ‘build and be built’, Jerusalem Jews were mostly pious scholars and/or elderly. Materially desperately poor, but spiritually at the heart of their religion, they survived mostly on contributions from ‘outside the Land’. (In an increasingly secular world they were sometimes referred to in derogatory terms as a ‘Schnorrer society’.)

It is here, in a drought-affected Jerusalem that our protagonist commits a seemingly absurdist act – painting the Hebrew words ‘crazy dog’ – on one of the cities strays. Believing the dog (named ‘Balak’) is rabid, local Jews shun him, throw stones, kick out. His only option is to seek safety amongst non-Jews who cannot decipher the Hebrew painted on his skin.

A curious historical novel telling of the ‘heroic’ period of early Zionism suddenly morphs into a macabre, Kafka-esque tale with multiple layers and no explanation from the narrator. As Only Yesterday has become a classic novel of early Modern Hebrew, many scholars have theorised about the meaning of Balak. Hopefully this piece will inspire others to read this landmark in Jewish Literature and come forth with more possible explanations.

Suffering from COVID-19 during this period added an extra-dimension to my reading. Without giving away the plot, the illnesses, raging thirst, and madness experienced by the characters all resonated with an empathy perhaps more finely tuned due to my experience.

Although the virus has left its mark with fatigue, the odd moment of breathlessness and tinnitus I am gradually getting stronger each day – and I will return to finish Ducks, Newburyport. I will! 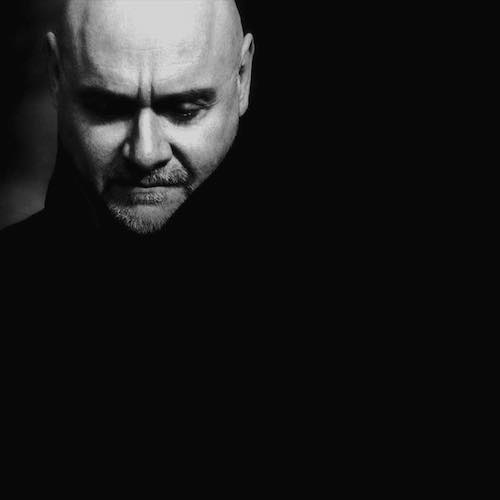 Kirk Degiorgio
Kirk Degiorgio is a UK based record producer/DJ and writer. He has written various articles on music culture for The Wire, Dazed &amp; Confused, Wax Poetics, etc.