My family is Jewish, Muslim, and of color. Though our children are white-passing, they are 1/4 African-American, and we are raising them Jewish through a Sufi lens. We live in a predominantly Black working-class neighbourhood where we are welcome and seen. As a third generation survivor, I was immersed in stories of the Holocaust since I could learn to speak. And, like the neurology of a person who has learned multiple languages, I have recognized the authoritarian persecution inscribed against people of color, and the Black community in particular, since a young age. For myself, the Black Lives Matter Movement is as much a central call for dignity and institutional justice as it is as a reflection of my own family and experiences.

I had a privileged, idyllic childhood in Canada, where my best friend was mixed race. My other close friend was Palestinian; she lived next door, and sometimes we would fight dramatically, clutching the backyard fence that separated us and calling out names we had overheard from our parents, (who, to their credit, encouraged reconciliation). I remember the three of us playing in her renovated basement where we would dance awkwardly to Madonna MTV videos or go outside to bicycle. I shared carpools with Mohammad, a sweet curly-haired kindergartener, while our mothers held hushed but respectful geopolitical arguments in the front seat. I also remember the swastika my parents said they saw etched into the trees when we first moved there. This mosaic of friendship, culture, and dialogue shadowed by the fringe presence of white-supremacy has been foundational to my life-perspective: just as I seek out intersectionality and authentic connection, I am also hyper-aware of bordering threatening forces.

Despite the many microaggressions I experienced years later as a Jew growing up in the US suburbs, the memory that haunts me most is one of racial discrimination, when a little Black boy who I considered a good friend simply disappeared from middle school one day. I was told that he was followed home where it was discovered ‘he didn’t live here’. The arbitrariness of the district line he was swallowed up by seemed two-fold: that of the literal City Line, its division between my school and the city, and more perniciously, the intent of an adult, presumably white, who chose to question, stalk, and expel this child.

I often wonder about the epigenetic trauma of homelessness and genocidal survivorship, and how it both informs my emotional capacities, as well as kinship to other marginalized communities. I come from a long line of Eastern European Jews exposed to pogroms. My parents were Russian Jewish refugees, and both my grandfathers, though innocent, were condemned by the KGB. One grandfather was even sent to Siberia twice; the other was said to have died from a stroke in jail as a condemned ‘enemy of the people’.  My grandmother survived Auschwitz: I was told she was in line to the gas chamber and got into an argument with a Nazi soldier in defense of her young nephew and niece. He sent her to the work camps. Sometimes the story changed so that instead he was softened by her green-eyed gaze; I was also told that it was not even a line to the gas chamber at all but to the ovens, where her family was burned alive. All of these horrific accounts lived equally true in the variance they were told to me by my mother, herself a damaged survivor, born only two years after liberation.

The current popular phrase of ‘all lives matter’ is as revolting in its gaslighting as it is nonsensical. I think back for example to the day my five-year old asked, ‘what does “matter” mean?’ after seeing a parade of BLM signs on the lawns of the suburban neighborhoods I sometimes drive through, and the pained, secretive way my husband tries to protect the children from the overt racist violence he has suffered. When I look at my husband’s face I think back to our wedding, and Trayvon Martin who was murdered at age 17 on the same day, racially profiled after coming home from the store with nothing in his pocket but a bottle of ice-tea and Skittles; I think of 12 year old Tamir Rice, the little boy who picked up a toy gun with the normal, playful fascination many little boys have, and whose body lay unburied for five months while Cleveland dragged its investigation and his mother moved to a homeless shelter rather than live next door to the site of his police-sanctioned murder. I think about Ahmaud Arbery every time I run in the lush mansion hills of nearby suburbs, the touch of his hand and his thoughtful gaze upon the inner beams of the construction home he visited before he was killed. I think about his deep inhale, and all of its implications of hope and life. I think about Philando Castile, who worked at a school cafeteria and was known to be especially kind to children with food allergies; Jonathan Ferrell, a 24 year old former college football player who was shot 10 times by police after they were called when he knocked on a stranger’s door seeking help from a car accident; beautiful, compassionate, Breonna Taylor, who was shot by police while she was sleeping, and all the innocent souls– George Floyd, Eric Garner, Sandra Bland — too many to name here.

As an experimental artist, as a Jew, I am interested in the fragmented story and the meaning we make from its jagged edges, and the how of how we make the pieces fit. But as a global nation, we are past performatives and theorizing. We are overdue for justice, and we are even farther overdue for repair. It is time for reconfiguring the criminal justice system, reparations, and accountability.

Daniella Vinitski Mooney
Daniella Vinitski Mooney is a part-time lecturer at the University of Pennsylvania and freelance performer and dramaturg trained through the NYU Tisch School and the Royal Academy in London.  Her creative and academic areas of expertise are acting, directing, physical dramaturgy, and the immersive theatre framework.  She is also a dual Canadian/American citizen
Categories: UncategorizedJudaism 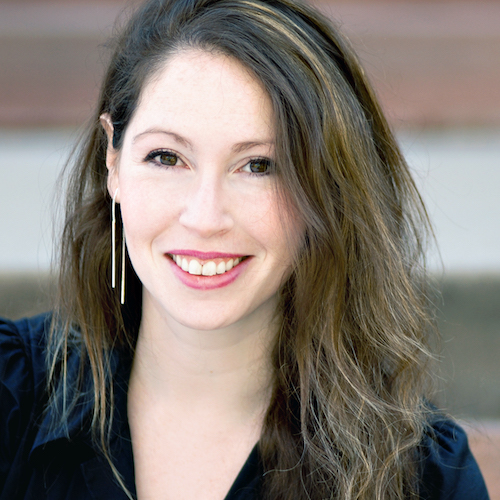 Daniella Vinitski Mooney
Daniella Vinitski Mooney is a part-time lecturer at the University of Pennsylvania and freelance performer and dramaturg trained through the NYU Tisch School and the Royal Academy in London.  Her creative and academic areas of expertise are acting, directing, physical dramaturgy, and the immersive theatre framework.  She is also a dual Canadian/American citizen