Australian drama, A Place to Call Home, by Bevan Lee, premiered in 2013, follows Sister Sarah Nordmann (née Adams), played by Marta Dusseldorp, as she returns from two decades in Europe to 1950s Australia. After nursing in the Spanish Civil War, she spends the rest of the 1930s in Paris, with her Jewish husband — she has converted to Judaism so they can marry. They are caught up in the tides of history – while he is sent to Dachau, she ends up in Ravensbruck. Eight years later she is still haunted by the trauma and spectre of war as she returns to the country of her birth, and to the mother who shuns her for her ‘Jew name’.

This remarkable series integrates Sarah’s Jewish identity into the series, as a central and vital aspect of her character. She prays in Hebrew, speaks in Yiddish when opportunities are presented, teaches rural Australia about Jewish rituals, practices and observance. And she keeps doing it. It isn’t a single Shabbat dinner, but a regular tradition that recurs as a symbol of her difference and independence, as well as a way to mark out her identity to the people she loves. Jewish rites of passage are marked often with help from the locals.

The multiple layers of antisemitism the series explores, including the sneering of polite society, the anti-Zionism of international diplomats, the hostility of the parish vicar to Jews as the killers of Christ – a view he has been teaching the local children, and the commie-Jew prejudice of the local policeman offer a depth and richness to understanding the Jewish experience in the mid-twentieth century.

Careful parallels are drawn between Holocaust trauma and those of others deeply damaged by combat in ways that broaden our understanding of the post-war landscape, without negating the difference and particularity of each kind of trauma. This approach helps frame the post-Holocaust silence of survivors generally, while carefully exploring the cruelty of those who seek to use individuals’ survival as a way to cast aspersions on their character.

The series particularly succeeds because it does not attempt to whitewash the Jewish identity of the protagonist.  Her Jewishness, and the prejudice of society, are as clear to her as they are to the cast of characters who would wish her anything but Jewish. As her fortunes become intertwined with the Bligh family, we see the tension between the end of the Victorian values of pre-war Australian society, and the rise of modernity in the 1950s with a new generation. Through the small cast we see many of the barriers of class and ethnic difference being overcome. But in a telling moment in series 4, Sister Nordmann’s romance with a non-Jewish character is paralleled to the romance between two gay male characters. Though there is nothing illegal about her situation whereas sodomy is punishable by imprisonment, it is far more socially problematic than that of the two men who appear to the public as friends at a gentleman’s club.

This compelling melodrama set in rural New South Wales is worth viewing – and consider the two possible endings offered for the end of series 2. The series resonates in the mind long after each episode has finished.

All six series can be viewed on UKTVPlay as well as Amazon Prime and Acorn TV. 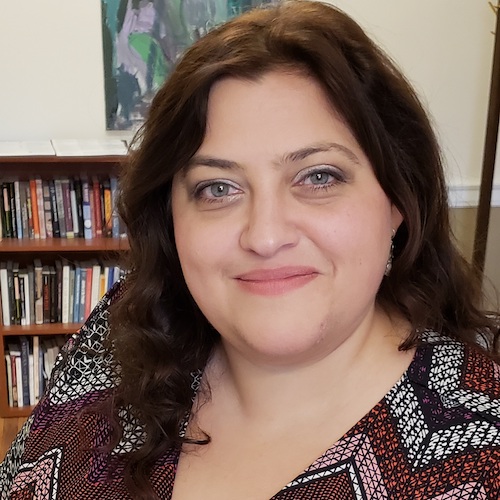