On the twenty-fourth anniversary of his death, I thought I would mark the occasion to remember my friend, Rabbi Hugo Gryn.

It was in the mid-1970s, in Jerusalem, when a longtime friend, Rabbi Levi Weiman-Kelman, introduced me to a visiting London rabbi and his family.

I had been spending my junior year of college at the Hebrew University in Jerusalem from 1970-1971 and decided to stay on afterwards. Rabbi Levi and I had met when we worked together at the Brandeis-Bardin Camp Institute outside Los Angeles in 1974. The following summer, I was in Jerusalem to begin researching my first novel, The Damascus Cover (Hodder and Stoughton, 1978).

Rabbi Hugo Gryn of the West London Synagogue, as well as regular broadcaster on interfaith dialogue on BBC’s Radio Four Thought for the Day and The Moral Maze, immediately ‘adopted’ me as a member of his family.

I saw them all on Upper Montague Street on my frequent visits to London. It was not that I was so fascinating in my late twenties, though I may have been. By that time, I had been to the Soviet Union twice to meet with Jewish dissidents, which interested him.

More importantly for Hugo, my mother had been born in Beregszasz, a small Hungarian town within the borders of Czechoslovakia before World War II. Hugo had been born in 1930, four years after my mother — also in Beregszasz. They had not known each other but the coincidence excited and touched him deeply. With roots in that small town, I was family.

In my 20s then, I felt that connection less than he did, but I was deeply touched and honored by his drawing me close. We talked about wide ranging issues from the Holocaust to politics, to Israel and Great Britain. Hugo was a moral beacon for me.

Two different days with Hugo, who died prematurely on this day in 1996, leap to mind. He once took me to the symphony and was unhappy that I had neither jacket nor tie to wear. With British stiff upper lip, he managed while I wore khakis and a long-sleeved shirt.

On another trip, Hugo took me to meet his close friend, the historian and Winston Churchill’s biographer, Martin Gilbert. I was particularly excited because, in the 1970s, when I taught at Los Angeles Hebrew High School, I had used Gilbert’s wonderful book of maps on Israel which made history much more accessible for my high school students.

So many years later, I don’t recall much of that afternoon. Gilbert’s study was crowded with papers and books and he was soft spoken and charming. Of course, we had tea. Before Hugo and I left, Gilbert reached behind him and pulled one of his books, Sir Horace Rumbold: Portrait of a Diplomat 1869-1941, and autographed it for me. On January 27, 1983 he inscribed, ‘To Howard. With the author’s kind regards. Martin Gilbert.’

I’ve never quite managed to read it, but I cherish it with great passion nonetheless.

In 1991, Hugo’s daughter, Naomi Gryn, released a documentary, Chasing Shadows, she filmed while accompanying her father to Beregsasz. She came to Los Angeles to screen it at the Simon Wiesenthal Center and we had a chance to catch up. Every once in a while, I watch it again, to see my mother’s hometown but even more to hear Hugo’s warm voice.

Howard Kaplan
Howard Kaplan is the author of the novels THE DAMASCUS COVER, BULLETS OF PALESTINE, TO DESTROY JERUSALEM, and THE SPY’S GAMBLE. The film adaptation of THE DAMASCUS COVER, starring Sir John Hurt in his final film, Jonathan Rhys Meyers, and seven Israeli actors is available on Hulu in the U.S. and distributed in the UK by Lionsgate films and currently available on iTunes and Amazon.
Categories: ReligionJudaism

i love this, howard …
have naomi or jackie seen it?
thanks to you, i’ve reconnected with them ❤️
i knew levi, too – and his parents and aunts and uncles, my in-laws friends – crazy shabbat dinners at the kelmans :)) i think i shared already? we were involved with brandeis bardin, too –
shlomo …
i’ll read here some more – hugs across the mini miles – masked and behaving …
bev 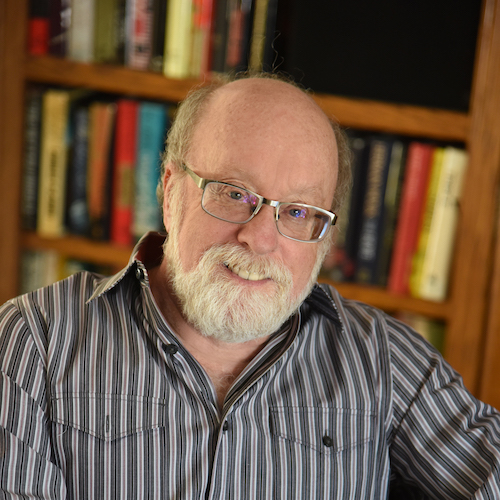 Howard Kaplan
Howard Kaplan is the author of the novels THE DAMASCUS COVER, BULLETS OF PALESTINE, TO DESTROY JERUSALEM, and THE SPY’S GAMBLE. The film adaptation of THE DAMASCUS COVER, starring Sir John Hurt in his final film, Jonathan Rhys Meyers, and seven Israeli actors is available on Hulu in the U.S. and distributed in the UK by Lionsgate films and currently available on iTunes and Amazon.