Will the Board Speak Truth to Priti Patel?

Looking ahead to tonight’s BoDCast with Priti Patel, Jon Abrams wonders if the Board of Deputies will find the courage to speak the truth to power.

I’m looking forward to tonight’s Board of Deputies BoDcast featuring a conversation with Home Secretary Priti Patel. Will the Board schmooze with Priti? Or will it take seriously its commendable commitment to Jewish social justice and ask searching questions about the government’s racist hostile environment policy, the Windrush scandal, and inhumane policy towards refugees and asylum seekers?

At this point, we can only speculate as to the reasoning behind the invitation. Is it to curry favour with the current Conservative government? Or, is it to signal that the Board will be adopting the traditional approach of the ‘court Jew’? Or will the Board of Deputies President, Marie van der Zyl, and Chief Executive, Gillian Merron, ask searching questions about why the government deports British citizens?

Board of Deputies President Marie van der Zyl defended the decision by saying, ‘The Home Secretary is responsible for the community’s security and leads on the Government’s response to antisemitism — both online and offline — issues which Priti Patel has long taken very seriously.’ She then added, that the Bodcast provides ‘an opportunity to discuss other matters of interest to the community within her brief, including refugees, immigration and cohesion.’

Whatever the reasoning, the invitation to Patel has stoked up a furore on social media. For one thing, the optics are terrible. What message does this send to other minority groups in the UK? That so long as we are alright, we can ignore the fact that Jews don’t tend to suffer ill-treatment at the hands of a Tory government and are content to stand by while others do?

Some have pointed out that it is beyond the pale to invite her on to a public platform in effect giving the government a kosher seal of approval. Keith Kahn-Harris, for example, wrote:

As a Jewish communal body, it’s the Board’s job to develop workable relations with whoever is in government. But that doesn’t mean public platforms, which implies a closer relationship. Selective racists like Patel thrive on the imprimatur from selected minorities.

Others, in the community have finally had enough of hearing how the Board ‘opposes racism’. Nadine Batchelor-Hunt implored the Board of Deputies

to stop using Black Jews a way of virtue signalling after their decision to invite Priti Patel on their podcast despite having no history of holding her to account on her racist rhetoric. And I’ll no longer be participating in your commission [on Racial Inclusivity in the Jewish Community].

Sussex Friends of Israel, however, whole-heartedly support the invitation, insisting that the discussion was important because she is ‘the Home Secretary, a huge supporter of Israel and a stalwart friend of the Jewish community.’

The Board’s recently published Jewish Manifesto referred to our own recent history:

The UK’s Jewish population is largely an immigrant community, having arrived in the UK as either economic migrants or refugees fleeing persecution. As such, the Jewish community takes a particular interest in the plight of immigrants and asylum seekers, and shares a discomfort in loose, pejorative language that stigmatises new arrivals in this country.

Moreover, the Manifesto also draws on biblical texts explaining the importance of identifying with the migrant quoting Leviticus 19:33-34:

If a stranger comes to live in your country, do not mistreat them… You shall love your neighbour as you love yourself, for you too were strangers in the Land of Egypt.

But have we forgotten our own recent history? Over 100,000 Russian and Polish Jews settled in Britain between 1870 and 1914. And, not so long ago, it was Jewish immigration which was being debated in parliament. Depressingly the tone of the debate is remarkably familiar. In the House of Commons debate over the Aliens Bill 1905, Mr Alfred Emmot MP, for example, said:

Sir Howard Vincent MP was of the view:

The number of aliens in receipt of Poor Law relief last year was 6,003–4,000 in London, and the remainder in the provinces. That is a very considerable number for us to give entertainment to at the public expense. Then, again no account has been taken of the considerable hardship to the population of this country caused by the immigration of these aliens. The people of this-country have to work longer hours, and at lower rates in consequence, and in many places these aliens have driven the native population out of their occupations.

Compare this with the Kindertransport that took place prior to the outbreak of the Second World War when Britain took in nearly 10,000 Jewish children.

Lord Dubs, who himself was a Kindertransportee, said at the time, ‘I don’t know whether it’s total incompetence or whether it’s malice but the signal they’re sending is that they don’t like child refugees … It’s a very nasty signal.

The Talmud states: ‘Whosoever rescues a single soul is credited as though they had saved the whole world’ (which is fittingly inscribed on the Kindertransport memorial at Liverpool Street Station in London). So, what will the Board of Deputies do tonight: speak the truth to power or kiss its tuches? 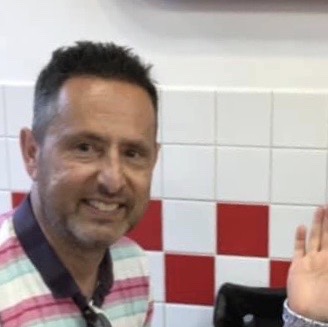