Being Jewish in Aberdeen, Rosh Hashanah 5781

Mark Taylor reflects on a strange year in Britain’s most northerly congregation.

Looking back at this year, as you do during Rosh Hashanah, it has been a surreal year.

This is Aberdeen Synagogue’s 75th anniversary year, and plans were ongoing to have a celebratory party but all of this has been put on hold.

The weather is still beautiful. It has been an amazingly sunny and warm summer. However, the profound distress and sadness that Covid-19 has brought to many people this year has been a black shadow hanging over everything. In Aberdeen we have been extremely fortunate; the impact on the Jewish and wider community has been small. Sadly, people in the region have died, but in the greater scheme of things it could have been far, far worse.

The run up to Rosh Hashanah in Aberdeen is always hectic as the Doors Open Days usually occur about the same time as Rosh Hashanah and we busy ourselves getting the shul ready to receive visitors. It is the big fund-raising event of the year. Teas, coffees, Jewish bakes and questions, lots of questions combine to make it an exhausting but enjoyable event. Not this year.

Then we have Eli, giving his time to travel up from London to take our Rosh Hashanah and Yom Kippur services. Putting up with our strange ways. Not this year, though. No Eli, no running around wondering where he is – has he got on the plane?  A few years ago, following the flooding of the shul, which occurred just before Rosh Hashanah, we relocated the service to a member’s front room, and thought all was well. But we lost Eli. He was travelling up for Yom Kippur. He never arrived. How do you find someone who should have been on a plane but wasn’t? Phone Eli – no answer. Ask British Airways if he was on board the plane.  Too simple, British Airways won’t tell you, they won’t even tell the police. Telephone London, the call for help went out. The Metropolitan Police visited his flat, no Eli. After hours of worry, Eli arrives in Aberdeen airport on a later flight, oblivious to the concern and frantic efforts to find him. The airport police see an old gentleman in the airport wearing a yarmulka. Ah! this must be Eli they say and arrange for a taxi to get him to Aberdeen, just before Yom Kippur comes in.

Back to Covid. Usually we hold a service on the first Saturday of the month. A minyan is rare so a socially distanced service is risk assessed and we will proceed with all doors and windows wide open. We open the shul for our first Covid service in August. We have a new roof installed, and thousands of pounds of debt. We open again at the beginning of September.

Are we having services at Rosh Hashanah and Yom Kippur? If we have a service will anyone want to come? Will too many want to come? Who will take the service? How? When? So many questions. Risk assessment. Risk assessment, the universal panacea. We do a risk assessment, tape measure in hand we recheck the spacing, work out how to space the chairs in the shul. How many people can we get in? Twenty? No. Fifteen? No? Ten? Yes, just. Ten, that wonderful number. If we were Masorti or reform we would have a minyan, but we aren’t so we don’t. Do we go ahead? Yes, says the committee. Yes, says the President. The President resigns. We carry on. Covid-19 secure? We check; we need a new toilet, we get a new toilet fitted.

Here we are Friday 18th September 2020, 1 Tishri 5781, students and members in the shul at 7pm. Temperatures taken, masks on, hands sanitised, widows open, doors open, security outside and off we go. Strange feeling. What will the service be like? Answer: that’s not important. What’s important is that we are here together, many of us strangers, gathered to remember the year and contemplate the future.

That’s being Jewish in Aberdeen, Scotland, the most northerly synagogue in the UK, Rosh Hashanah 5781.

In 1973, difficult to believe 47 years ago – I was the ‘Eli’ for Aberdeen. My late wife, Judy a”h, and I had been married a few weeks before, and we started married life in Oxford, where I was a graduate student in Jewish Studies. We arranged via Malcolm Weisman to lead davening in Aberdeen for RH /YK, and spent the intermediate days touring Scotland! It was our honeymoon. At our wedding, the photographer asked where we were going on honeymoon – “Aberdeen”, I replied. “Acapulco?” he said….. At that time the community was led and organised by Mr. (? Prof.)and Mrs Orkin. Mrs Orkin was a formidable lady, who very quickly let us know of her distinguished Sephardic ancestry (the Andrade family, if I remember correctly). We had a wonderful time. During our touring I bought a great Shofar in Pitlochry, which I still have. There were perhaps 30 in the congregation. I don’t remember a great deal about the services — except…… just as I was about to start Mincha on Yom Kippur, Mrs Andrade burst into the synagogue. “Egypt and Syria have attacked Israel!” she announced in a panicky voice…..
We returned to Oxford the following day, and bought a black-and-white television to follow the news. 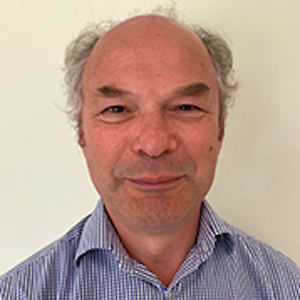