Nigel Grizzard reflects on the new and improved Rosh Hashana services this year.

What were my abiding memories of Rosh Hashanah as a child growing up in Woodford Green, Essex? Full shuls and long services that finished around two o’clock in the afternoon. Fifty years on in Leeds, things have not improved much.

Schlep it out was the message. Whatever the congregation wanted. There were sermons. There were appeals and there were long pauses.

But this year 5781 was different. At the Beth Hamedrash Hagodol in Leeds there was a choice of two services: the traditional service starting at half past eight and the shortened service at nine in the morning.

We had received a message from our President, Michael Eaton, in the pre-Yom Tov email, telling us the do’s and don’ts which can basically be summed up in one word: Behave. 5781 was not going to be the year for prima donnas.

I opted for the shortened service. But when I got there, I realised it wasn’t really a shortened service. It was the traditional service minus a few piyyutim. Ably led by Simon Myerson, we set off at a fast pace with our Gabbai David Jacobs keeping a firm control on the Aliyot.

There was no break, no sermon, just a lovely service that finished at 11.30. The full service which was taking place in the main shul, finished at the same time and we were let out into the warm September air.

I came home, had lunch and set off for a walk in Alwoodley, the Leeds Jewish District. Out and about were many other Jews walking, enjoying the sunshine having a real Yom Tov.

I had returned to shul two weeks earlier and was asked by family and friends what was it like ? To be truthful it was all part of the ‘new normal’. Just like I wear a mask in a shop, so as you approach the synagogue entrance there are sanitisers and masks at the ready. A year ago it would have seemed bizarre, now you just follow instructions and get on with it!’

So, what did I learn? There’s no need for long drawn out services on Rosh Hashanah. We can get through the liturgy quickly and, more importantly, you feel better for the rest of the day. Let’s hope some of the innovations for 5781 find a lasting place in the world of British Jewry.

Nigel Grizzard
Nigel Grizzard, originally from North East London, has lived in Leeds for many years. He is the Jewish Heritage Guide for Yorkshire (when tours are allowed) and enjoys working with people to help them find their roots.
Categories: ReligionJudaismCommunity 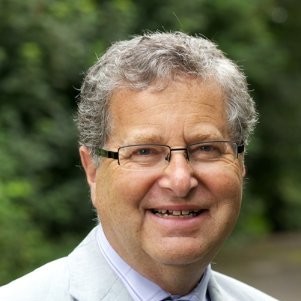 Nigel Grizzard
Nigel Grizzard, originally from North East London, has lived in Leeds for many years. He is the Jewish Heritage Guide for Yorkshire (when tours are allowed) and enjoys working with people to help them find their roots.