When Joe Biden announced his candidacy for President of the United States, c1984

Louis Gordon recalls a career-defining speech from over two decades ago.

Thirty-six years ago, during my senior year at Brandeis University, I attended Herut USA’s conference in New York City.  It was the first such event by Herut in many years and was well attended largely due to the featured speakers who included then former Israeli Defense Minister Ariel Sharon, and a lesser known senator from Delaware named Joe Biden.

Like many of those in attendance I was looking past Biden to Sharon’s speech, but I was taken aback when I heard the tall youngish senator from Delaware resolutely announce, ‘if I was a Jew, I’d be a Zionist’.  I managed to capture on tape the rest of Biden’s speech, which was delivered with a force and passion I had never heard an American politician display towards the Jewish state.

Those who have come of age in the years since that time may not recall that circa 1984 the Republican Party, despite Ronald Reagan, was not as supportive of Israeli political positions, as it is today.  So, it was not surprising to hear Biden voice his skepticism about Defense Secretary Casper Weinberger and bemoan the loss of great pro-Israel senators like Scoop Jackson, Frank Church, Hubert Humphrey and Jacob Javits, all of whom, except for Javits, were Democrats. And given the anti-Israel rhetoric that even then was becoming more common in the mainstream media, it was not surprising to hear Biden bemoan the fact that many of the new senators were ‘devoid of an understanding of the needs of Israeli security”‘ or a ‘moral  commitment’ to the Jewish state.

Still, on that day, Biden, made some startling admissions for an American senator. This included his acknowledgment that, a year earlier, the United States had subjected marines, who had been blown up by Hezbollah in Lebanon, to an eight-hour flight, instead of accepting medical help at nearby Israeli hospitals, because ‘we did not want to offend the Arabs’.

While some of Biden’s concerns circa 1984 are largely irrelevant today, one part of his speech is of great historical significance. That is his version of the story that Israeli diplomat Moshe Zak would in 1992 recount in the Jerusalem Post. It regarded the then Israeli Prime Minister Menachem Begin’s defiant response to Biden after he had challenged the emergence of Israeli settlements ‘and threatened that if Israel did not immediately cease this activity, the U.S. would have to cut economic aid to Israel’.  Among those in attendance at the Herut Convention was Begin’s son, Benny, who held a Ph.D. in Geology from the University of Colorado and who would later go on to serve in the Knesset. Addressing the younger Begin, Biden noted,

Doctor, your father became very angry with me on one occasion…we raised our voices to one another, privately, because he misunderstood something I said…. He thought that when I was talking about U.S. aid to Israel, that I was doing it in a condescending way, and he rose before my colleagues and he said, and I’ll never forget it, as long as I’m alive… “Let me make something clear to you. I am not some little Jew on a bended knee, trembling and begging for aid; I am Menachem Begin. I am the prime minister of Israel.”

The audience at the conference at that moment burst into a sustained round applause.  Then the Senator continued, ‘I hope that none of you misunderstand what I’m saying’ before defiantly announcing that he was going to attempt to make good on promises, economic and otherwise, that the United States had made to Israel but had not kept.

There are some other things from that afternoon that seem particularly prescient today. This includes the fact that Ariel Sharon, following Biden, predicted in those pre-computer and pre-internet days that within ten years Israel would be an international leader of high-tech industry. Still, the Senator from Delaware was so surprisingly forceful and articulate that it is his speech that day that sticks out in my mind. When he finished, my father — a supporter of Israel’s Labour Party — who I had somehow managed to drag to the conference that day, turned to me, and said with a smile, I think this young man has just announced his candidacy for President of the United States. 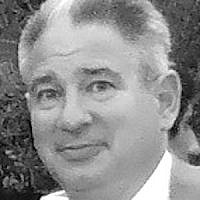 Louis Gordon
Louis Gordon, is an Immigration Defense Attorney and Political Science Professor at California State University at San Bernardino. His is co-author of Middle East Politics for the New Millennium (Lexington Books, 2016).