A fascinating documentary about Hungarian-Jewish émigré director, Alexander Korda (1893-1956), was screened on 25 September on BBC4. (It is still available to watch on BBC iPlayer. Titled Churchill and the Movie Mogul, it relates the relationship between Korda and Churchill from the 1930s up to and including the Second World War.

Unfortunately, this is mainly a documentary about Churchill. Although acknowledging that Korda was a Hungarian-Jewish immigrant who cinematically constructed a narrative of ‘Englishness’, the documentary is too provincially nationalistic to attempt an explanation for Korda’s English patriotism and Second World War propaganda movies. These wonderful movies included The Four Feathers (1939) and Lady Hamilton (1941) known as That Hamilton Woman in America. Korda’s hyphenated-Jewish identity, his precarious situation as a Jewish immigrant in England, and his urgent opposition to Nazism are simply not considered. Yet these must be among the key reasons why Korda was attracted to Churchill.

As the title Churchill and the Movie Mogul suggests, this is really a documentary about the former, with Korda as a man depersonalised to a generic (non-English, indeed Jewish) ‘movie mogul’. Being a familiar form of provincial-nationalistic iconography, the focus of the documentary is on Churchill as a man and Korda as a non-English movie-maker.

Still, it is fascinating to learn that Churchill had a cinematic imagination and even wrote screenplays for Korda in the 1930s. Moreover, Stephen Fry makes the excellent point that during the Second World War Churchill created a cinematic ‘character’ for himself – including the V-fingers sign, the cigar and the homburg hat, which were strikingly recognisable visual symbols for his global audience.

Unfortunately, the existential situation of Korda disappears behind a cinematic and political biography of Churchill. The word ‘Jewish’ also disappears. It is used just once, and this out of necessity to explain the reason for Korda’s arrival in England as a refugee from Hungary. The documentary claims this was to escape Horthy’s antisemitic regime in 1919; and although this is true, it is not made clear that Korda’s first choice of refuge was Austria. Indeed, Korda worked in Austria, Germany and the United States before relocating to Britain in 1932.

Antisemitism thus firmly de-territorialised to Hungary, the documentary refuses to utter the word ‘Jewish’ again. This is despite the fact that the actor Leslie Howard is introduced as the star of The Scarlet Pimpernel (1934). Howard’s own Hungarian-Jewish parentage – he was born Leslie Howard Steiner to the Hungarian-Jewish Ferdinand Steiner and British-Jewish Lilian Blumberg – is metamorphosised into a ‘Hungarian’ nationality. Indeed, Howard is erroneously referred to as ‘Hungarian’, despite the fact that he was born and bred in London SE19. Churchill and the Movie Mogul is clearly making the point that Howard, like Korda, was only pretending to be a quintessential ‘Englishman’. This raises the question whether a London-Jew like Leslie Howard should be classified as ‘foreign’ at all.

Interestingly, the connection between Korda and another Hungarian-Jewish émigré Emeric Pressburger is also passed over in silence. Together, Powell and Pressburger made The Life and Death of Colonel Blimp (1943), A Matter of Life and Death (1946) and Black Narcissus (1947). These are beautifully shot, profound and passionate movies which break the mould of ‘English’ politeness, restraint and superficial atmospherics.

Of course, there is a limited amount of time in any documentary; this one lasts just under an hour. Still, it is noteworthy that Pressburger was working for Korda during the 1930s, and that it was due to Korda hiring Powell in 1939 as a contract director that Powell met Pressburger. Their first movie together – a World War One spy thriller, The Spy in Black (1939) – was shot at Korda’s Denham Film Studios. Powell and Pressburger went on to make over twenty movies together.

The fact that neither Leslie Howard nor Emeric Pressburger are referred to as hyphenated-Jews suggests that, for documentary maker John Fleet, one Jew in relation to Churchill is enough. Two – or even three – ‘Jews’ might suggest a conspiracy. Of course, that would be a neo-Nazi wet dream.

After the Second World War, Korda bought the screen rights to most of Churchill’s books (including, for heaven’s sake, A History of the English-Speaking Peoples). This documentary does not consider just how grateful Korda must have been to Churchill for keeping Hitler out of Britain.

Despite such Jewish lacunae and evasions in Churchill and the Movie Mogul, this is a fascinating survey of Alexander Korda’s British film oeuvre.

Just saw this documentary on Turner Classic Movies. It was as you say, fascinating. I never realized that Korda was hauled in front of the Senate for “anti-American” propaganda, i.e. “That Hamilton Woman”(?). That this occurred just before Pearl Harbor makes me wonder if the Senate ever had the decency to apologize. It has whetted my curiosity about this still underappreciated movie genius who like Thalberg, died too young. 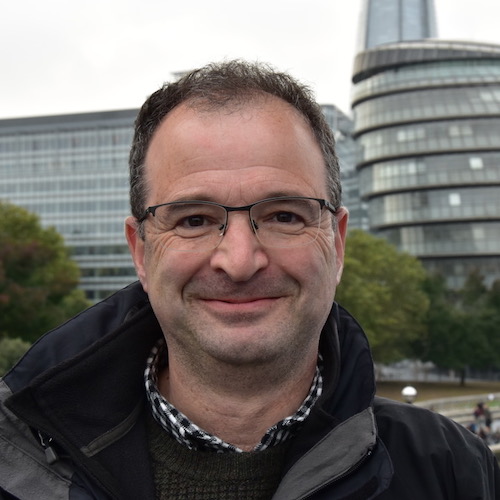