An apt way to seek some solace and distraction in this virus-laden 2020 is to celebrate the fortieth anniversary of Airplane! Released in the US and UK theatres in the summer of 1980, the film was the directorial debut of David Zucker, Jim Abrahams, and Jerry Zucker, a Wisconsin-born trio of writers that revolutionised film comedy. Aiplane! was their masterpiece.

The ZAZ trio took their first steps in the early 1970s as a theatre collective called ‘The Kentucky Fried Theater’. Their shows offered a combination of vaudeville, macabre humour, absurdist pantomime, madcap satire, word-play nonsense, and video inserts that spoofed TV commercials – all driven by the deconstructionist, lateral-thinking acumen of their Jewish humour.

Having relocated to Los Angeles, the innovative style of the trio and their knack for poking fun at the forms, contents, and conventions of media were soon noticed. The media-centric focus of their comedy is evident in their 1977 cinematic debut, The Kentucky Fried Movie (directed by John Landis), based on their live-theatre presentations. An anthology film that parodied a television schedule, it jumped from a morning talk shows, to film trailers, public-service messages, educational programmes, commercials, B-movie segments, and old-fashioned TV dramas, all subjected to ZAZ’s iconoclastic comical revisionism.

American cinema of the seventies was characterised by a wealth of parody and spoof films: that was the decade that saw Mel Brooks flourish with some of his top achievements – Young Frankenstein (1974), Blazing Saddles (1974), High Anxiety (1977) – as well as the decade in which the zany satire of the lampoon magazines, like The Harvard Lampoon or Mad magazine, were translated into cinematic vehicles, the most notable of which was National Lampoon’s Animal House (1978).

Woody Allen, too, before crossing into more serious and existentially-tinged territories, contributed a number of works within the parody/satire realm, like Bananas (1971), Sleeper (1973), and Love and Death (1975).

The other major genre of the decade was the ‘disaster movie’, which centred on some massive event that befalls a more or less large group of people, putting all their lives at serious stake. Famous examples of the genre are The Poseidon Adventure (1972), Earthquake (1974), The Towering Inferno (1974), The Swarm (1978), and the Airport tetralogy (1970, 1975, 1977, 1979), which narrated how a combination of various malfunctions, sabotage attempts, severely inclement weather, and sudden demise of the pilot(s) converged all into an imminent and spectacularly disastrous plane crash.

Airplane!, at a cursory look, seems to be precisely a spoof of the Airport series. We see the journey of a Los Angeles/Chicago flight abruptly turned into a deathly trap by the food poisoning of all the pilots. The only passenger with previous flight experience is Ted Striker, a former an army pilot but with no familiarity with such big an aircraft. Guided step by step through radio instructions from the control tower of the destination airport, Striker has not only to manage to land the plane in an increasingly stormy and foggy weather but also to land it soon as possible. Most passengers are food-poisoned and in critical conditions and, as if the situation weren’t dire enough already, a sickly bed-ridden kid is onboard en route to the Mayo Clinic where she is due for an urgent heart transplant. Despite these appearances, ZAZ’s is not merely a parody of the disaster-movie genre.

The name of Ted Striker is also that of the protagonist of a 1957 air-drama: Zero Hour! – the two films also share a sensationalistic exclamation mark in both titles. And if one watches Zero Hour! they’ll immediately realise that Airplane! reprises the plot of that film, and even adopts some characters and dialogue lines verbatim, so verbatim that ZAZ had to secure from the copyright holder a reuse license. The first novelty element that sets ZAZ’s film apart from the usual parody is that Airplane! is not so much a parody as a comic remake, because of its close adherence to the original text. Below is one example of ZAZ’s comedic reuse of serious dialogue lines:

They could be miles off course! That’s impossible. They’re on instruments!

ZAZ’s approach to comedy is eminently serious: as we watch Airplane! we laugh our heads off but we’re also led to care about the protagonists’ struggles, to root for them, and to cheer when Ted manages to land the plane and win back Elaine’s love. This emotional connection with the characters is not typical of parodies. This is due to ZAZ’s adoption of an overarching serious register in which they embed the gags and jokes: the dramatic music, the camerawork, the lighting, and the acting are all styled on ‘serious’ film-making. Nonsensical dialogue exchanges, absurd visual gags, and silly by-plays all happen in the presence of an otherwise serious conduct and within dramatic events.

Acting and casting, in particular, are what set the ZAZ comedic style way apart from the other 1970s comedy authors, but also from the past Hollywood parodies starring Bob Hope or the Marx brothers. ZAZ took the unprecedented artistic decision of having drama actors delivering the ridiculous lines with dramatic committent, instead of having comedians delivering them with the usual addition of grimaces, mimic innuendoes, and funny vocal embellishments. There are no John Belushi, Chevy Chase, Harvey Korman, or Madeline Kahn in ZAZ’s films.

For Airplane! they resisted the producers’ insistence on hiring Bill Murray and went instead for a cast of film and TV dramatic performers. Supporting the two young leads, Robert Hays and Julie Hagerty, was a cast that included such established drama personalities as Peter Graves, Robert Stack, Barbara Billingsley, Lloyd Bridges, and Leslie Nielsen. All these had been renowned for their serious roles in melodramas, soap operas, adventure films, police procedurals, westerns, and noirs. Bridges and Nielsen, in particular, would find in Airplane! a veritable career turning-point. Afterwards, they both became comedic figures and ZAZ’s favourite casting choices: Bridges as the benign dim-witted Admiral Benson in Jim Abrahams’ Hot Shot! films, and Nielsen in ZAZ’s Police Squad! franchise as the unforgettable Lieutenant Frank Drebin.

Airplane! was the impactful beginning of ZAZ’s cinematic career, consolidated in the following fifteen years with Police Squad! (1982, a short-lived but now cult TV show that comically remade the cop drama M Squad), Top Secret! (1984, a spoof of the espionage/resistance thrillers), and the Naked Gun trilogy (1988, 1991, 1994, the big-screen transposition of the Police Squad! TV show), until the three disbanded in the 1990s, each to pursue his own individual film projects. ZAZ’s cinephilia – a mix of affectionate homage and desecration at the same time –, the absurdist and paradoxical touches scattered all over their narrative worlds, their keen deconstructionist eye for the mannerisms and conventions of the various media, their virtuosity for word-play and verbal nonsense have been widely influential.

Traces can be found in Matt Groening, the Farrelly brothers, the Wayans brothers, or Seth MacFarlane, just to name some of the most prominent representatives of contemporary American film and TV comedy. For today’s politically-correct standards some of ZAZ’s comedy might appear inappropriate, for example the innately basketball-proficient African tribe seen in Airplane!, or the paedophilic double-entendres. Besides through some historical contextualisation, this can be justified by reminding how ZAZ would spoof everything and everyone: every social class – including WASP families and American values – every religion, and every ethnicity, including their own Jewish heritage. Consider the visual joke about ‘Air Israel’ or the gag about ‘Famous Jewish Sporting Legends’.

I have always found a strong affinity between the style of the ZAZ trio and that of Achille Campanile (1899-1977), an Italian novelist and playwright whose humour was similarly aimed at ridiculing literary mannerisms and cliches, and whose nonsensical and paradoxical touch was an inspiration for Ionesco’s Theatre of Absurd. Only people who can read Italian can fully appreciate Campanile’s ingeniously deconstructionist word-plays: most of his humour is lost in translation.

The same happens with ZAZ. The iconic line from Airplane! never made it to the Italian screens: ‘Surely you can’t be serious!’ / ‘I am serious. And don’t call me Shirley.’ This silly misunderstanding, delivered with the utmost gravitas, is simply untranslatable, because the joke has no other base than the deconstruction of the English language itself. It has no other more concrete target for the translator to resort to: it’s not satire against someone or something; it’s not a universally laughable slapstick banana-slip or bodily-function joke; it’s not accompanied by a comically funny face. Campanile’s humour has been called, ‘the most empty and purposeless type of humour: the perfect humour.’

The same can be argued of ZAZ’s, whose comedy was principally aimed at nothing but making fun of the potential silliness behind all representations, conventions, and interactions, not with the aggressiveness of satire but with the ludic levity of ‘purposeless’ humour. If comedy weren’t too often considered the Cinderella of film genres, Zucker, Abrahams, and Zucker would be rightfully included in the pantheon of the New Hollywood film-makers of the 1970s and 1980s, alongside the more celebrated serious authors like Scorsese, Coppola, Spielberg, De Palma, etc…

Few have been more ‘Shirley’ serious about comedy than ZAZ.

[This article has been extracted from a longer chapter that will be published in New Wave, New Hollywood: Reassessment, Recovery, and Legacy, edited by Greg Frame and Nathan Abrams.]

Emilio Audissino
Emilio Audissino is Honorary Fellow in Film at the University of Southampton and, starting in February 2021, Senior Lecturer in Audiovisual Production at Linnaeus University, Sweden.
Categories: FilmUncategorized

A Forgetting of Benjamin Franklin 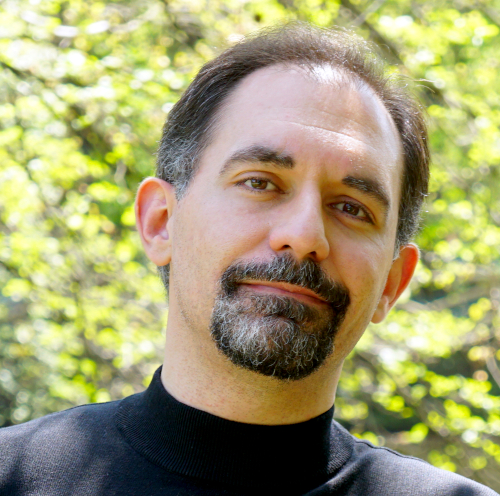 Emilio Audissino
Emilio Audissino is Honorary Fellow in Film at the University of Southampton and, starting in February 2021, Senior Lecturer in Audiovisual Production at Linnaeus University, Sweden.