Elyce Rae Helford takes another look at the troubling and antisemitic character of Hiram Epstein on HBO’s Lovecraft Country.

In September 2020, in The Times of Israel, Philissa Cramer asked, ‘Why does HBO’s anti-racist ‘Lovecraft Country’ stumble into anti-Semitic tropes?‘

The question came to me as well, and Cramer does a superb job of clarifying how the infamous ‘blood libel’ charge is conjured via the character of Hiram Epstein. A University of Chicago graduate, he formerly owned and conducted horrific body experiments in the basement of a dilapidated mansion that central character Leti Lewis (Jurnee Smollett) buys and restores.

We meet Epstein only as a ghost who haunts the house until an exorcism revives the mutilated bodies of his victims to destroy their torturer permanently. Had this ghastly figure been named Hiram Winthrop, as he was in the book on which the series is based, the antisemitic trope would have been less relevant. If Jewishness came to mind at all, it might have been metaphorically, with Winthrop as a kind of Dr. Mengele and the victims standing in for Jewish prisoners in Auschwitz. The writers of Lovecraft Country opted, instead, for a historically Jewish surname, made particularly poisonous through its connection to 2019 convicted sex offender Jeffrey Epstein.

Cramer ponders why ‘the normally voluble world of must-see-TV chatter was silent on Epstein’s name and possible Jewishness.’ She notes that reviews and summaries of the episode ‘were silent on the topic, as was the official podcast…, even as the hosts discussed the “creepy scientist” and the history of medical experimentation on Black bodies.’

In support of her interpretation, Cramer cites Towson University professor of religious studies Jennifer Caplan, who has ‘significant questions about why they made that choice, because both historically and narratively it seems like a bad one.’ Finally, she quotes Aryeh Tuchman, associate director of the Anti-Defamation League’s Center on Extremism: ‘I don’t want to say you can never have a villain in a movie or TV show have a stereotypically Jewish name, but you need to educate yourself.’

I share Cramer’s concerns, as well as her frustration that this antisemitic element was noted by very few fans and denied by HBO, whose official statement reads as follows: ‘While the fictional world of the series draws from history and mythology in many instances, this character’s name was neither conceived nor intended as a reference to the trope cited [the blood libel].’ Cramer could not get series creator Mischa Green or Black-Jewish lead Jurnee Smollett to reply to her requests for comment. Nor did Jewish producer J.J. Abrams seem to take note.

This acknowledged I want to take this analysis a step further. Lovecraft Country offers compelling commentary on anti-Black racism through its horror tropes, like the methods of its film predecessors, Get Out (2017) and Us (2019), written and directed by Lovecraft Country co-producer Jordan Peele. Horror is proving to be a particularly rich and valuable genre today for its visceral impact on viewers as creative Black artists explore the physical, emotional and psychic traumas of African American history.

White supremacy is at the heart of these texts and this media moment, and that means Jews are also important to Lovecraft Country – or could have been. In the article ‘Skin in the Game‘ (2017), Eric K. Ward explains that ‘antisemitism is not a sideshow to racism’ but its theoretical core. His argument centres on the social upheaval of the Civil Rights era that fought to end Jim Crow segregation. White nationalist ideology labels Blacks inferior, yet they somehow seemed in the 1960s to have ‘dispossessed White people of their very nation.’ How? And how, since that time, have feminists and LGBTQ people upended traditional gender norms? asks Ward. How have Muslims won billions of converts?  How has a Black president been voted into two terms in the White House? The answer, states Ward, must be ‘a monstrous, all-powerful cabal that uses subhuman others, including Blacks and immigrants, as pawns to destroy White nationhood.’ And this ‘diabolical evil must control television, banking, entertainment, education, even Washington D.C. It must be brainwashing White people, rendering them racially unconscious.’ Who makes up this ‘cabal’ is obvious: the same group that has throughout history ‘functioned as a magic bullet to account for unaccountable contradictions at moments of national crisis’ — Jews.

Because, continues Ward, the white nationalist movement of the past 50 years positions Jews as ‘the absolute other’, even as American Jews have increasingly come to regard themselves as white, we must challenge the notion of post-racial Jewishness. Antisemitism is so central to white supremacy that Ward posits, ‘Black people [cannot] win our freedom without tearing it down’.

And that brings us back to Lovecraft Country. When read through Ward, Hiram Epstein is most important not as an antisemitic offence but rather as evidence of an ongoing misunderstanding of the ideology of white supremacy. The series swaps the book’s white man for a Jew, implicitly linking Jewish goals with those of racist whites, even while othering him through the particularly heinous and Jewish-inflected nature of his crimes. From an anti-racist perspective allied with antisemitism, the villain Epstein, like his recent real-world namesake, must be destroyed for illegitimate, overweening access to power.

How much more potent the figure might have been if we simply learned, after the exorcism, that the racist sheriff had changed Winthrop’s name to Epstein in the town records. How easy it would have been to avoid turning white supremacy into too-familiar antisemitism.

Elyce Helford
Elyce Rae Helford is professor of English, director of Jewish and Holocaust Studies, and faculty in Women’s and Gender Studies at Middle Tennessee State University. Her research centers on gender, ethnicity, and race in US media, including her recent book, What Price Hollywood? Gender and Sex in the Films of George Cukor (2020).
Categories: Television

Helford perceptively addresses the antisemitic implications of the monstrous character Hiram Epstein in the HBO series Lovecraft Country (2020-). Another area to explore, given the strong African American production personnel and narrative elements in the series, is the unfortunate post-1960s history of Black antisemitism. Though generally (except for extremists like Louis Farrakhan) veering clear of the worst aspects of white supremacism, Black-based antisemitism has often made common cause with some of its tropes, such as alleged Jewish control of the media, finance, and even the government. This is not to say that the creators of Lovecraft Country share such views, only to suggest that an awareness of the history and persistence of such attitudes in segments of the African American community might add another angle from which to confront the curious case of Hiram Epstein.

Thanks for deepening the discussion! 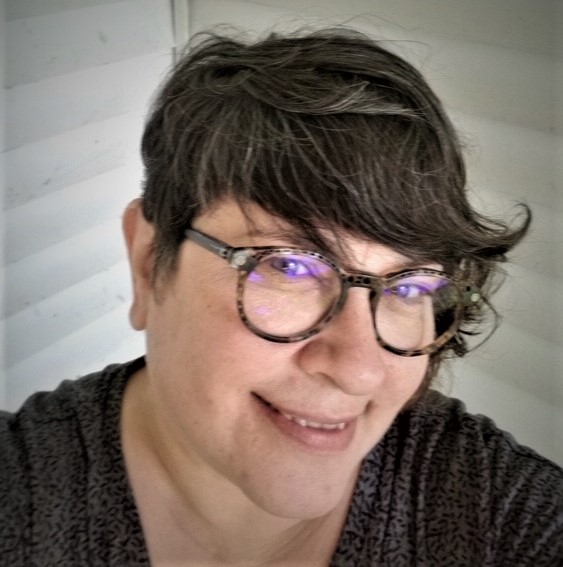 Elyce Helford
Elyce Rae Helford is professor of English, director of Jewish and Holocaust Studies, and faculty in Women’s and Gender Studies at Middle Tennessee State University. Her research centers on gender, ethnicity, and race in US media, including her recent book, What Price Hollywood? Gender and Sex in the Films of George Cukor (2020).