In this first instalment of the Jews & sex series, Jenny Caplan reflects on the stereotypes of the Jewish American Princess.

How can you tell a JAP is having an orgasm? She drops her nail file.

What is the definition of JAP kinky sex? She moves.

What do you call a JAP’s nipple? The tip of the iceberg.

What’s the difference between the internet and a JAP? A JAP won’t go down on you.

Of the many elements of the JAP stereotype the two most fundamental truths may be her materiality and her sexual frigidity. A quick scan of any collection of JAP jokes will reveal that nearly half of them focus on her complete disinterest in sex, and a large percentage of those sex jokes involve her refusal to perform oral sex. I have written elsewhere about the problems with the contemporary use of JAP as an identifier for Jewish women, and in short, I identify the problem as the fact that these modern young Jewish women do not match the traditional JAP model. The classic JAP was a work of fiction and never represented real women. Some see the contemporary usage of the term as a reclamation, as has happened with other offensive terms, but in this case the classic JAPs are still around, albeit in their 60s, 70s, and 80s and that means you cannot repurpose or redefine the term without writing them out of the narrative.

One of the best examples of contemporary application of JAP is the ‘JAP Battle’ from the television show Crazy Ex-Girlfriend. The protagonist of the show, Rebecca Bunch, and her lifelong rival Audra Levine engage in a rap battle in which they both proudly label themselves as JAPs. Rebecca, however, matches almost no elements of the JAP stereotype (although her mother, Naomi, matches nearly all of them). Rebecca is kind and caring and motivated and ambitious and gives up money for love, all of which fly in the face of the JAP stereotype. But perhaps nothing reveals the discrepancy between Rebecca and the JAP better than her sex life. Rebecca is sexually enthusiastic. She has several partners over the course of the show and is depicted as a woman who both enjoys and desires sex. Moreover, during the JAP Battle Rebecca is described as not only sexually exuberant, but her proclivity for oral sex is specifically mentioned. Audra mentions Rebecca’s reputation for ‘blowing frat guys with [her] AEPi hole.’ How can Rebecca be a JAP if she not only enjoys sex, but also willingly engages in oral sex? JAP jokes (which, again, constitute much of the ‘literature’ on the JAP as she was always a fiction) tell us that JAPs are passive, frigid, and unwilling to exert any effort to pleasure their partner.

The JAP’s sexual frigidity demonstrates how much of the stereotype is seated in misojewny, or the denigration of Jewish women. Steven Steinberg was famously found not guilty of murder when he stabbed his wife Elena 26 times because, his lawyer argued, Elana was a JAP. She nagged her husband, spent all his hard-earned money, and withheld sex from him to the point where he snapped and entered a dissociative state while sleepwalking and stabbed her over and over and over. In 1981 a jury found that argument compelling, in part because by 1981 everyone knew the stereotype so if a man said his Jewish wife hectored him, spent his money, and refused to have sex then it must be true and that could cause any man to lose his mind.

This is why I am concerned with efforts to reclaim JAP. It is different from other slurs in that it is not simply an offensive term for a Jewish woman. It denotes a specific fictional construct of a woman, and the application of that construct to real women has led to university campus anti-Semitism, instances of rape, and even murder in the case of Elana Steinberg. Jewish women should be allowed to be sex positive and enjoy pleasure, and they should not have to contend with the baggage that comes with labelling themselves JAPS while simultaneously trying to disprove her most negative characteristics.

Jenny Caplan
Jennifer Caplan is Assistant Professor of Religious Studies and Program Director of Jewish Studies at Towson University in Towson, Maryland. Her forthcoming book on American Jewish humour will be published by Wayne State University Press. She does not identify as a JAP.
Categories: Uncategorized 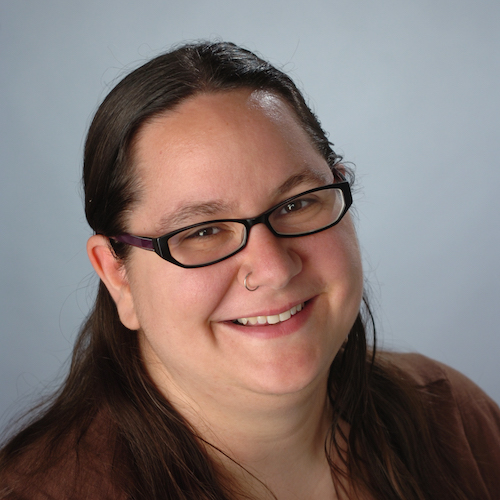 Jenny Caplan
Jennifer Caplan is Assistant Professor of Religious Studies and Program Director of Jewish Studies at Towson University in Towson, Maryland. Her forthcoming book on American Jewish humour will be published by Wayne State University Press. She does not identify as a JAP.