Artist and filmmaker Ruth Novaczek reflects on social media’s determination of hate speech — and the real hate it occludes.

Dang, banned again! Yes, first it was 24 hours, ok not so bad, next it was 48, hmm, then finally 3 days. The worst aspect of this stupid Facebook algorithmic witch-hunting was the fact that I’m not a hater, or a racist as far as I know, although I’m fine discussing what it means to be ‘racist’ against a nation that applauds its own hubris.

As one of the banned, I suddenly see myself through the eyes of a drone, combing through posts for hate-speech–or is it an algorithm that seeks out the collision of an adjective and a nation-state? Would I be allowed to trash France or Germany, or is Facebook looking for dissenters in this country? Is it dissent?

Ok. So I’m a Jewish queer with two passports: one British acquired at birth, and the second German, acquired as a response to the Brexit referendum, the outcome of which sent me into a deep panic. At the German Embassy, I sat in a pleasant waiting area with folks of all cultures, all of us seeking German and EU citizenship. Sitting next to me was a formidably handsome woman, older than me, with a plaid trouser suit and a giant Magen David around her neck. We chatted about being Jewish and hating Brexit.

That day the embassy aide gave me my passport and a handshake. Sorry, she said, I hope we can compensate in some way for the horrors your grandparents and parent suffered.

A year later, stuck in Covid-crippled Britain, I’ve spent too much time on Facebook. I’m frustrated and angry; I can’t leave and staying is feeling increasingly frustrating and disempowering. Brexit is the wanton ruin of a European alliance that’s been in place ever since I was aware of geography and culture. Europe represented freedom of movement, hope, cosmopolitanism, a larger world. Brexit was sold on an agenda of racism, xenophobia, and empire! Unicef is feeding the poorest children in this country; evidence of economic ruin is everywhere. My rants on Facebook are an expression of outrage about everything Brexit and this government represent, values I cannot celebrate or share. It is Britain as an island isolated from our neighbours that riles me, frightens me, and ultimately forces me to a frustrated outcry. Perhaps I should replace F*****g Brits with a Fuck Boris T-shirt and see if I get arrested!

Since the lockdowns and their ever-changing moods in the UK, I’ve been teaching online; online, in person, and both, academics have been working in a radically altered university environment. Friends and colleagues are tied to their home/desks in universities, juggling kids and career and management interventions. Covid followed months of strikes; students and teachers were already angry. Everyone felt trapped and forced into juggling the Covid crisis, risk assessment, and the increasingly insane Brexit scenario in the UK. My academic friends were stuck to their screens for hours at a time while we were told to lessen the load on the students, shortening seminars and lectures. Fine by me.

Then management ‘ramped up’ working hours and everything else, and I posted on FB saying oh look, ‘arbeit macht frei’ is the new normal or words to that effect…I was banned for 48 hours for hate speech…then after Brexit was looking like insanity incarnate, and all the anti-maskers were on the rampage I posted about ‘moronic brits’, which led to another 48-hour ban. In the past few days, with the combination of Brexit chaos and Covid escalation, I posted about the horror of this government and said ‘fucking brits’. For that, I was informed that my comment was hate speech and went against Facebook’s standards, leading to a 3-day ban. What seems strange is that social media is full of real hate speech that incites violence, yet trashing the brits, and I am a brit, is supposedly hate speech. Social media is a bastion of outrage; hemmed in by borders, bureaucracy, empty bluster and a pandemic, we’re all reduced to screaming! Now I’m revising my language so I can be critical without being censored, oh despots of perfidious Albion, I despair!

Ruth Novaczek
Ruth Novaczek is an artist, filmmaker, performance artist and writer. She has a PhD by practice from the University of Westminster, is on the faculty of the lo-res Transart Institute in Berlin and a visiting lecturer at Birkbeck College, London.
Categories: PoliticsAntisemitism

I have a lot of sympathy with your article, and certainly feel the much the same about Brexit – and also about ranting on FaceBook

However, I winced when I read about you using “arbeit macht frei” so lightly. These words have a lot of emotional impact and recollect horrors which are unimaginable to us.

I don’t think this is about hate speech, it is more about making sure that we don’t lose the historical memory or downplay it as the emotional impact fades with time

I take your point, but here in the UK, friends who are second gen shoah survivors like me make these ‘jokes’ all the time, but we feel it’s our right and maybe cathartic…I’m sorry if you were offended 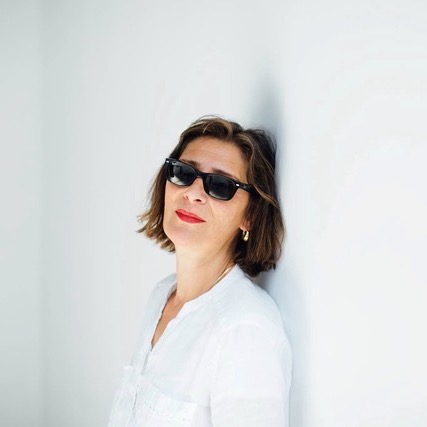 Ruth Novaczek
Ruth Novaczek is an artist, filmmaker, performance artist and writer. She has a PhD by practice from the University of Westminster, is on the faculty of the lo-res Transart Institute in Berlin and a visiting lecturer at Birkbeck College, London.