How Finland’s Jews Fought Alongside the Nazis

In the complex history of the Holocaust, Finland was the only European combatant country in which none of its Jewish citizens were sent to concentration or extermination camps. In many other ways, too, the history of its tiny Jewish community is unique. How and why the first Jews arrived in that cold and dark corner of the continent as conscripts in the Russian Imperial Army has no parallel in the annals of the diaspora, nor does the story of how openly Jewish soldiers in Finland’s army fought not against but under German command in World War II… and were unharmed.

This story begins barely one hundred years ago in Finland, the far north-eastern corner of Europe. It tells the unique history of the small Jewish community of the country as it achieved its independence from the old Russian Empire. Finland’s Jews faced existential challenges to their existence over the next decades but they emerged, in 1945, as the only country actively involved in World War II in which not a single Jewish civilian was harmed. In fact, its Jews were protected by Nazi Germany. Strangers in a Stranger Land by John Simon sets forth how this paradox happened.

Less than two-tenths of one percent of Finns are Jews. Today, this amounts to fewer than 2,000 people. They are descendants of boys kidnapped by the Czarist authorities and forced into military service for twenty-five years.  Those who did not lose their identities or their lives could stay where they had been stationed. In the early nineteenth century, a group formed the nucleus of a Jewish community near imperial Saint Petersburg, strategic land that became independent Finland in 1918.

After only twenty years of peaceful independence, Finland was forced to fight not one but three wars in the 1940s to keep its independence from both the Soviet Union and Nazi Germany. At the same time as central and southern Europe plunged into war, Finland captured world-wide attention through valiant battles that lead to a standoff against vastly outnumbering enemies.

Amazingly, within this story of heroism, the tiny Jewish community comes to play a unique part. Finland was the last country in Europe where Jews were granted citizenship rights and also the only country which had German troops on its soil where not one single Jew was persecuted or deported. Indeed, three Jewish military personnel, including one woman, were offered the coveted Iron Cross for bravery and service by the Nazi command they fought alongside.

The Nazis needed help from the Finns in their determined effort to drive into Soviet Russia through the Baltic. Finland controlled the Karelian Isthmus leading right to Leningrad, and the German high command counted on their help. The Finns (not just the Jewish soldiers but all of them) gritted their teeth and chose to help the German effort rather than be swallowed up again by the Russians, who had massively invaded them in 1939.

So all Finnish soldiers were important to the German effort. They accepted the Jewish ones and even took care of them specially. The Germans let the Jewish soldiers build a special prayer tent for the holidays right next to a German bivouac; the German soldiers just did not interfere in any way.

John Simon reports that some Germans were curious to watch the services by peeking in quietly, and they noted that the Finnish Jews talked Yiddish to each other, which they took for a type of German. In the photo of their field tent, you can see clearly how easy it would have been for the Germans to observe the open flaps and see/hear the soldiers inside. Yet all they are reported as manifesting in behavior was curiosity or polite indifference. I suppose they realized that nowhere else were Jewish troops on their side.

For their part, Jewish civilians were never bothered in Helsinki or elsewhere. Himmler came there to try and pressure the Finnish authorities to deport the Jews from a list they had made up, but the Finns replied they had no ‘Jewish Problem’ and would not go along with it. So it was just dropped. Nazi war plans were already not going so well at that point and they had bigger worries. The Finns for the most part were not comfortable at all with German troops all over the country, but they were far more worried about the Soviets.

While no Finnish Jewish citizens were deported, eight refugees from other countries staying in Finland were in fact deported by the Finns and ended up in Auschwitz. Only one survived.

Strangers in a Stranger Land examines the survival of Finland’s Jews and begins with an account of one of the three soldiers who was awarded an Iron Cross for heroic service. When informed of the award, Captain Leo Skurnik told his commanding officer to inform the Germans that he would wipe his Jewish ass with their medal. Neither of the other designated Jewish recipients accepted the medal either, but they rejected it in much more polite terms.

As the Jews were almost all descendants of Russian soldiers, their loyalty was considered suspect by many Finns who hated Russia. They ‘earned’ their citizenship by fighting in the Winter War of 1939-40, where many fell in battle against the Soviet invasion.

It was the Continuation War of 1941-44, however, that really tested the loyalty of the tiny Jewish community as they became co-belligerents alongside Nazi troops. They never thought of themselves as Nazi allies, but as fighting alongside a common enemy in brutal combat across a common border.  At the end of the wars in 1945, the country had lost more than 7% of its total population and 11% of its most productive land to Soviet annexation. Ten percent of the young Jewish soldiers died.

How and why the Finnish Jewish community among all those in countries involved in the war – survived without losing a single civilian and was loosely allied with Germany is one of the strangest stories to appear in our history. To bring the experience with all its emotional baggage to life and encourage the reader to explore the moral implications of the Jews’ dilemma, Strangers in a Stranger Land animates the events through the thoughts and actions of three young fictional Jews who ended up on the front lines, one as an officer, one as an infantry soldier, and one as a nurse. Their stories are very close to the actual soldiers’ lives.

John Simon has his cast of fictional young people from each of the main Finnish cities to stand in for the actual two soldiers and nurse who helped the war effort. One is quite an assimilationist and the other more concerned with his dual Finnish-Jewish identity.  The nurse is in love with the handsome one but realizes the more loyal soldier is a better match for her and they marry.  The book is very good at delineating the generational development of their lives from the arrival in Finland before 1900 through the late twentieth century.

Simon inserts narration where, on occasion, a Nazi soldier would engage in conversation with a Jewish Finn since they were often fighting near each other, and the Finn would openly identify as Jewish (maybe to provoke them?). In all cases described, the German had nothing negative to say, and even sometimes distanced himself from the policy that was persecuting Jews everywhere else, saying he was a loyal German but not a Nazi follower.

The book presents a counterpoint of threads: Finland’s birth as a country; three generations of Jews in its society; and the heroism of actual Jewish soldiers fighting not against but as very uneasy allies with Nazi Germany – which at the same time was eradicating every other Jew it could find but leaving Finland’s Jews alone. (It must be noted, however, that the Germans ultimately probably would have killed/deported Finland’s Jews if they could have, but for the most part, just did not trouble with them at all at that time.)

The irony is unique, complex, and true.

Strangers in a Stranger Land: How One Country’s Jews Fought an Unwinnable War alongside Nazi Troops… and Survived by John B. Simon is published by Hamilton Books, £12.95.

What an interesting and rarely known part of Jewish history. Great that it was now discovered for a broader audience.

In Finland Jews were protected by the Government, by the Army and by all Finnish citizens. When Finns found out that 8 Jewish refugees had been deported from Finland, a massive outrage broke out among the Finnish population. Ministers even resigned from the Government in protest.

Jewish soldiers didn’t have to salute German officers, they had the Finnish Army’s blessing. If even one German soldier said something offensive to a Jew, his Finnish brothers stood up for him raising hell to the German soldier.

They were our equal brothers, one of us. Imagine if other nations had done the same?

that was never taught in school, or mentioned in the jewish history that there were nazi jews, very wierd, abd interesting. i guess we all can get along. wow

As this article explains, there was no love lost between the Finns (gentiles or Jewish) and the Nazis. The Finns reluctantly agreed to be co-belligerents of Nazi Germany in order to ensure the integrity, independence and survival of their country (the Allies sympathised with Finland when the USSR invaded, but pretty much abandoned it to its fate, as they did with the 3 Baltic states and Romania). Add to this that the USSR had set up a puppet Finnish Government-in-exile with the purported aim of absorbing Finland and had proceeded to commit genocide against the Finnish communities present on Soviet soil (the historical Ingrian Finnish community of the Leningrad region saw 80% of its members massacred by the Soviet state). 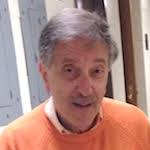 Mark Bernheim
Mark Bernheim is an Emeritus Professor of World Literatures and Journalism. He taught for four decades at various American universities and in France, Italy, and Austria as Fulbright professor. Specialties included Children’s Literature, Jewish Studies, and design journalism.

No, thank you.
wpDiscuz
4
0
Would love your thoughts, please comment.x
()
x
| Reply