Jonathan Judaken remembers the most important Jewish thinker of the twentieth century (you may not know).

Having just co-edited a compendium of Albert Memmi’s writing, The Albert Memmi Reader, I am always a little surprised when his name evokes nothing but a blank stare. He was, after all, one of the most important Jewish thinkers of the twentieth century. Born in Tunis in 1920 and having died last May on the cusp of 100, this year marks his centenary. It is an auspicious moment to marinade in his words, and ultimately to place him into our cultural pantheon where he surely belongs.

Memmi was one of the premier North African novelists, first achieving renown for his prize-winning book, The Pillar of Salt (1953), a semi-autobiographical portrait of a young man coming of age in the era of the Nazi occupation and the rise of Arab nationalism. Four years later, he penned The Colonizer and the Colonized to international acclaim. It is one of the enduring anti-colonial tracts from the era of decolonization, analysing how colonialism poisons both the dominators and the dominated. In the 1960s, as anti-Zionism ramped up, Memmi flipped the script in Portrait of a Jew (1960) and The Liberation of the Jew (1966), arguing that Jews, too, were a colonized group. Just as he advocated for the independence of North African Arab states, he insisted that Israel, as a sovereign nation, was the necessary refuge for a persecuted people, and Zionism was the national liberation project of the Jews.

His crowning work of the tumultuous 1960s, however, was arguably Dominated Man (1968). In it he anticipated intersectional accounts of oppression by adding to his portraits of the colonized and of Jews. The collection contains vignettes on African Americans, Black and Muslim immigrants to France, who he called ‘the new slaves,’ the proletariat, and women.  ‘[I]n a collection built on the various figures of the oppressed,’ he wrote, racism featured prevalently because it is ‘the symbol and the sum of all oppression.’

Memmi had begun to explore what I call ‘racial entanglement,’ which reached fruition in his monograph Racism (1982). It is still one of the most acute and accessible works on the topic. As white Christian nationalism first surged in Europe, he showed how Judeophobia was linked to Islamophobia, ‘Negrophobia,’ and xenophobia. He coined a new term, ‘heterophobia,’ in order to ‘designate the many configurations of fear, hate, and aggressiveness … directed against an other’ that use ‘different psychological, cultural, social, or metaphysical means, of which racism in its biological sense is only one.’ Rather than isolating Jews in the anti-racist struggle, as too many anti-anti-Semites are prone to do, Memmi explained how Judeophobia should be combatted as part of a broader fight, offering a clear prescription for how to dismantle it.

After 9/11, he would condemn all forms of fundamentalism (including its Jewish and Christian varieties). He particularly slammed Islamism and terrorism as symptoms of faltering postcolonial states, weakened by corruption, a failure of leadership, and an unwillingness to undertake the necessary reforms to achieve true independence, thus anticipating the Arab Spring.

Having published six major novels, several works of poetry, more than twenty books, and hundreds of articles, in his last years he often took to dispensing wisdom about how to live: ‘One must live, act and think now, in this life, as if one were worthy of a hoped immortality,’ he wrote. ‘To be brief, find and communicate the truth, if possible. Beware of prejudice and utopias, of all dogmas, including those that are one’s own,’ he warned.

Memmi’s cultural DNA conditioned him to challenge the reductive binaries we must move beyond if we are to redeem our broken world. Raised on the borderline between the Jewish and Muslim quarters in Tunis, he called himself an ‘Arab Jew’ or ‘Jewish Arab.’ At once an African and a European, he grew up poor but rose to intellectual heights in France, where he settled after Tunisian independence in 1956. An anti-colonial activist and theorist, he did not shy away from calling out the illusions of his Leftist comrades or the failures of post-colonial leaders. A Zionist, he was fiercely critical of the Israeli treatment of not only Mizrahi Jews like himself but of all Arabs in Israel/Palestine.

A socialist, a humanist, an anti-racist, a poet and a novelist, Memmi could also channel the Biblical prophets. There are ‘two visions of humanity and two philosophies,’ he wrote. This ‘encompasses the fundamental moral discussion of love or hate of the other, of justice or injustice, equality or oppression…. [for ultimately,] the essence of morality is respect for the other.’ Memmi not only echoed this message we have learned from his confrère Emmanuel Levinas, but he taught us that we must also respect and honour the others-within. For like Memmi, we are all multi-layered, we are all exiled, all primed to want to dominate others, all vulnerable and anxious, all dependent beings in search of our humanity.

The Albert Memmi Reader, edited by Jonathan Judaken and Michael Lejman is published by the University of Nebraska Press, priced £66.

Jonathan Judaken
Jonathan Judaken is the Spence L. Wilson Chair in the Humanities at Rhodes College. He has published more than 60 academic articles on the history of existentialism, anti-Semitism, racism, and post-Holocaust French Jewish thought.
Categories: Books 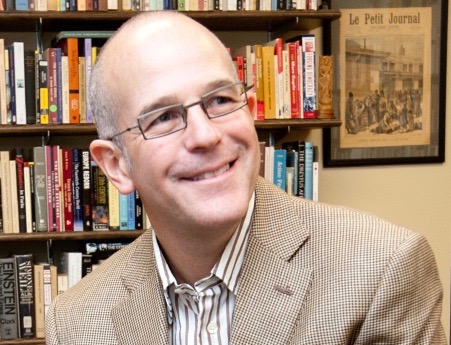 Jonathan Judaken
Jonathan Judaken is the Spence L. Wilson Chair in the Humanities at Rhodes College. He has published more than 60 academic articles on the history of existentialism, anti-Semitism, racism, and post-Holocaust French Jewish thought.