My Metal, My Judaism

The first song to move me to tears was the Avinu Malkeinu, as sung by the congregation of the Bristol and West Progressive synagogue. I was fifteen years old and it took me by surprise. It was the hyper-normative, mega-hetero, small-town, the early noughties. Boys couldn’t just feel things! I gulped the feeling down and rubbed my eyes to soak up any evidence. No-one had seen and I considered it a lucky escape. It would be a full two years before the requisites of mood, isolation, mild inebriation and Tool’s Eulogy, were in place to allow me to accept I was weeping to music.

Skip forward nearly twenty years, a trail of burning lads-mags in our wake, and I am a proud weeper when it comes to music. All my favourite albums make me cry. More reliable than literature, or film, and more accessible than theatre, music is my medium for release. And my favoured genre; the most formative, the most relatable and fun, is metal.

Metal is as broad a genre as are rock or folk, so for the sake of this essay let me narrow it down. The genres which I’m talking about here are probably best lumped together as post-metal. So while they are aesthetically rooted in the genres of doom, death, black metal, noise and hardcore, they are reaching beyond the boundaries of their genre-tropes to create something altogether more universal. Basically, it’s loud as hell but there’s less corpse-paint, dragons or leather (we love corpse-paint, dragons and leather, but for me, they serve another purpose). Neurosis is a classic example; a band that pushed the boundaries of sonic heaviness while taking inspiration from themes more associated with folk: nature, the land, cycles of life and death, harvest, etc. And from Neurosis’s huge influence came bands like Isis, Cult of Luna, Amen Ra, Mastodon the list is endless.

I have always felt there is a connection between my Jewishness and my metalness. Both are pretty much invisible, both are integral parts of my identity, and both have access to my big feelings and by proxy my tear ducts. These connections are rooted entirely in my experiences so I wouldn’t push them as universal truths but for me, there are three strong aesthetic links.

Firstly, the minor keys that many of my synagogue’s prayers inhabited, the drone-ish melodies, their favouring of repetition, all point to aspects of metal I enjoy.

Secondly, Hebrew. I learnt Hebrew to the point where I could read the whole prayerbook but never attained a skill level where I could comprehend its full meaning. For me, it was an abstract language of sound removed from semantics. Yet it was the key language in moments of ritual and celebration bonding my family and our Jewish community. Prayers became a part of my young canon along with Row Row Row Your Boat and The Spice Girl’s Wannabe, though I couldn’t translate more than a few words. In this lack of linguistic comprehension, my experience of Hebrew parallels the vocal performances I favour in metal: distorted, indistinguishable, obscured, where lyrics exist mainly in liner notes for any listener seeking a translation.

And thirdly, grief. Like many Jews of my generation, the experiences of my grandparents are harrowing. My grandfather was sent away from Austria on the Kindertransport at the age of fifteen. His eldest sister Erica escaped on a domestic work permit. His middle sister Ruth was seventeen: too old for the Kindertransport, and mere months too young to leave for work. By the time she turned eighteen Jews could no longer travel and as a result of this arbitrary administrative quirk, she was sent to Theresienstadt concentration camp, and then to Auschwitz where, along with both parents, she was murdered.

This impossible grief is what my grandfather has carried his whole life and my grandmother alongside him. My grandparents’ house was a wonderful space characterised by joy and food. And underpinning it all was an absence that, when held close, reminded us of the rarity of our being. And with that reminder, rage, grief, loss, violence, melancholia, all these feelings at odds with contemporary life. We are trained to keep these facets of ourselves tucked away, under control, and when they emerge, we see the dissonance manifest in people’s discomfort, distaste and eventual isolation. Metal is the genre for me because of how well it is tuned in to these inexpressible emotions. Whereas all art has the potential for the unspoken, the unspeakable, metal performs it. It does where other forms allude. It creates a space where these feelings that encounter dissonance wherever they are expressed, can exist harmoniously.

Amen Ra is a band that takes this work seriously. In an interview with The Quietus, singer, Colin H Van Eckhout talks directly about tapping into his audiences’ difficult feelings, ‘you translate it in a certain way, which makes it evaporate.’ And in my opinion their hybrid of black metal, doom and post-hardcore is one of the most effective of metal’s particular catharses.

As a theatre practitioner, I often read texts from the field and find them the most relevant to all other art forms. In his essay ‘The Alchemical Theatre’, Antonin Artaud talks of the primordial necessity of the theatre as being: ‘the materialisation, or rather the exteriorisation of a kind of essential drama which could contain, in a manner at once manifold and unique, the essential principles of all drama…an infinite perspective of conflicts’.

Music is theatrical, and none more than metal. In certain genres with a tendency towards fantastic themes or costume, this is obvious. But across the board, players are amplifying themselves to the limits of the room, their bodies and their equipment. It requires a commitment, both emotional and physical, that few forms do. I have been to countless non-metal gigs, performed at them even, where there is little commitment from the artist or audience to the work of transcending, but metal shows are the exception. And in that attempt to transcend, in that commitment, there is theatre.

Metal is often spoken of as primal, and while I would argue that it has equal potential for sophistication as any other genre, this primality, here, is a key tool for unlocking the big feelings. In the distorted, a-linguistic voices of extreme metal, I can find the essential principles of my own narrative, and I am reflected back whole. And similarly, for me, in Hebrew, a language existing in a fundamental internal space beyond semantics; as song without words, there is the potential for harmonious projection. This is where my metalness and my Jewishness find each other, at this intersection of non-language, where I exist wholly and without interruption, right down to my most integral feelings of grief.

Art by Gus Condeixa, inspired by the music of Amenra as well as the poetry of Adam Kammerling. His latest book, Seder, is available here. Collage photos by Beaulieu, Bobby Cochran, Geert Braekers, Stefaan Temmerman, Jan Opdekamp and Frank Huang, and textures by lilithdemoness.

Adam Kammerling
Adam Kammerling is an award-winning poet, interdisciplinary artist and educator.   His most recent works include Seder, his debut poetry collection which was a finalist in the National Jewish Book Awards,  Shall We Take This Outside, a three-person spoken-word/dance theatre piece that toured nationally, and Inside!, a piece of poetry/rave theatre commissioned by Centrepoint and the Saatchi Gallery.
Categories: Music 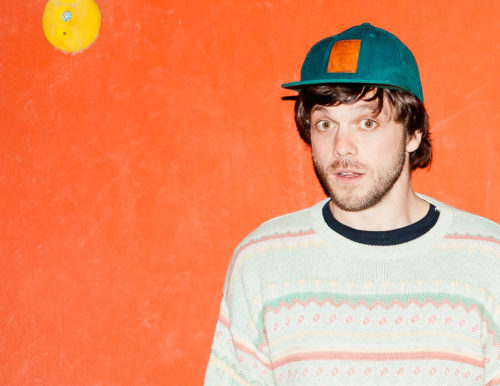 Adam Kammerling
Adam Kammerling is an award-winning poet, interdisciplinary artist and educator.   His most recent works include Seder, his debut poetry collection which was a finalist in the National Jewish Book Awards,  Shall We Take This Outside, a three-person spoken-word/dance theatre piece that toured nationally, and Inside!, a piece of poetry/rave theatre commissioned by Centrepoint and the Saatchi Gallery.