‘The bride is beautiful, but she is married to another man’

The Auto-Destructive-Creative World of Gustav Metzger

WandaVision and the Spectre of the Jewish Nazi

The latest episode of WandaVision has re-ignited a long-running point of discomfort among Jewish comics fans, as it reminds us that in the Marvel Cinematic Universe (MCU), the young Wanda Maximoff willingly joined Hydra—a shadowy successor organisation to the Third Reich—as a volunteer.

Why is this an issue? Well, in the comic books, Wanda—The Scarlet Witch—is the daughter of Magneto, who is canonically Jewish, and himself a Holocaust survivor. In fact, in the 2000’s-era, non-MCU X-Men films, Magneto’s powers are awakened by the villain Sebastian Shaw, posing as a Nazi scientist, conducting experiments on him in Auschwitz. This is very similar to the flashback seen in WandaVision Episode 8, where two unnamed Hydra scientists place Wanda in a chamber with the Mind Stone (the same Infinity Stone that would later help Vision attain full sentience) for no apparent reason other than to see what would happen. What happened, of course, is that Wanda became the first volunteer to survive her encounter with the stone, gained a significant enhancement to magical powers that the show’s script informs us she already had and went on to appear in Age of Ultron (2015) as Hydra’s secret weapon, before defecting to the Avengers.

Wanda herself doesn’t appear to be Jewish. In the comic books, her mother, Magda, was Roma, as were her adopted parents, the Maximoffs. In the MCU, she and her family are from the fictional nation of Sokovia, with no indication that they belong to any ethnic or religious minority. In both the comics and film universes, she’s never depicted engaging in any form of Jewish practice, so she seems to fall outside the boundaries of Jewish identity by nearly every possible definition. And neither Magneto nor even the idea of mutants, has made any sign of appearing in the MCU.

Of course, the subtle shades of difference in worldbuilding from one Marvel Universe to another probably matter more to the content creators than to the audience of people who know the comic book source material to have at least a general idea of where everything is going. We expect that Magneto will turn up, sooner or later; we won’t be shocked at the eventual ‘revelation’ that he’s Wanda’s long-lost biological father in the MCU just like he turned out to be in the comics, and his Jewishness has become so central to his characterisation that to leave it out would be a profound erasure (not that previous comics writers haven’t tried). So even though there’s no in-universe cause for discomfort over Wanda’s past work with Hydra, beyond the normal discomfort that we might feel about anyone working with Hydra, her portrayal still raises the uncomfortable spectre of the descendant of Holocaust survivors who embraces Nazism.

This discomfort glosses over the fact that Magneto’s own early portrayal, in the 1960’s, was laden with Nazi-style imagery. In X-Men #4 (1964), for example, he appears with the ‘Brotherhood of Evil Mutants’ (including the Scarlett Witch, who was not at that time presented as his daughter) to conquer the fictional South American nation of Santo Marco by conjuring up the illusion of an invading army, prompting a swift surrender from the locals. The phantasmic army is depicted with the straight-legged march that’s most commonly associated with German military tradition and wear uniforms whose lines are reminiscent of the distinctive tunics and helmets of the German land army. And of course, Magneto’s entire raison d’etre is to carry out a eugenics program, clearing away homo sapiens to make a more hospitable home on earth for mutants, which he terms homo superior.

Ironically, it was this close association between Magneto and Nazi imagery that suggested the introduction of his Holocaust survivor backstory when writer Chris Claremont took over the series in the 1970s. Claremont revised Magneto’s eugenic policy into a policy of pre-emptive defence, a desire to protect mutants from potential hostility and provide them with a safe haven—a set of motivations that he recognised from his time living on a kibbutz in the late 1960s, alongside Holocaust survivors who were very involved in community defence. In fact, Claremont modelled his re-vision of Magneto on the political career of Menachim Begin, who began his public life as the head of Irgun with an open, armed rebellion against the British Mandate before becoming a politically legitimate leader of the opposition in the Knesset and, eventually, the sixth Prime Minister of Israel.

By glossing over this earlier history, we also gloss over the fact that both Magneto’s story and Wanda’s—in both the comic books and the MCU—are redemption arcs. A young Wanda Maximoff, traumatised by the death of her parents in an American missile attack that left her and her brother trapped in a collapsed building for two days, voluntarily joined a group that she understood to be fighting against American imperialism. She also broke ties with that group as soon as she understood that it was not actually interested in protecting the lives of people like her. Likewise, Magneto eventually turned from his policy of pre-emptive strikes against humanity and began to pursue other avenues for providing security to mutants.

The spectre of the Jewish Nazi haunts us because we like to imagine life as divided cleanly into good guys and bad guys. Isn’t that clarity one of the main points of appeal in comic books and superhero films? And of course, we like to imagine that, as Jews, we’re perpetually on the side of the good guys. By introducing these layers of moral ambiguity, the MCU seems to be betraying its fundamental promise as a form of entertainment; to engage in such a betrayal with a character who has such strong associations with the Holocaust, an event that itself seems to both demand and promise perfect moral clarity, seems to add insult to injury. But by taking away that straightforward moral clarity, Wanda’s character arc is actually offering us something more important: a reminder that anyone can change.

Alana Vincent
Alana M. Vincent is the Associate Professor of Jewish Philosophy, Religion and Imagination at the University of Chester and the President of the International Society for Religion, Literature and Culture. She works on religion and literature and Jewish post-holocaust thought; her current book project, The Consequences of Imagination: Holocaust Representation and the Politics of Reconciliation in American Popular Culture, investigates the presentation of Holocaust memory in Marvel comics and the Marvel Cinematic Universe.
Categories: Television

Mindy Kaling and Lang Fisher’s Never Have I Ever: When is a Jewish stereotype useful?

‘Gentiles, not funny’: Revisiting The O.C. 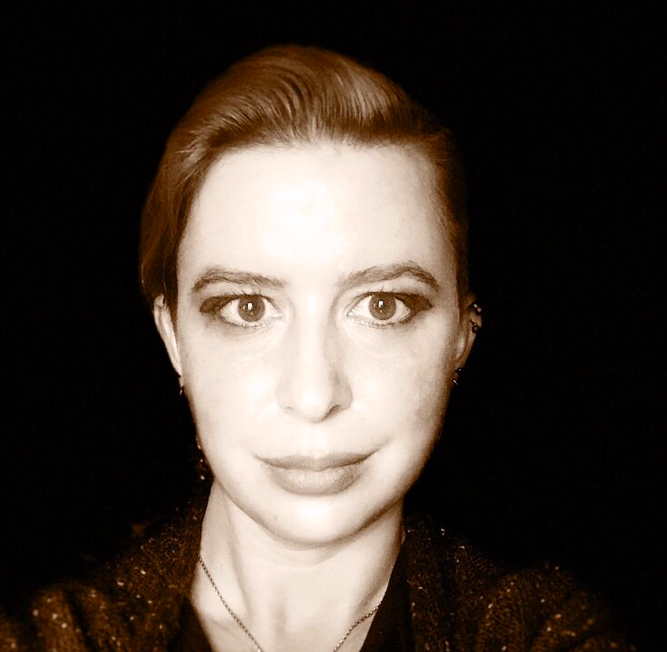 Alana Vincent
Alana M. Vincent is the Associate Professor of Jewish Philosophy, Religion and Imagination at the University of Chester and the President of the International Society for Religion, Literature and Culture. She works on religion and literature and Jewish post-holocaust thought; her current book project, The Consequences of Imagination: Holocaust Representation and the Politics of Reconciliation in American Popular Culture, investigates the presentation of Holocaust memory in Marvel comics and the Marvel Cinematic Universe.