Joshua Michaels on the sophistry of the Federalist Society and the shande that is the attempt of right-wing legal activists to replicate in Israel.

Desperate for a reprieve from the dullness of COVID lockdown, I stumbled upon a free online course on Sholem Aleichem’s Tevye the Dairyman, hosted by Professor Ruth Wisse of Harvard University and the Tikvah Fund. Sure, the professor’s politics are somewhat to the right of mine, and the Tikvah Fund’s perhaps even more so — but aren’t we, Am Yisrael, supposed to try and reach beyond our partisan differences and transcend them? In any case, it seemed like a great way to learn more about Yiddish culture and hopefully tap into something more timeless and substantive than the hyper-partisan food-fight that characterized most of the media I consumed in 2020. Besides, I just wanted to learn about Tevye. That was naive.

Most of Tikvah’s e-blasts and updates wound up in my spam folder, where I paid them little heed. But on December 23, an exultant letter arrived in my inbox:

Alarm bells immediately started ringing in my brain. Judicial restraint? Limited government? Preservation of liberty? Shucks, how could that be bad? Don’t be fooled! These innocuous legal catchphrases are a Federalist Society calling card, lending the right-wing a seemingly apolitical pretence to grasp power.

More than any other organization, the conservative legal network has lent a veneer of intellectual respectability and ideological coherence to America’s political degeneration. As a former aide to FedSoc kingpin Leonard Leo put it, they ‘figured out twenty years ago that conservatives had lost the culture war. Abortion, gay rights, contraception—conservatives didn’t have a chance if public opinion prevailed. So they needed to stack the courts.’

Beyond remaking the U.S. federal judiciary almost single-handedly, the Federalist Society’s injection of their ideas into our political discourse has completely warped many Americans’ understandings of law and government. From giving Candidate Trump his list of 25 ‘approved’ Supreme Court picks in 2016 to the grand photo-op of Justice Clarence Thomas swearing in Barrett, pandemic-be-damned, FedSoc’s influence has created plenty of red meat to keep the conservative voter base riled up.

Chief Justice John Roberts, a FedSoc affiliate who strives to be seen as apolitical, opened the floodgates to unlimited political spending in Citizens United and McCutcheon while insisting that this new paradigm was somehow corruption-proof and would definitely not result in the exchange of political favours based on donations – a defence of legalized bribery that hardly passes the laugh test.

And from Shelby County v. Holder’s defanging of the Voting Rights Act, to nearly five dozen bogus election fraud lawsuits, that same malign legal influence that has radically destabilized America’s electoral democracy will not rest until millions of us are disenfranchised for purely partisan reasons. Remember, six of the nine U.S. Supreme Court justices are former members or affiliates, and as Justice Samuel Alito’s recent FedSoc convention speech suggests, they are ready and willing to bring their culture-war grudges into their judicial decisions.

Distressingly, the rot doesn’t stop at the bench. The two U.S. Senators most responsible for the seditious events in Washington on January 6, Josh Hawley and Ted Cruz, are both FedSoc alumni and near-certain 2024 presidential candidates. Both are cravenly unrepentant for their role in the incitement, with Cruz shamelessly using Jewish fears as a political football. Any admittedly good work or interesting scholarship that the Federalist Society might support is tainted by this partisan hackery. How can these people lecture us on the rule of law?

Right-wing legal activists are hoping to replicate this ‘success’ in Israel. And how might the Federalist Society’s lavishly-funded, meretricious efforts translate to Israel’s legal and political system? It’s not too difficult to imagine — just look at Israel’s Justice Minister Amir Ohana, who has accused the system he himself oversees of using ‘Sicilian Mafia tactics’ against Prime Minister Netanyahu. Israel’s Knesset is currently contemplating major reforms to its judicial system, including one proposal by Gideon Sarr and his allies to ‘enact open-door hearings for all supreme court justice nominees, mirroring the well-known American method.’ Other Israeli leaders expect the chickens hatched by Trump, Cruz, and Hawley to roost in Jerusalem. MK David Amselem warned that if Bibi has to stand trial, ‘millions will take to the streets.’ Moshe Ya’alon cautioned that ‘it has already happened: Netanyahu didn’t receive the election results he wanted and instructed Likud members on the Election Committee not to certify them.’

Turning the legal system into a hyper-partisan spectacle may enable some short- and medium-term political victories. But at what cost? If this new Israeli version of FedSoc is even a fraction as ‘successful’ as its progenitor has been in America, the consequences could be truly staggering.

What can we do? It is not enough merely to rend our garments and wail at injustice, or to rant on social media. We must build a better, saner world, where 21st century Jewish life in America and access to Yiddishkeit is not dependent on accepting right-wing dogma from billionaire ideologues masquerading as philanthropists. That would really be a ‘Tikvah’ worth funding.

Josh Michaels
Joshua Michaels is an attorney in Honolulu, Hawaii and a member of Temple Emanu-El in Nu’uanu.  After studying at Roehampton University in London, he worked as co-Editor-in-Chief of the Asian-Pacific Law &amp;amp; Policy Journal and co-host of The Blue Hawaii Podcast.
Categories: IsraelUncategorized

NXIVM: The Story of Jews and a Sex Cult 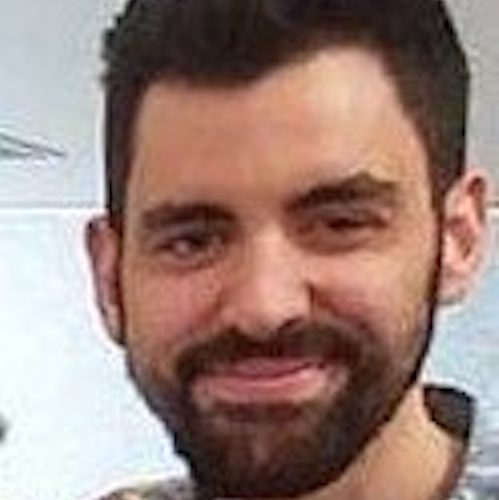 Josh Michaels
Joshua Michaels is an attorney in Honolulu, Hawaii and a member of Temple Emanu-El in Nu’uanu.  After studying at Roehampton University in London, he worked as co-Editor-in-Chief of the Asian-Pacific Law &amp;amp; Policy Journal and co-host of The Blue Hawaii Podcast.