February 1986. The playwright Tom Stoppard has organised a demonstration in support of the Jewish refuseniks trapped in Russia without human rights or means of leaving. The demonstration, taking place in front of London’s National Theatre, involves various actors, celebrities, and activists reading a roll call of the names of over 10,000 Jewish dissidents. One of these actors was Andy Nyman, a Guildhall School of Music & Drama student with Eastern-European Jewish roots, whose ancestors had fled to the UK many years ago. When telling this anecdote to Evolution of Horror podcast host Mike Muncer, Nyman recalls that as a student, his time slot to speak was dependent on the schedules of bigger names and subject to frequent change. So imagine his surprise when, during his turn at the podium, out of the 10,000 names, Nyman reads his own – a ‘cosmic coincidence’ perhaps, but nonetheless one that might leave you with a feeling like somebody had just walked over your grave.

24 years later, in 2010, Nyman stars in Ghost Stories, a play co-written with Jeremy Dyson and the first successful horror play to grace the West End since The Woman in Black. The play, taking the form of a lecture by parapsychologist and sceptic Professor Philip Goodman (played by Nyman), contains three ghost stories collected by the professor – from a night watchman, a teenager, and a businessman on the verge of fatherhood – which is then re-enacted on stage in typical horror fashion. With no interval or readmission and the sort of tantalising marketing you might expect from the latest franchise horror film, the play became a hit, even garnering a successful movie adaptation released in 2017.

Audiences were asked to ‘keep the secrets’ of the play after leaving the theatre, adding even more to the play’s air of mystery. On the other hand, despite not having a great deal of competition in terms of horror theatre, Ghost Stories was part of a strong tradition of Jewish ghost stories. From W. S. An-sky’s The Dybbuk to more modern fare, like Piotr Rowicki’s Adherence (later adapted into Marcin Wrona’s 2015 film Demon), Jewish ghost stories often focus on theology, specifically soul transmigration and the dybbuk. The dybbuk (and its close relatives, the gilgul and the ibbur) is a spirit that adheres itself to a living person, a process known as soul transmigration. Dybbukim do not necessarily have nefarious intentions, but instead, have a specific aim – often involving enacting justice or righting a wrong – that they were unable to fulfil while alive, similar to notions of ‘unfinished business’. Similar to notions of ‘unfinished business’, dybbukim cling to the bodies of the living, possessing host bodies in order to right some wrong or fulfil a purpose they were not able to while alive. Nyman and Dyson, on the other hand, take an atheistic approach, adopting the sceptic, psychoanalytic notion that ghosts are nothing but manifestations of emotions we aren’t quite ready to deal with. Despite an undercurrent of anti-Semitism, with Goodman often the subject of slurs, the writers focus less on religion and more on what Goodman theorises is the reason the audience have attended in the first place – ‘play[ing] a game with fear’.

Where things take an interesting turn is in 2017’s film adaptation of the play. Co-directed by Dyson and Nyman, and with Nyman reprising his role as Goodman, the film is far more concerned with religion than its stage counterpart. The adaptation adds further details to Philip Goodman, portraying a boy who grew up not only in the shadow of his father’s devoted Judaism but as a witness to his bigotry, which went so far as to expel his daughter from their family for dating a South Asian man. For Goodman, Judaism and bigotry go hand-in-hand – his father cuts kriah when exiling his daughter (ritualistically tearing his clothing as one would if the relative had died), and the slurs and insults he is subjected to are far more severe than in the play. Anti-Semitism hides around every corner for Goodman, but he is equally as afraid of faith even when it isn’t being weaponised against him. As he remarks early on, ‘We have to be so careful what we believe in’, but his strident atheism is less of a belief than a coping mechanism. When confronted with three true believers, who are unshakable in the knowledge that they did see something supernatural, Goodman tries to stick to his role as a condescending psychoanalyst. He denies faith at every turn, dismissing supernatural encounters as simply repressed emotions resurfacing or the elaborate efforts of grifters – but why?

[At this point, we are heading into spoiler territory, so if you haven’t seen Ghost Stories, I would recommend that you watch it and then come back to this article!]

In the last moments of the film, we see the truth that has been alluded to throughout the film – the real Philip Goodman lies in a hospital bed, having fallen into a comatose state after a failed suicide attempt. His three ghost stories, like Dickens’ three Christmas ghosts, are each lesson he needs to learn, tormenting him for his moral failings and insecurities. The three men he faces embody different elements of his psyche, from his loneliness and cowardice to his mediocre career and the absence of his family. Their identities (and stories) are based on the off-hand remarks Goodman hears as they each visit his hospital room, with the professor divining meaning and spinning narratives out of their commentary over his prone body. The trio could truly be anyone, but one gets the feeling that no matter who they were, Goodman’s guilty conscience rising to the surface was inevitable (for what exactly, you will have to watch the film to find out). Just like the Jewish ghost story tradition of a spirit inhabiting a body to fulfil some purpose, Goodman becomes a passenger in his own body, and despite being the product of his imagination twisting reality, the ghosts that haunt him are distinctly Jewish. In particular, the last of Goodman’s ghosts, the businessman Mike Priddle (played by Martin Freeman), who makes anti-Semitic jabs at him one minute and calls him Yiddish terms of endearment the next, these ghosts are easy to interpret as simply Goodman being haunted by the Jewishness he tries to deny.

Ghost Stories is an atheistic narrative haunted by Jewish ghosts reminiscent of the dybbuk and the gilgul, cleverly inverting and modernising Jewish folklore and to remind us that what we might wish to escape, whether it’s the reminder of our own roots in the name of someone halfway across the world, or of a guilt-ridden past that we try to deny, always has a way of catching up with us in the end, even if it is just by cosmic coincidence.

Molly Adams
Molly Adams is a horror critic and postgraduate based in Southampton, UK, currently working on a book on the past, present, and future of Jewish horror.
Categories: FilmUncategorized

The Jewish Actor Accused of Being a Nazi Spy 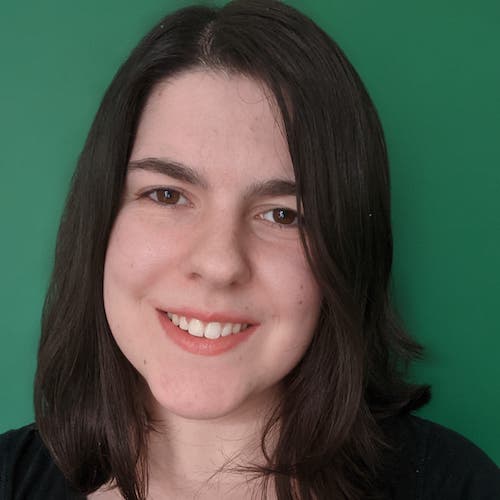 Molly Adams
Molly Adams is a horror critic and postgraduate based in Southampton, UK, currently working on a book on the past, present, and future of Jewish horror.