The Duke of Edinburgh z”l

Michael Berkowitz reflects on his personal relationship with Prince Philip, The Duke of Edinburgh.

One of the most important duties of parents is to embarrass their children. None other than Her Royal Highness, Queen Elizabeth, has helped me — prodigiously, I may add — in this vocation.

My daughter Rachel and son Stephen grew up in Dartmouth Park, London, and attended ‘English’ schools—as opposed to, say, the ‘American’ or an ‘International’ school. Both opted, however, for university in the United States, and have stayed, respectively in Los Angeles and Chicago, since graduating. In part, due to their accents, they often are asked about the British monarchy. Rather than joining the chorus decrying the institution, my kids are pressed to confess that their dad, an odd Jewish historian at University College London, originally from upstate New York—has had a ‘bromance’ with the Duke of Edinburgh.

It would be a stretch to say that the late Prince Philip was my bosom buddy. Yet as we are awash in a sea of recollections—willingly or not—I feel that I do know him fairly well.

I had the tremendous fortune to be granted an audience with Prince Philip, in 2012, when his wife, the Queen, suggested I talk to her husband about Jews as court photographers-a matter she did not deign to address herself. (One of the questions I had for the Duke was, in fact, about his wife’s relationship with photographer Annie Leibovitz.  He said they got on like a house on fire.)

For my research, I read Baron by Baron (London: Frederick Muller, 1957). Sterling Henry Nahum, known as ‘Baron’, asserted that he was intimate with the royal couple and especially friendly with Prince Philip. Baron was a co-founder of the social club that met at Wheeler’s Oyster Bar, which counted Philip Mountbatten as a leading member. (It is depicted in The Crown.) In the tabloids Baron was chided as a bad influence on Prince Philip, introducing him to ‘showgirls’ and other shady characters. Baron’s account, though not exactly a literary masterpiece, struck me as sincere. In the first instance, his photos of Princess Elizabeth and Prince Philip, later the Queen and the Duke of Edinburgh, inspired me to dig deeper. The couple appeared relaxed, even jovial when Baron was behind the camera. I thought this revealed a level of comfort they didn’t share with other photographers. I wondered: what were their own feelings about Baron? So I wrote to the Queen in November 2011 and she suggested that I contact her husband separately.

I met with Prince Philip in his library, in Buckingham Palace, for some forty-five minutes. The main subject was his relationship with Baron and our talk ranged widely—a lot was packed in. He had re-read the Baron autobiography that he first read in 1957.  Prince Philip confirmed that Baron’s account was solid and that Baron was, indeed, his best friend–and squash partner. He did not recall if he ever knew about Baron’s specific ethnic or religious background, except for him being foreign. Prince Philip said that Baron was supposed to accompany them on their world-wide cruise after his wife’s ascension to the throne. But he suffered a fatal heart attack before the voyage.

Baron was crazy about the Duke of Edinburgh and had a warm friendship with his wife. Baron also was connected to the royal couple through their brother-in-law, Lord Snowdon, Anthony Armstrong-Jones, who trained as a photographer with Baron.

I appreciate, immensely, the honestly, generosity, and humility of the Duke of Edinburgh. He shook my hand (what a grip), we sat down (alone), talked seriously and quickly, and had more than a few loud laughs between us.

I feel so sorry for the Queen. Boy was he interesting, and fun. I’m from his outer-outer-outer orbit, and I’m beside myself.

It is beyond strange to think of how Queen Elizabeth and Prince Philip have enriched my life.  There will be no end of embarrassment for my kids to admit that their dad has shed more than a tear, and is so deeply distressed, by the death of the Duke of Edinburgh.

Michael Berkowitz
Professor Berkowitz, a native of Rochester, New York, received his BA from Hobart College (Geneva, New York) and his MA and PhD from the University of Wisconsin (Madison). He is currently a Professor of Modern Jewish History at University College London.
Categories: UncategorizedHistory 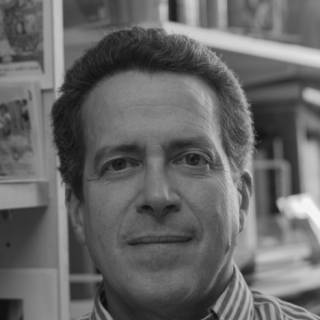 Michael Berkowitz
Professor Berkowitz, a native of Rochester, New York, received his BA from Hobart College (Geneva, New York) and his MA and PhD from the University of Wisconsin (Madison). He is currently a Professor of Modern Jewish History at University College London.