Napoleon and the Jews of Europe

On the bicentenary of Napoleon’s death, François Guesnet reflects on his relationship with Europe’s Jews.

During a stagecoach journey in the north of France in 1799, an agent of the secret police struck up a conversation with a Jewish fellow traveller to find out what he thought of the revolution. The answer was prudent enough: It would astound the world. Perhaps discouraged by this circumspect reply, the agent then turned to theology, inquiring whether the Jews were still waiting for the Messiah. It is probably the reply to this question that made the agent write down the conversation and the police keep a record of it. The answer was: ‘No, he has arrived! After the taking of the Holy Land by Bonaparte, the Temple in Jerusalem will rise! And there are 1,500,000 Jews in Europe who, if they must, will sacrifice their fortunes and their lives for such a glorious enterprise.’

This enthusiastic reply must have in turn astounded the agent who left it to his superior to decide whether one could exploit this enthusiasm by ‘caressing religious prejudices’ of the Jews, or ‘laugh about it as a joke.’ Napoleon Bonaparte’s campaign in Egypt and Palestine (1798-1801) and his related call on the Jews of Europe to join this military effort and ‘resurrect Jerusalem’ impressed Jewish minds across the continent. The call’s impact was reinforced coming from the most successful military leader of the revolutionary nation which had offered equal rights to the Jews not as an act of toleration, but on the basis of an implementation of a legal principle that all citizens were equal.

Napoleon was well aware of the different sides of this debate: On the one hand, the expectation that Jews would give up their communal traditions, and especially their legal autonomy, in exchange for their new status as equal citizens, and on the other, the fear – especially strong in Alsatia and Lotharingia – that this status would allow the Jews to continue what was considered by many as their negative role in money-lending. This issue would prompt him, then Emperor, in 1808 to impose the ‘Infamous Decree’ suspending the emancipation in these provinces for ten years (with the consequence of a similar suspension in the Duchy of Warsaw, a tributary of France at the time).

In the decade between the Egyptian campaign and the ‘Infamous Decree’, Napoleon was considered by some Jewish communities as an ally. He recognized that Jews were both a religious community and a people, and demonstrated this understanding by the deliberations of the Assembly of Notables in 1806 and the Sanhedrin in 1807, with Jewish delegates from territories under French control welcomed to Paris as much as representatives of a faith community and of a nation. In the wake of these deliberations, Napoleon in 1808 established the Central Israelite Consistory of France, a novel form to create a bond between a distinct religious community and the state. The introduction of the Code Civil in German provinces helped to ease restrictions on Jewish settlement and occupations, measures which would be taken back after Napoleon’s defeat in 1815.

His reputation had however also reached further east. This is well illustrated by an anecdote from Greater Poland, after the demise of the Holy Roman Empire. When entering Polish lands in 1806, Napoleon was greeted by enthusiastic crowds as the potential redeemer of this partitioned nation. The Jews of Swarzędz, a community founded by the Jews in the Poznań, the capital of the province, in the early 17th century which only recently had gained legal independence from their ‘mothership’, decided to greet Napoleon with a very special surprise. When the French Emperor inspected his troops in the vicinity of the town, he suddenly was confronted by a Turkish cavalry counting around hundred Turkish horsemen, welcoming him with the words: ‘Fear nothing, Your Imperial Highness, we are not Turks, we are the Jews of Swarzędz’.

This anecdote, attested in both Polish and Jewish sources, reflects a political situation that inspired a Jewish community to break with most traditional norms of how to engage with powerful leaders – in this case, the single most powerful man in Europe – and to demonstrate sympathy, if not allegiance. To dress up as Turks may have been a reference to the Egyptian campaign and Napoleon’s alluring idea to ‘resurrect Jerusalem’, or just an early version of orientalist exotism, or both. In any case, the leaders of this small community had gone full throttle in trying to impress him, hoping to leave a good impression.

Another case of an ardent Polish-Jewish Bonapartist was Berek Joselewicz, the instigator and commander of the first post-Maccabean armed Jewish military unit established in defence of Warsaw in 1794 against the Russians. After the fall of Warsaw, Joselewicz fought with French troops in various war theatres and was killed in 1809 near the city of Kock.

I was once asked after a talk which involved this anecdote what would have happened if the invasion of Russia in 1812 would have been successful. I am not a fan of counterfactual history, but it is not impossible to imagine that Europe’s history would have looked quite different with a Russian state based on equal rights for all of her citizens, rather than the agony of three or four more generations of Tsarist rule, followed by three generations of Soviet totalitarianism, followed by one generation of thug rule. Perhaps Russia would be a bit like Canada: cold, with some internal divisions, but overall, not that bad. On the other hand, Napoleon developed his own kind of authoritarianism, subjugating too many nations in too nasty ways, leading to his defeat in Waterloo.

For Europe’s Jews, Napoleon’s legacy was a decidedly mixed offering. In the course of the 19th century, the Code Civil contributed much to formalising equal legal status. For several decades, the Consistory was considered a template to define and shape relations between Jewish communities and the state. Napoleon’s recognition of Jewish nationhood would be a powerful inspiration for imagining the Jewish collective. But just as he turned back the wheel when he revoked the revolutionary abolition of slavery, he tarnished his legacy by putting the project of the emancipation of the Jews on hold with the ‘Infamous Decree.’

François Guesnet
François Guesnet is Professor in Modern Jewish History in the Department of Hebrew and Jewish Studies at University College London. He holds a PhD in Modern History from Albert-Ludwigs-Universität, Freiburg im Breisgau, and specializes in the early modern and 19th century history of Eastern European, and more specifically, Polish Jews.
Categories: HistoryUncategorized

A Jewish Magician Among the Spirits 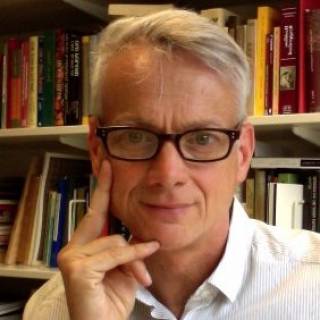 François Guesnet
François Guesnet is Professor in Modern Jewish History in the Department of Hebrew and Jewish Studies at University College London. He holds a PhD in Modern History from Albert-Ludwigs-Universität, Freiburg im Breisgau, and specializes in the early modern and 19th century history of Eastern European, and more specifically, Polish Jews.