David Brauner contemplates the problems of writing a literary biography of Philip Roth.

First, we had the previews of the Philip Roth biography by Blake Bailey (reviewed for JewThink by Donald Weber) – notably Joshua Cohen, assuming the voice of the dead Roth (a trick Tim Parrish had pulled off with more wit and elan his story, ‘The Plot Against Philip Roth’, published in Philip Roth Studies in 2018). Then we had the reviews (predictably polarised, with a few honourable exceptions such as Michael Gorra and Erica Wagner). Then we had the reviews of the initial reviews, prompted by the #MeToo allegations against the biographer. Now we have the inquest into the commissioning, promoting, pausing and potential pulping of the biography. If this all sounds a bit like a Philip Roth novel, perhaps that shouldn’t be too surprising.

In his insistently self-reflexive work, Roth explored numerous different ways in which an author might control the narrative, as we now like to say, both within the fiction and without. Much of his first book of non-fiction, Reading Myself and Others (1975), was devoted to critiquing his critics. One of his least well-known and least well-regarded novels, The Great American Novel (1973), ends with a series of rejection letters from publishers, critiquing the novel that we’ve just read (the letters addressed to the narrator of the novel, Word Smith, are of course part of the fiction but they are also an attempt to pre-empt potential objections to the novel). In Chapter Four of The Counterlife (1986), it emerges that the elegy delivered at Nathan Zuckerman’s funeral was composed by the dead writer himself and the chapter closes with an interview with his widow, Maria, that appears to be conducted by Zuckerman from beyond the grave (the interview consists of questions that a would-be biographer might have asked).

The Facts (1998), Roth’s memoir, is bookended by two letters: one from Roth himself to Zuckerman, his favourite alter-ego, expressing reservations about publishing the book; and a second, much longer, reply from Zuckerman telling him not to publish because without his fictional masks he is utterly uninteresting (the paradox here being that we are only able to read Zuckerman’s advice because Roth chose to ignore that advice, except of course that Roth has written Zuckerman’s letter, so that he is in effect ignoring his own advice, or rather dramatising his own ambivalence towards the book). Again, Zuckerman gets there first, dismissing his own letter as ‘a self-defensive trick to have it both ways’. If Roth hoped effectively to ghost-write his own biography, however, what he has arguably ended up with is a ghost of a biography (one that has effectively been killed off by its own publishers, leaving behind only a spectral trail of scandal)..

On the back of the dustjacket of Blake Bailey’s biography is an alleged quotation from Roth himself, telling his biographer: ‘I don’t want you to rehabilitate me. Just make me interesting’. This begs a number of questions:

The ironies here have of course only been amplified by the storm that has erupted following allegations of grooming and rape against Bailey: any interest the biography might have generated in Roth’s life has been displaced by interest in Bailey’s own biography; any concern about Roth’s reputation has been superseded by much more serious concerns about Bailey’s own reputation. Dubious though Roth’s behaviour towards the women with whom he had sexual relationships might have been, he has never been charged with crimes of the kind that Bailey is now being accused of.  And yet of course the temptation to conflate the biographer with his subject has already proved too strong to resist for some. After all, at one point Bailey quotes Roth’s friend, Joel Connaroe, describing his role in the selection process for the students whom Roth taught at Penn as that of a ‘pimp’ and going on to offer in extenuation the laconic observation, ‘Well, it was a different time to be sure’.

At the same time, the problems with Bailey’s biography do not begin or end with the controversy that has now engulfed it. Arguably the most fundamental of these problems is signalled, again ironically, in its hubristic subtitle: Philip Roth: The Biography. I’d love to imagine that Bailey chose this title to differentiate it from my own critical study, Philip Roth (spot the shameless plug!). But of course, this isn’t the case. Rather, he is claiming to have written the authoritative, the definitive account.

Yet Roth’s life is hotly contested territory. In addition to Ira Nadel’s rival biography that appeared at almost the same time, many other authors had already trespassed on what Bailey presents as virgin ground: Bernard Avishai, whose Promiscuous: Portnoy’s Complaint and our doomed pursuit of happiness (2013) quotes extensively from personal interviews with Roth and from his teaching notes, to which Roth gave his friend what was at the time unique access; Claudia Roth Pierpont (no relation), whose Roth Unbound: A Writer and His Books (2014) drew heavily on reported conversations between its author and Roth; and Benjamin Taylor’s memoir of his friendship with Roth, Here We Are (2020). There are more where these came from: Steve Zipperstein is currently working on his own book on Roth, who was a personal friend. And this is not to mention the incidental anecdotes about Roth to be found liberally sprinkled in autobiographical works by David Plante and Al Alvarez, or the thinly-disguised portraits of Roth to be found in novels by former lovers such as Janet Hobhouse (The Furies) and Lisa Halliday (Asymmetry), or by former friends such as Alan Lelchuk (Ziff: A Life?).

I’m wary of imposing a deterministic narrative on Bailey’s biography, but with hindsight, it is tempting to suggest that the job of writing Roth’s biography was always likely to be a poisoned chalice. If Roth’s dismissal of his initial biographer, Ross Miller, and the demurrals of other contenders such as Hermione Lee and Judith Thurman weren’t sufficient to give Bailey pause, perhaps Zuckerman’s characterisation of Kliman, the would-be biographer of his old mentor, E.I. Lonoff, in Exit Ghost, ought to have done so. Kliman, he complains, has ‘not a single doubt … [and is] blind with self-confidence and the virtue of knowing what matters most’.

Yet, over and above the particular difficulties attending a Roth biography, I would argue that there are also more universal problems with literary biography. Even before Roland Barthes’ proclamation of the death of the author became an article of faith for my generation of critics, every avid reader worth her salt knew, intuitively, that ‘what matters most’ about writers — what makes them interesting — is their writing, not their lives. Biography almost invariably diminishes the work by focusing on the life; or, even worse, uses the life reductively to explain the work. The honourable exceptions to this rule are those critical biographies written by literary critics for whom the work is paramount (I’m thinking of Richard Ellmann’s biography of Joyce, or, closer to Roth’s milieu, Philip Davis’s brilliant biography of Bernard Malamud). But then the question is: why bother with the life at all? Why not just write a critical study, as Hermione Lee (the author of a number of excellent critical biographies and a close friend of Roth’s) did with Roth way back in 1982?

My disenchantment with literary biography began when, as a teenager infatuated with Tolstoy after reading Anna Karenina, I read Henri Troyat’s biography of the great Russian novelist. It wasn’t Troyat’s book per se that was the problem (it’s actually exemplary in many ways) – it was that I was disillusioned and dismayed to discover that someone who wrote with such nuance and sensitivity about Anna’s unhappy marriage could be as terrible a husband as Tolstoy turned out to be.

But here’s the thing: artists are their best selves in their work; or, to put it another way, they transcend themselves in their work – and those in their immediate orbit can often be sacrificed on the altar of their art (one of Roth’s favourite sayings, borrowed from a Czech author, was that ‘when a writer is born into a family, the family is finished’). In one sense, the Bailey farrago seems to have dealt a blow to those of us who treasure the work and don’t believe that the flaws of its author are relevant to a consideration of that work, or indeed that the work itself should be judged by standards of moral utility (‘literature is not a moral beauty contest’, as Roth himself put it). The timing of the Bailey allegations is particularly unfortunate in this respect since Roth’s stock seemed to be rising in the wake of the rediscovery of The Plot Against America during the Trump presidency (helped by David Simon’s adaptation of the novel for HBO).

However, the final irony of the Bailey biography might be that even if in the short term Roth’s reputation might be tainted by association with his biographer’s biography, in the long run, it might mean that he is spared the fate of those authors whose lives become more interesting to readers than their work.

David Brauner
David Brauner is a Professor of Contemporary Literature at the University of Reading. He is currently working on an interdisciplinary monograph on authenticity and confessional culture in post-war America.
Categories: BooksUncategorized

Groucho Marx and the Spirit of American Humour 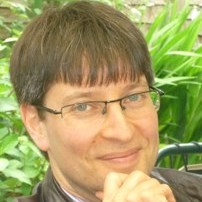 David Brauner
David Brauner is a Professor of Contemporary Literature at the University of Reading. He is currently working on an interdisciplinary monograph on authenticity and confessional culture in post-war America.