israelPalestinecurrent affairs
May 14, 2021
by Dan Rickman

It is impossible to watch the news from Israel/Palestine just now without tears in one’s eyes, wherever your sympathies lie. And whilst the conflict with Hamas is sadly all too familiar, the sort of mob violence inside Israel itself is shocking and something new, or at least something which recalls the early days of the State of Israel and the years leading up to its establishment.

How do we react to all this? Or more specifically, how do I react as a member of the centrist Orthodox, religious Zionist, United Synagogue, and a left-wing, doveish, peacenik based in the Diaspora?

That there are faults on all sides is a given. However, the rabbis say that people see very clearly when observing the faults of others, but when it comes to their own faults, their vision is blurred (paraphrasing).

Looking at ourselves, how is it possible to see ‘religious Zionist’ Jews shouting ‘mavet le-aravim’ [death to Arabs] and then acting out on this through taking part in lynch mobs?

Judaism is neither monolithic nor static, and it is impacted by events, none more so over the past 100 years, than the Shoah, Zionism, and the creation of the State of Israel

Gershom Gorenberg notes that following the perceived miracle of Israel’s victory in the Six-Day War, ‘a new theology swept much of Israeli Judaism. It described the battlefield triumph as part of God’s plan for redeeming the world, for bringing humankind into the perfected age of the messiah.  The theology assigned sanctity to the State of Israel and its military.  It made settling Jews in the newly occupied territory a divine commandment ‘as important as all the others combined’. The new doctrine constricted Judaism’s universal moral concerns and made militant nationalism a pillar of faith.

The extent to which Judaism has ‘universal moral concerns’ has been much debated. The Talmud contains many negative statements about non-Jews.  Xenophobia was commonplace in late antiquity (and even much more recently to cite one egregious example of many), so we should not be astonished to find it in the Talmud. There are also reflective stories, whereby the rabbis question the fairness of the laws they have created in the eyes of the world.

Within these texts, and the commentaries which followed and are the basis for modern-day halakha, there are counter texts which are more inclusive, and this reflects a tension in all societies and ages as to how we approach the ‘other’ however defined.

When Jews were living in the Diaspora, the tendency was to interpret these texts, and halakha, in a more universal light. However terrible events can change people’s views.

Within orthodoxy for example the more universal ‘Torah in Derekh Eretz‘ movement was already under challenge well before the Shoah: ‘The generation of the first World War, which experienced the decline of the European ideals of humanism and liberalism … brought about an estrangement from the ideological elements of S. R. Hirsch’s conception which were associated in their minds with the nineteenth-century world of idealism and humanism.’

Looking at the current, tragic news in Israel/Palestine, again we see people turn against each other, with some religious Jews citing Biblical verses such as ‘do not let anyone live‘, referring to killing the seven Canaanite nations, or references to the Amalekites.

The extremists use religious language to argue for Jewish supremacy. justify ‘collateral damage’ and ethnic cleansing to ‘save’ Jewish lives. This is not an argument about defence or rules of engagement, this is a basis for religious extremism and fascism.

Trauma understandably produced extreme reactions, in the case of the Holocaust the cry of ‘never again’ became dichotomous, ‘never again’ to any human being or ‘never again’ to us, the Jewish people. The latter view, when combined with the religious nationalism Gorenberg outlines above, can become a toxic mix, and the growth of Kahanist ideas epitomised by Lehava, and Otzma Yehudit, shows where this can lead. President of Israel Reuven Rivlin has compared the actions of Lehava to ‘rodents gnawing under the shared democratic and Jewish foundation of Israel’.

Rabbis have rushed to condemn the ‘extremists’. However, they rarely address directly whether people like Itamar ben Gvir are outside Jewish tradition in their views of Jewish supremacy, and whether a more universal view is possible.

Yair Wallach argues that ‘what has gone largely unremarked is the extent to which these events signal the emergence of a version of Judaism that fetishises rock and soil – and pursues a fantasy of redemption in the physical takeover of the Temple’s site.’

What has happened, gradually since 1967 and the wider acceptance of groups such as Gush Emumin, and the Jewish underground, is the gradual marginalisation of moderate religious Zionists like Rabbi Melchior.

Traditional Jews need to re-assert that all human beings are formed in the image of God, and views of Judaism that deny humanity to others are completely abhorrent.  ‘Never again’ must apply universally, any other view is not a Judaism I can respect.

It is heartening to see that Jews and Arabs are coming together currently in Israel, to reject racism and to find common humanity and hope against hatred.

Dan Rickman
Dan Rickman is an alumnus of Hasmonean High School and Oxford University who currently works in the IT industry. He has an MA in Hebrew and Jewish studies from the University of London, looking at attitudes in the Talmud to non-Jew and is author of a number of articles in the Jewish Chronicle, the Guardian, Huffington Post and Ynetnews
Categories: UncategorizedIsrael

We have to remember that the only religious text stating that the Jewish people, whatever their ethnicity or origin, belong permanently in the land that became Israel is in the Talmud. Not mentioned in the Vedas or Baghavata, the Egyptian Pyramid texts or the Qur’an. Why would any other religion let alone atheist people accept this unique belief so that disparate people could settle in an area that other people lived in? By bad planning or accident Israel was created and that can’t be changed. The international community has a responsibility to ensure that the original aims for a democratic two state solution is pursued.

the Torah (and the Tanakh more generally) contains accounts of God’s promise to Abraham and his descendants (some anyway) of the Land of Canaan, and the conquest by Joshua and subsequently

Of course, the Tanakh is much disputed as a historical record. However, the connection between the Jewish people and the Land of Israel (however both are defined) is a historical fact – supported by external evidence including Roman writings and evidence from cuneiform before that.

The idea that Jews belong permanently in the Land, if it does exist (which is a discussion in its own right), is more likely rooted in the Talmud – bear in mind “Jewish” communities have lived outside Israel for millennia e.g. from the Babylonian exile onward

Also bear in mind the fate of some of these communities e.g. look up the Diaspora revolt

Moving forward to the creation of the zionist movement in the 19th century, this was primarily a secular movement and it used the connection of the Jewish people to the Land of Israel in a cultural way, more than a religious one

The resistance to the zionist movement was predictable and predicted.

Anyway, as you say, it is done and let’s hope (and pray should one wish) for a just solution for all people. What is happening now is devastating and heartbreaking 🙁

Thanks for reading and for your response

Thank you for this excellent and heartfelt article, Dan. I wish more voices like yours were raised in support of the moderation and mutual sensitivity, without which neither Israelis nor the Palestinians can ever hope to live in peace. Not now and not ever. Kol HaKavod

Thanks Gloria that is really appreciated

Cheers Sam, thanks for spotting this 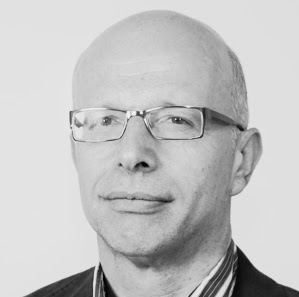 Dan Rickman
Dan Rickman is an alumnus of Hasmonean High School and Oxford University who currently works in the IT industry. He has an MA in Hebrew and Jewish studies from the University of London, looking at attitudes in the Talmud to non-Jew and is author of a number of articles in the Jewish Chronicle, the Guardian, Huffington Post and Ynetnews

No, thank you.
wpDiscuz
7
0
Would love your thoughts, please comment.x
()
x
| Reply