Sue Vice laments the end of an era.

As confirmed by Channel Four’s anniversary documentary, Friday Night Dinner: 10 Years and a Lovely Bit of Squirrel, broadcast on, fittingly, Friday 28 May 2021, the series has now finished. There will be no more weekly visits by twenty-something Adam and Jonny to the suburban Jewish home of their parents Jackie and Martin Goodman, for mishap-filled evenings in which very little of the titular dinner is ever consumed.

The main reason for the series coming to an end is the death in April of Paul Ritter, who was irreplaceable in the role of Martin. Although he was clearly at a late stage of his terminal illness, Ritter took part in the documentary to observe what a ‘gift’ to him the character of Martin Goodman had been. His fellow cast-members and viewers might see it the other way round, as Ritter gifting to the world an archetypal ‘weird dad’ figure who goes topless at home and eats food out of the bin. For the creator and writer Robert Popper, this oddball paterfamilias is one of the series’ two universal truths. The other is its portrayal of adult offspring regressing to childhood status the minute they return to the family home. This is not just what happens to the sparring brothers Adam and Jonny, but also to Jackie in the face of her mother, Nice Grandma, and Martin when confronted with his, Horrible Grandma.

Since Ritter had died by the time the documentary aired, it was introduced by Tamsin Greig’s heartfelt tribute to him as ‘our dear and most cherished friend’. Greig concluded by saying that Ritter would have wanted everyone to ‘sit back and enjoy’ the film’s celebration of the FND universe, ‘and to say, as we do, in his memory: shalom’. Touching as Greig’s homage was, and indeed it reduced many viewers to tears, her use of the Hebrew word for ‘peace’ brings out into the open the strange but revealing nature of the show’s catchphrase and its Jewish backdrop more broadly.

Greig was quoting the word beloved of the Goodmans’ neighbour Jim, and one of the documentary’s striking revelations concerned the trend for FND fans to get tattoos that immortalize his favourite saying, ‘Shalom, Jackie’. Jim’s is a mantra so popular that it was seen during the pandemic in university residence windows, alongside Martin’s customary exclamation, perhaps more apposite in the circumstances, ‘Shit on it!’ Such spin-offs should not be surprising, given the fact that Jim’s utterance is also a popular Twitter hashtag, while among the show’s merchandise is a T-shirt simply bearing the slogan ‘Shalom’.

But this is the paradox of Friday Night Dinner. The fact that the Goodmans are a Jewish family is both known and unknown, foregrounded and hidden. It appears as part of the décor of their dining room, with its lighted sabbath candles and shiny challah loaf, and sometimes within the plot itself, motivating the specific ways in which Jim’s misunderstandings and outsider status are affirmed. Jim’s weekly efforts to be admitted to the Goodmans’ house on Friday night arise from his wish for acceptance and a misplaced crush on Jackie. This entails Jim’s ‘reverence’, as Popper puts it, for the family’s Judaism, expressed as his confusion over rituals and food laws, whether relating to rice pudding, salted water or fox flesh, an inability to pronounce ‘yarmulke’ and his addressing a rabbi as ‘Your Majesty’.

Yet at the same time Jewishness is subsumed by the Britishness of this sitcom. The very premise of FND as a comedy in which everything always goes terribly wrong was, according to Popper, inspired by the ur-British Fawlty Towers, even if the characters are based on his own Jewish family members. It, therefore, seems perfectly possible to hear Jim’s ‘shalom’ as an expression of English eccentricity and ignore its status as a Hebrew, and indeed Israeli, greeting. Fans who wear a T-shirt, drink from a mug or sleep under a duvet bearing the ‘shalom’ slogan are affirming their loyalty to the show and expression of solidarity with its misfit-next-door, rather than any inter-cultural allegiance. If the series can be called ‘universal’, it is of a gentile British version that adopts difference in order to subsume it.

Despite its viewer numbers defying expectation by almost doubling over the course of its decade-long run to a noteworthy 2.5 million, and Popper’s declaration at the start of series 6 in April 2020 that it would not be the last, FND had to end where it did. This wasn’t just because of the deaths of cast members, including Frances Cuka and Rosalind Knight as Nice and Horrible Grandma respectively, as well as Ritter. It also seemed implicit in the scenario of the final episode, where Adam and Jonny not only brought home a girlfriend each for the first time but also were both about to become fathers. Popper admits that writing a future series to include actual infants would exceed his comic vision, while the episode’s final moment, in which Jackie delightedly assures herself, ‘You’ve done it, Jackie!’, is notable for its omitting — on the part of this Jewish mother — any reference to her future grandchildren’s religion. We will never find out if a third generation of British Jewish children is envisaged. But Jackie’s going out-of-doors to voice her happiness suggests entry into the wider world, outside the Jewish home. As much as the fate of ‘shalom’, the series’ conclusion is an allegory of radical assimilation.

Sue Vice
Professor Sue Vice is a lecturer at Sheffield University’s School of English.  She teaches film courses and has written books and published several articles on the Holocaust.
Categories: Television

I’m afraid to say I haven’t seen it. I’m always suspicious of a maudlin sentimentality and schlick in Jewish family comedies. But I’ll certainly do some catching up now. 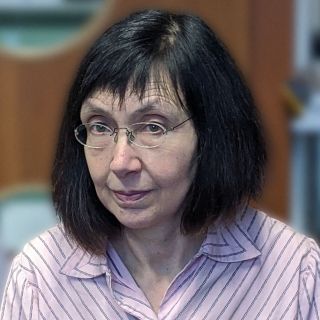 Sue Vice
Professor Sue Vice is a lecturer at Sheffield University’s School of English.  She teaches film courses and has written books and published several articles on the Holocaust.