Marc Kaye remembers being born Jewish on a US Army Base in Germany.

In screenwriting, it is often recommended to place your protagonist in very extenuating circumstances – situations that he would never expect to find himself in.

For a Jewish mother, I would think that taking a Jewish son and placing him both in an Army draft and the country of Hitler would more than fit the bill. Throw in a young, new wife who, except for college, never left her hometown and well, can you say ‘Oscar’?

In the late 1960s, when considering the populations of both Eastern and Western Germany, there were approximately 78 million citizens, 28,000 of whom were Jewish, or a whopping .0358 per cent. This was just the requisite number to ensure that the banking and jewellery industries would remain solvent while allowing for just enough Jews for the German government to proclaim, ‘see – we still love you!’

Naturally, then, it was in the cards that as part of the draft, my father would be sent to Landstuhl, Germany to be stationed during the Vietnam War. Upon his arrival, the German government was excited to report the Jewish population increase to 28,000 and one. My newly married mother soon followed: 28,002! I was born 9 months later and the Jewish population of 28,003 now represented an unprecedented .0359 percent of the overall German population, (yes, that is a 9 in the 10,000th place). Sure, we were not citizens but every bit counts. Germany had not seen a Jewish surge like that since World War II, and in case you weren’t aware, it was much larger then, and in the opposite direction.

In truth, given where my father could have been sent, Germany in the late 1960s was a pretty good option. To this day, Germany is listed on my passport as my birthplace and there is no end of the discussion about this at various checkpoints during my travels. It doesn’t help that I look like a terrorist, am Jewish, live in America, have a Russian last name, and have Germany listed on my U.S. passport. I’m the Forrest Gump of Customs.

I don’t even wait to be called out at the security gate anymore. I just step out of line at the airport, assume the correct stance, put my arms out and wait for the wand of truth to do its thing. I began to wonder if the new see-through x-ray machines could just beep when identifying a circumcised male.

I go back to that place and time of my birth to try and understand what my parents were feeling. From what I can tell, my dad didn’t mind it and had established some friendships. My mother seems to have been in a sort of Brigadoon, as well. Narcissistically, I inquired if those feelings of good vibes were due to my arrival – you know, another important Jewish birth, but this time much further northwest of Nazareth.

The only thing I do know from their recollection of this time is that I spent an inordinately large amount of time alone on the outside balcony in my stroller regardless of climate and was ‘a good, thorough sleeper’. My mother was always careful, if not a little vague, in her memory as to not give too many details. She always seemed to remain just a bit tempered in her description, too, as to not take away too much guilt from my father for the days and nights when he was away on duty.

Being born in Germany, even on a U.S. Army base, afforded my parents the option of giving me dual citizenship. Personally, that would have been a neat thing for me to have. The suggestion was so out of the realm of possibility for my mother, however, that it is as if I would have suggested forgoing the Bris altogether. I come from two parents who would not even consider purchasing a non-American vehicle, let alone a Volkswagen. Allowing their Jewish son to obtain German citizenship was not even a question.

As for that sacred ceremony which enters every Jewish male into a covenant with God himself (or herself or non-gender specific pronoun that God may be using these days), and every Jewish father into a covenant with Schnapps, it was a pathetically small affair to hear my mother describe it. The U.S. Army had stripped from my mother the one and only opportunity to circumcise her son in front of family, friends, and a never-ending flow of Manischewitz. My foreskin wasn’t the only thing cut that day – so was a once-in-a-lifetime chance to celebrate a questionable male ritual over chopped liver with dozens of friends and family.

Stuck in a village with an unpronounceable name and not a kosher deli in sight, the Bris would be celebrated with my parents, my grandparents who had taken their first flight ever to see me, the last reachable Rabbi in Germany and a couple of friends from the Army who would later write home about the weird Jewish tradition they just attended where they celebrated cutting the baby’s ‘thingy’ off.

By the early 1970s, we were headed for Connecticut and the start of a new life in a town with more Jews – 5, instead of 3, thanks to the addition of my grandparents. It was more of a trickle than a full-blown diaspora but at least you could find a deli within 60 miles.

Marc Kaye
Marc Kaye is the author of several articles and blogs featured in Working Mother, Stage Time Magazine, Chutzpah Magazine, Bucks County Alive and Green Energy Times. A Content Strategy and Engagement Leader by day and comedian, actor, and songwriter by night, he has developed several screenplays, short plays, web series and featured skits. His series of essays is set for release in 2022.
Categories: Comedy

Hilarious. I loved this. 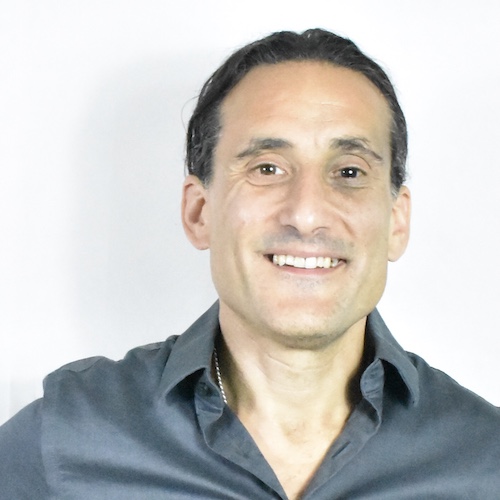 Marc Kaye
Marc Kaye is the author of several articles and blogs featured in Working Mother, Stage Time Magazine, Chutzpah Magazine, Bucks County Alive and Green Energy Times. A Content Strategy and Engagement Leader by day and comedian, actor, and songwriter by night, he has developed several screenplays, short plays, web series and featured skits. His series of essays is set for release in 2022.