Barbara Borts tells us how Simon and Garfunkel explain Kohelet.

Paul Simon has just celebrated his 80th birthday, keyn eyn hore, and Art Garfunkel has his coming up soon. All the celebrations have sent me with nostalgia back to their music, which formed a significant part of my teenage playlist of folk and singer-songwriter melodies. How could you not shed tears for the starving sparrow, dream of visiting Scarborough Fair, gaze melancholily upon old people on benches, soar with the condor, or yearn for the day when you too could look for America?

As a Jewish girl living in a very non-Jewish area, I was so proud to add them to the panoply – Bob Dylan, Leonard Cohen, Neil Diamond,  some of Peter, Paul and Mary, well, that was about it for my nearest and dearest singers – Judy Collins, Joan Baez, Buffy Ste Marie, Joni Mitchell, Crosby, Stills and Nash, not Jewish.

But how Jewish were Simon and Garfunkel? Halakhically, completely so. But their music never expressed that Jewishness, with the exception perhaps of the faint murmur about prophets writing on subway walls. In fact, there were not infrequent Christian motifs referenced, including an actual Christmas song. ‘Jesus loves you more than you can know’ is hardly ‘David, Melekh Yisrael’. In later years, in solo work, Paul Simon’s Christian references have become more blatant, culminating in a 2011 Christmas album and a song built upon a Christian preacher’s sermon. As with certain songs written later in life by Neil Diamond, some Christians have little doubt that Simon is, in some way or another, one of theirs.

I did a search for some scholarly writing uncovering  Jewishness perhaps obliquely implicit in Simon’s lyrics and found that others also uncovered, well, nothing. Even the scholar Seth Rogovoy, in The Forward in 2016, could but wonder what would have been had Simon incorporated, say, klezmer melodies instead of Gospel into his pieces. And in an article by another Jewish musical scholar, Jeffrey Salkin, he noted that Simon was observed with a cross dangling on his wrist, and wrote that if Jews are surprised, it is because they were not taking note of all of the Christian material included throughout the careers of Simon and Garfunkel and solo Simon.

Why do Jews obsess about this? We want ours to remain ours. Are Mahler and Mendelsohn Jewish composers? For many Jews, yes. We need to be proud of our achievements, and would rather not dig too deeply into the object of our jewtention’s own heuristic world.

But, as I was listening to the songs, in the aftermath of Sukkot, when we read the Biblical book Kohelet, or Ecclesiastes, I found something. I was convinced that Simon has solved something of a rabbinical difference of opinion. Rabbi Simon indeed.

Ecclesiastes is one of the three books that tradition ascribes the authorship of to King Solomon. The other two books are Song of Songs [Shir HaShirim] and Proverbs [Mishlei]. The rabbis in a midrash, or rabbinical tale, discussed the ages at which he must have written the books. They decided: Song of Songs, erotic love poetry, when he was young, I am assuming, on the basis that only the young have parts. Proverbs was to have been when he was middle-aged, and a wise-ass. And then Ecclesiastes, a book of melancholic and bitter reflections on the futile meaninglessness of existence, in old age, upon facing death. [Shir Hashirim Rabbah 1:10‎]

Possibly. But some of us recall a teaching [Some of us remember hearing this taught by Rabbi Louis Jacobs, z’’l ] in which the order was reversed, in which the Song of Songs was written by an older man, remembering the loves and pleasures of his youth, and Ecclesiastes as the work of a cynical young man.

In a deep and dark December

I have no need of friendship

Its laughter and its loving I disdain…

If I never loved, I never would have cried

One hears in this lament of a young man of 24 all of the sorrow that besets young people, the way in which love and friendship disappoint, the manner in which people fail us. Who but such a young person could so deeply realise that all is futile, that nothing much really matters at all. In fact, he even writes of his agonies in other songs:

I know I’m fakin’ it

I’m not really makin’ it

This feeling of fakin’ it

I still haven’t shaken it.

Or this from America:

Though I knew she was sleeping

“I’m empty and aching and

I don’t know why”

This seems to me to be definitive proof that Ecclesiastes was written when Solomon was a youth. I too remember being young, huddling in my bedroom, or ‘the cave’ as my family called it, and sobbingly singing my heart out concerning all of the pain life caused, and how good it was to be impermeable, solitary, how pointless life truly was.

To bolster my case, I listened to some of Simon’s later songs. I found this one, Cool Papa Bell (and with a reference to one‘s ‘Christian’ name, a term little used in the USA even back in the day), written in 2016. Listen to this lyric:

It turns out to be

A great thing for me

I don’t think (because)

It’s not my job to worry or to think

And that’s the gist of it…

Or this snippet, from Love and Blessings, also from 2016:

Touched as if old love was new.

This was even better – here we had an older man ringing out hope and love, of lips touching,  and desire renewed. Enter Song of Songs.

Solomon and Simon, writing their words of passion and disillusionment, in youth and in later life. We are meant to be in conflict now, the generations at war with each other because we do not understand the zeitgeist of the other. Ecclesiastes, Kohelet, is yes a book for the younger people, because the world is a tortured place, and neither work nor relationships yield much. The climate is burning up, and food is scarce. What kind of future will they have – who can blame younger people for their sense of urgency and their dreadful doubt that it can be made whole. And Shir Hashirim is yes a book for the older, to arouse once more the delight in life, the awakening of the senses, and with hearts tingling, find again the desire to tend and care for the world even though moving slowly out of it. If the young can see the reflection of the light in the older, and the older can feel moved by the plight of the younger, then perhaps a kind of peace can be restored.

Barbara Borts
Rabbi Dr Barbara Borts has a BA from the University of California,  she moved to London to study at Leo Baeck College and was ordained in 1981. In 2014, she completed a PhD thesis entitled Mouths Filled with Song: Anglo-Reform Judaism through the Lens of its Music at Durham University.
Categories: ReligionJudaismMusic 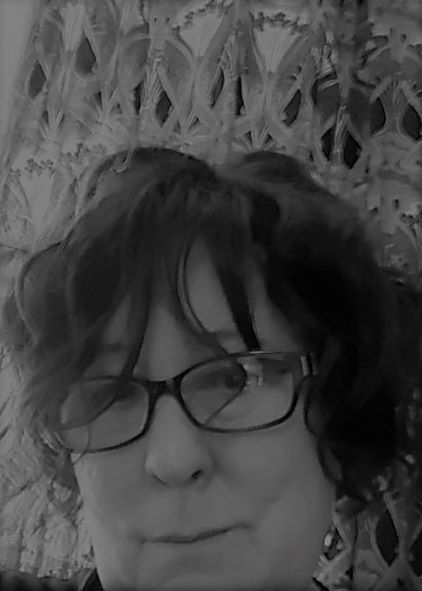