Steve Gimbel and Gwydion Suilebhan pay a little overdue respect to the late comedian, who recently would have celebrated his 100th birthday.

Rodney Dangerfield was a living contradiction: a successful failure. Fame is the closest thing American culture has to royalty, and America made Dangerfield famous, curiously, precisely because he failed to embody the virtues that we usually celebrate in our celebrities: wealth, accomplishment, youth, and beauty. Underneath it all, however, Dangerfield— who was born Jacob Rodney Cohen on November 22, 1921—embodied one quality American culture seems to have in short supply at the moment: humanity.

When Dangerfield was born, the doctor did not, in fact, really tell his mother “I did everything I could, but he pulled through anyway.” His unrelenting jokes about his rough childhood, however, were based in fact. His father, a vaudeville comedian, was a serial philanderer who deserted his family. His mother was coldhearted and selfish to the point of emotional abuse. The only person who ever showed him “affection” was the neighbourhood paedophile, who paid a five-year-old Dangerfield to sit on his lap and kiss him.

As a child, Dangerfield loved Jack Benny and Henny Youngman, both self-effacing Jewish comedians, and he set out to become as much like them as he could. As early as high school, he performed as Jack Roy, a name he legally adopted. He worked wherever he could, picking up gigs here and there, but could never get a big break. At 28, having worked at comedy for a decade, he gave up his show business dream.

Instead, he got married and started selling aluminium siding, believing he was destined for the unsatisfying sterile suburban life of a working stiff. Comedy was in his blood, however, and he couldn’t quite shake it. He kept writing jokes, just for fun. Then, when he turned 40, he decided to jumpstart his career. Comedy was a young person’s game, however, just as it is now, and coming back as a middle-aged man was audacious. As one booker told him, “I’d look ridiculous sending a forty-year-old nobody to a club.” Still, he soldiered on.

In one of his first gigs, Dangerfield returned to a club he used to play. Nervous, he asked the emcee to use a different name, just in case he was rusty and the set flopped. The emcee asked what name he wanted, and he told the guy to just make something up. “Rodney Dangerfield?” It stuck.

Slowly, Dangerfield’s career started to take off. Early gigs led to better gigs, and those earned him a couple of appearances on The Ed Sullivan Show. Before long, the loveable loser had found an audience and established a permanent place in America’s comedic heart. In a society that celebrated winners, he spoke to—and for—the rest of us.

Dangerfield took to hanging out at a deli called Hanson’s, where (along with Joe Ancis, a fellow aluminum siding salesman) he mentored a young wannabe named Leonard Schneider. They took the up-and-coming comedian’s canned, squeaky-clean material, which he’d used on his first radio appearance (on Arthur Godfrey’s Talent Scouts), and made him looser, dirtier, and completely unafraid to claim his Jewishness. Together, Dangerfield and Ancis turned Schneider into Lenny Bruce.

Later, while playing a small room in Greenwich Village, he watched a young comedian named Joan Molinsky who would go on to great fame as Joan Rivers. At the time, female comics like Phyllis Diller and Totie Fields were cartoonishly brash, but Joan wore a tasteful dress and pearls, talking in a normal speaking voice about the difficulties of being a thirty-year-old Jewish divorcee. She didn’t seem like a comedian. Rodney pulled her aside and told her that she needed a hook so the audience could remember her. She needed an identifier, some catchphrase. Joan hated the idea. It seemed pat and contrived. On stage a couple of nights later, however, she opened her mouth and out came, “Can we talk?” Rodney had been right.

As his career began to take off, he and a partner decided to start their own comedy club. At Dangerfield’s, he could always perform himself, but the club also let him launch the careers of some of the biggest names in stand-up comedy, too: Andy Kauffman, Jim Carrey, Rosanne Barr, and Sam Kinison, among others. To young comics, Dangerfield became legendary not only for his success but for his willingness to help anyone trying to build a career. He knew how hard life as a comic was and what it felt like to fail. Whether by offering a kind word, giving out sage advice, or booking a new comedian into an opening spot, Dangerfield was always there to help.

In 1980, Dangerfield had what might have been his biggest year, becoming an “overnight” sensation after more than 40 years in the business. His album “No Respect” won a Grammy for Best Comedy Album, and Dangerfield earned endless laughs for playing the role of Al Czervic in Caddyshack. Of Dangerfield’s performance, critic Roger Ebert wrote, “he’s a throwback to the Groucho Marx and W.C. Fields school of insult comedy; he has a vitality that the movie’s younger comedians can’t match.”

The persona Dangerfield created made him relevant in the buttoned-up 1980s. As Monty Capuletti in Easy Money (1983) and Thornton Melon in Back to School (1986), he was a decidedly anti-establishment figure in the pro-establishment Reagan era. His characters called back to the Three Stooges and the Marx Brothers in upsetting arrogant and well-heeled antagonists whose good manners were a false front for baser desires. Dangerfield, by contrast, was uncouth because he was honest about what he wanted. He dared to embody the cultural id at a time when social pressures were doing their best to repress it. As outrageous and self-serving as the screen version of Dangerfield seemed to be, however, the real man was a mensch. After his emotionally barren childhood and rough early adulthood, he knew what it felt like to be unloved and to give up on your dreams. In his later years, he used his newfound fortune to make sure others never experienced the same pain. For example, when his old co-worker Joe Ancis suffered from serious psychological issues, rendering him incapable of living a normal life, Dangerfield took him in, joking, laughing, and caring until Ancis’ passing. He gave people hope, help, and most of all, the one thing he always joked about never getting himself: respect.

Steven Gimbel is Professor of Philosophy and an affiliate of the Jewish Studies program at Gettysburg College in Pennsylvania. He is author of Einstein’s Jewish Science: Physics at the Intersection of Politics and Religion, Einstein: His Space and Times, and Isn’t that Clever: A Philosophy of Humor and Comedy.

Gwydion Suilebhan is a playwright, screenwriter, and arts advocate. He works as the executive director of the PEN/Faulkner Foundation and the project director of the New Play Exchange for the National New Play Network.

Steve Gimbel
Steven Gimbel is Professor of Philosophy and an affiliate of the Jewish Studies program at Gettysburg College in Pennsylvania. He is author of Einstein’s Jewish Science: Physics at the Intersection of Politics and Religion, Einstein: His Space and Times, and Isn’t that Clever: A Philosophy of Humor and Comedy.
Categories: Comedy 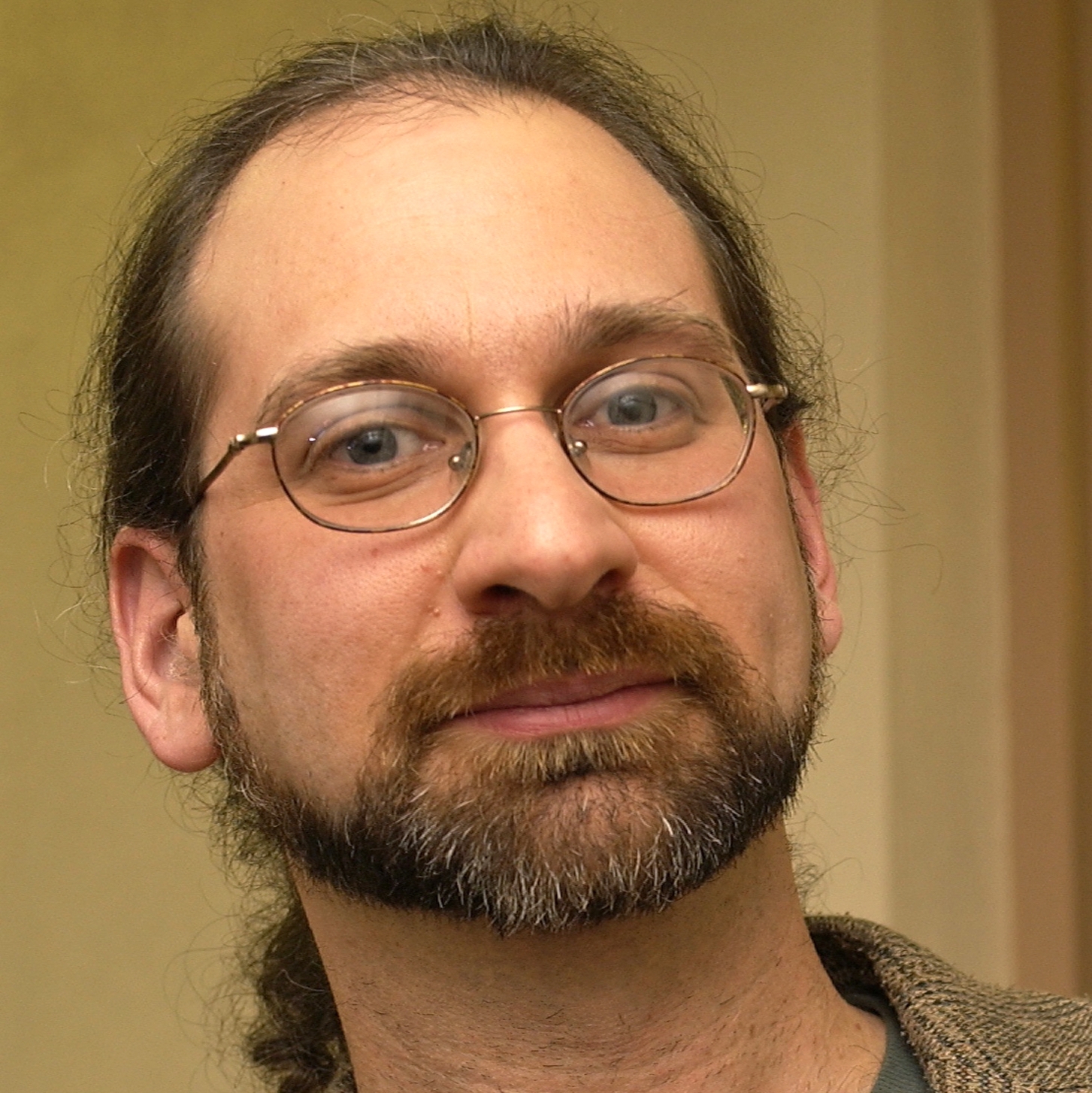 Steve Gimbel
Steven Gimbel is Professor of Philosophy and an affiliate of the Jewish Studies program at Gettysburg College in Pennsylvania. He is author of Einstein’s Jewish Science: Physics at the Intersection of Politics and Religion, Einstein: His Space and Times, and Isn’t that Clever: A Philosophy of Humor and Comedy.