It almost pains me to engage with a debate as silly as this, but folk are having a right broigus over “Jewface”. Arguing about non-Jewish actors playing Jewish parts and questioning why people don’t react the same as for, say, “Yellowface”, where a non-Asian actor takes a role as a Chinese or far-eastern character (think David Carradine in the television series Kung Fu), or Whitewashing, where an explicitly ethnic role becomes suddenly white for cinema (Motoko Kusanagi becomes Kira Killian for Ashkenazi Jewish actor Scarlett Johansson in Ghost in the Shell).

Making a big deal of this is David Baddiel (author of Jews Don’t Count reviewed here) who is quoted in the Jewish News article “Who can play a Jew?“: “In an ideal world, everyone could play anyone. In the world where we live, more and more, it simply is the case that minority parts have to be played by actors from that minority… So if Jews are somehow exempt from that stricture, you have to ask why? And the answer is: because Jews don’t count.”

This is an amazingly obtuse argument for four reasons. First, because ethnicity and religion are two different things (Black Jews exist, remember?). Second, because Ashkenazi Jewish actors have not historically had the same struggles for parts that many other ethnic or minority actors have faced. Third, because there has been a much better and more well-rounded range of significant Jewish roles on-screen than have existed for many other minorities. And finally, because this third reason didn’t stop Ashkenazi Jewish, actors taking some of the very those limited roles from other minority actors – think, for example, of the Mexican Tuco played by Eli Wallach in The Good, The Bad and The Ugly or the iconic Latino, Vasquez, played by Jeanette Goldstein in Aliens (1986) for goodness sake!.

The debates about representation on screen have grown from an awareness that many minorities simply have not been represented fairly on-screen. There were more limited opportunities for actors from certain backgrounds to get any role at all, and roles that were available often played very heavily on negative stereotypes. There were relatively few roles of any significance for Asian or Brown-skinned actors on television or film and casting decisions for even minor roles often ended up selecting white or Ashkenazi actors instead (think of Peter Sellers in The Party or Bernard Bresslaw in Carry on Up The Khyber). Consider also how Robert Townsend had to use his personal credit cards to finance Hollywood Shuffle (1987) his acerbic comedy on the demeaning experience of being a Black actor in Hollywood.

In contrast, Jewish actors have been able to get starring roles on the silver screen since the Golden Age of Hollywood albeit by changing their names to hide their Jewish background (Betty Joan Perske becoming Lauren Bacall for example). Going way back to the start of talkies, the star who made them a hit was Al Jolson in The Jazz Singer, whose legacy today is tainted by his use of Blackface.

Growing up, I never lacked Jewish role models on screen through many characters and many more actors. At the end of The Taking of Pelham 123 — my father’s favourite heist movie which we watched every time it came on television — the tension rises as we wonder whether Walter Matthieu’s Lt Garber will catch Martin Balsam’s Mr Green. Watching Kirk Douglas and Tony Curtis battle it out on a Sunday afternoon TV showing of The Vikings or Spartacus, I didn’t know at first that both leads were Jewish. I had no o such doubts watching Danny Kaye in The Court Jester with my mother retelling the story of when she met him. There were also the American sitcoms like Taxi or Happy Days with Judd Hirsch, Andy Kaufmann, Carol Kane, Tom Bosley and Henry Winkler. Mel Brooks and Woody Allen films. Reruns of Phil Silvers.

Ashkenazi Jewish characters were fairly well represented on screen throughout my youth and Ashkenazi Jewish actors even more so, and they continue to be pretty well represented at the highest levels of Hollywood today both in front of the camera and behind it in the writers’ rooms, the directors’ chairs and the boardroom. That is representation and to look at that and say, “But what about the Jews…?” is sheer chutzpah. When comparable roles and opportunities have been limited or non-existent for so many other minorities – and remain limited to this day it seems small-minded and tone-deaf to complain, especially when so many Jewish personnel have been responsible for the casting choices.

And what if this wish for Jewish actors for Jewish roles is granted? Presumably, only Anabaptists would be allowed to play the chaplain in new productions of Catch-22, but who gets to play Sammy Davis, Jr. in the biopic? Do we need a black actor who converted to Judaism? Will it still be OK for Gal Gadot to appear as Polish nun Irena Sendler?

This descends very quickly into a farce because this argument is farcical from the start. To treat the Jewish faith as ethnicity is to overlook the rich and varied Jewish community that actually exists with members of different ethnicities. It assumes that all Jews look the same: European and Ashkenazi when they don’t. Think of Yaphet Kotto in Alien. And seeking special protected status now for our minority in an industry where quite a few of our actors have explicitly benefited from the historical bias against non-white actors should be recognised by all as the nonsense it is.

Daniel Livingstone
Born and raised in Glasgow I have been at The Glasgow School of Art since 2013, where I lead the MSc in Visualisation (Medical, Heritage, Games &amp;amp; VR). The main theme of my current work is the application of 3D interactive technologies for education, learning and public engagement.
Categories: TelevisionFilm

How To Cast Jewish

Great article Daniel. How are you all? 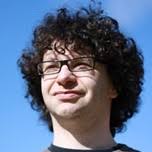 Daniel Livingstone
Born and raised in Glasgow I have been at The Glasgow School of Art since 2013, where I lead the MSc in Visualisation (Medical, Heritage, Games &amp;amp; VR). The main theme of my current work is the application of 3D interactive technologies for education, learning and public engagement.