It is now generally well recognised that America has never recovered from the 1960s; the Civil Rights Movement brought about the dismantling of Jim Crow segregation in the South but that was then replaced­ by the mass incarceration and unreformed police brutality that Black Lives Matter has, in more recent years, worked to dismantle. The anti-war protests and Black urban uprisings of the sixties were answered by a white and ultra-conservative backlash in the 1970s, that has since metastasized into Trumpism. Shaul Magid’s new book about Meir Kahane – less of a conventional biography and more a panoramic audit of Kahane’s politics and ideas – fits this too, presenting him as an artifact of 1960s America who then peregrinated to Israel and brought all his tactics and anxieties about race and urban unrest with him. Structured both chronologically and thematically, Magid’s book shows how Kahane hopped from a critique of American Jewish liberalism to a radicalism that borrowed from Black Power to white supremacist racism to anti-Communism and finally to a very curious form of Zionism that was so hostile to all other flavours of Zionism that Magid has recourse to label it as post-Zionism.

Born in New York in 1932 and educated at the Mir Yeshiva in Brooklyn, the young Kahane initially seemed destined for a life of obscurity as an underpaid rabbi and part-time journalist; he was incongruously a baseball reporter for a local paper before moving up to writing for the Jewish Press. Kahane’s first taste of fame (or, more accurately, infamy) came in 1968, though, when he established the Jewish Defense League, allegedly formed to defend Jewish communities amidst the racial tensions of the later sixties. The JDL was founded in the midst of a charged teachers strike in New York when Black communities demanded the hiring of a larger number of African-American teachers. The existing teachers in the New York Public School system, many of whom were Jewish, resisted these changes, partly fearing they would lose their jobs, partly acting out of anti-Black animus. In a notorious but small number of cases, Black criticisms of the teachers were markedly antisemitic. To its critics, of which there were many, the JDL was only ever a gang of violent miscreants. Kahane, conversely, presented it as a legitimate expression of post-Holocaust Jewish identity and pride. Magid seems to be of two minds about this, at times presenting Kahane’s politics as growing out of a serious and even legitimate critique of the supposed quietist liberalism that dominated Jewish America. Yet elsewhere, Magid situates Kahane – and the local New York Jewish anxieties about being pushed out by African Americans that the JDL regurgitated – within the broader history of American racism and white supremacy. The fear that white people are about to be replaced by non-white interlopers began to animate the American far-right, the JDL included, after the Civil Rights Movement and continues to do so today.

The JDL was certainly a radical force and Magid uncovers the fascinating ways in which Kahane borrowed from the stylings of various 1960s New Left and Black Power groups even as he fashioned a movement that was hard-right and conservative.  While Kahane may have made cracks about being a Jewish Malcolm X or spoken of the JDL as “Jewish Panthers”, he never sought to undermine any parts of the American power structure; at this point in his career, he was still wedded to an essentially assimilatory vision of Jewish life in America.  He venerated America as the place where Jews could fully thrive as Jews, religiously separate but still demanding their full rights as (white) American citizens.  JDL radicalism had its definite limits. When Kahane said of America in 1971 that “I don’t think that a society in human history has ever arisen that has been as good and as decent as the society that was built up painfully and pragmatically in this country”, he was expressing a view that the Black Panthers would clearly never have held.  There are important distinctions here, that Magid recognizes, though also elides by sometimes slipping into discredited horse-shoe theories that the Left and Right are really just cut from the same cloth.

By the early 1970s, Kahane was attracting greater national attention, with venues as varied as Playboy, Esquire, and the New York Times profiling him.  He then moved to international attention when he threw himself into activism on behalf of Soviet Jewish “refuseniks”.  Already a committed anticommunist, Kahane had been warning of the dangers of anti-Vietnam War activism. His McCarthyism found a new lease with protests he helped organise outside various Soviet-owned offices in New York and with an awkward appearance at an international conference on the plight of Soviet Jews in Brussels in early 1971 (the organisers were embarrassed by his presence and unhappy to be associated with him).  And yet at this seemingly high-tide moment, Kahane was developing a “Judeo-pessimism”, as Magid aptly calls it, a sense that antisemitism was endemic and inescapable even in a society as “good” and “decent” as the United States.  This Judeo-pessimism became his segue to Israel.  Various legal issues as well as a bomb attack on the offices of the talent agent Sol Hurok in January 1972 – generally blamed on the JDL because of Hurok’s Soviet business connections – helped solidify that move.

Kahane’s notoriety only increased in Israel; he was regularly arrested for anti-Arab violence and made a series of abortive attempts across the 70s and into the 80s to be elected to the Knesset.  He eventually managed to gain a Knesset seat in 1985 as the sole representative of Kach; translating as “Thus”, the name was intended to invoke a kind of hard-nosed willingness to do whatever was necessary to defend Israeli Jewish interests.  By 1988 the party was banned from formal politics when a law was passed that required all Israeli political parties recognize the State’s Jewish and democratic status.  It is for his status on the Israeli far-right that Kahane is probably best known today.  And yet, Magid argues – counterintuitively, but adeptly and accurately – that politically this was actually Kahane’s least successful period.  As a product of post-Civil Rights America, he attempted to import American-style angst about race-mixing and miscegenation.  But in an Israel where – then as now – Jewish/Arab intermarriage is almost nonexistent, this was not going to generate any meaningful political heat.  His anti-Black American racism failed to take root in a country that already had its own forms of anti-Arab racism.  Various strands of “Neo-Kahanists”, though, did manage to synthesize his ideas with local politics and continue to exert an influence in Israeli politics.  Kahane himself became so critical of mainstream Israeli society that he ended up in a rabbit hole that Magid sees as essentially post-Zionist.  Through to the end of the 1980s, Kahane was traveling back and forth between Israel and the United States; during a trip in November 1990, at the end of a public talk in Brooklyn, he was shot and killed by an Islamist militant, El Sayyid Nosair.  Kahane was buried in a graveyard in Kiryat Arba, an illegal settlement just outside of Hebron in the West Bank and already a notorious receptive seedbed for Kahane’s mix of violence and white supremacist racism.

At an early point in this book, Shaul Magid states that his goal is to take Kahane seriously in seeking to understand his politics, his ideas, and his motivations.  That is certainly a sensible approach, even for so contemptible a person as Kahane.  And yet it is hard to shake a nagging suspicion that Magid takes Kahane just a little too seriously, almost presenting him as a serious modern Jewish thinker and thus downplaying how much his arguments were couched in the non-intellectual; abject racism, particularly against Black people, or a trollish and kneejerk illiberalism.  Magid identifies him as being, at most, “a middle-brow thinker” even as he also talks of how Kahane’s critiques of American Jewish liberalism were “quite incisive”.  Maybe this is just a function of Magid riding out the inherent contradictions of Meir Kahane, but it feels like a certain kind of centrist fence-sitting. The end result is not necessarily always a satisfying one, though this is certainly a smart and readable book and provides a robust overview of both Kahane and Kahanism and the American milieu in which all this was birthed.

Aidan Beatty
Aidan Beatty is a historian of Irish and Jewish history, with interests in race, gender and capitalism. He teaches at the Honors College of the University of Pittsburgh
Categories: BooksIsrael

The Book of Sarah

The Jewishness of a Very Palestinian Intellectual 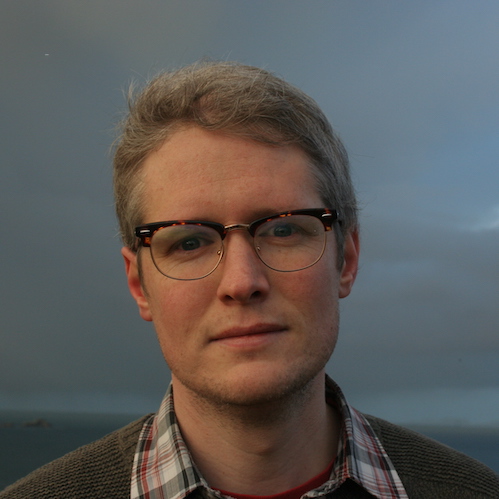 Aidan Beatty
Aidan Beatty is a historian of Irish and Jewish history, with interests in race, gender and capitalism. He teaches at the Honors College of the University of Pittsburgh