In the first part of her memoirs, Carole Bent reflects on her Jewish upbringing and childhood.

My Jewishness sits with me lightly until a word, a sight, or a slight pushes it to the front of my mind where it repeatedly pulses, demanding to be seen or heard. It is stubborn yet subtle, demanding attention like day-old lokshen pudding, tempting me to step forward from across the kitchen and to open my mouth.

I try to cast my mind back to when the realization of my heritage began and believe that it may have been when I was six years old at Mrs Beattie’s primary school. My friend Liz still remembers me arriving daily with sky-high bunches. These were created by a mother who straightened my naturally curly hair with such determination that I often felt faint standing, staring at our reflections in the full-length mirror in her bedroom. I learnt early on that our naturally shared, inherited curls may be a cardinal sin, seemingly inferior in my mother’s eyes to smooth Aryan sleekness.

At age seven, the intense ritual of hair straightening was added to on ‘high days and holidays’ by dressing with heightened care to go to our synagogue where we would sit for hours. I would listen to our Rabbi’s voice and the hum, chant and chatter of others. We would ‘see‘ and be seen.

Looking up, I remember being dazzled by sunlight pushing its way in through the stained glass windows above. Looking around, I would see familiar faces of girls and women, friends and foes alike. Casting my eyes downward, I would attempt to catch the attention of my father and twin brother, caught up in conversations within and across rows of men and boys that made up the ground floor congregation, many rhythmically moving forward and backwards as voices were raised and lowered.

Like the tide repeatedly hitting the shore on a stormy day, every few minutes the rumble of voices would reach a peak and then retreat at the sound of a stick hitting the ground as our Rabbi paused, glared and bellowed ‘ Enough.’ The air crackled when he took control of the more unruly members of our congregation. His voice filled every inch of this spiritual space.

Obedient silence would follow before inevitably, a hum of voices would start up again as conversations continued; building businesses, reciting recipes and sharing sisterly sagas. Others sat with eyes closed and hearts opening, praying in a language that I could not read to a god that I could not see.

And so the pattern repeated, week after week, month after month, silent and rhythmic devotion amongst the noise and then the stick hitting the floor forwarning the booming voice of our charismatic Rabbi, the pattern as constant as the sun moving around the earth.

At eight, my world shifted as I learnt that boarding school beckoned.

Along with others of my age, I revelled in stories of small children enjoying big adventures away at school. The idea of midnight feasts and gentle childish rebellion swam happily around my mind so that when the idea was mentioned, giddy anticipation eclipsed fear.

With the surname Goldstone, I would be easily identified as the only Jewish girl, until being joined by one other. I quickly learnt that my religion would make little difference in a school whose young community was truly international.

Before I could become a pupil, the ritual of buying my school uniform needed to be undertaken so my mother and I headed south on the Manchester to London train. Sitting together in a cushioned carriage with endless tea, biscuits and an elevated air of excitement felt like a genuine treat and I counted down the hours and minutes as we raced along the train tracks leading to the big city.

On arrival, we made our way to the schools’ nominated department store where my mother carefully unfolded the longest list of items that I had ever seen. Some had names, like gymbos and mufti that we didn’t recognize but with the help of a delighted shop assistant, we ticked off each word in turn until a tower of grey, blue, black and white was complete and then placed carefully into a newly acquired silver trunk to be despatched north on the following day.

Heading back home, I remember staring out of the train window as the landscapes kept changing, blinking as they vanished in the dusky light and feeling bedazzled by the day that had passed.

Then very slowly, I began to notice the start of a tiny but persistent ache deep inside my chest. What exactly would I be heading to in just a few days time?

An unknown,  unfamiliar place where chicken soup, kneidels, my wonderful aunt and the loud kinship of the family would be absent? Would this be a friendly or frightening place?

It wasn’t long before the trunk arrived at our house, a heavy presence in the hall, opening and closing like a giant clam as items were removed, labelled and laid inside again.

The school list was unfolded time and time again as items were checked and marked off.

Specially commissioned name tags bearing my name had to be sewn into the back of every garment. What seemed like a hundred Carole Goldstones in red thread on white ribbon were carefully stitched onto tweed, wool and cotton to identify me and my possessions in a new world.

My roll of ribbon was then placed at the side of my siblings’ rolls in my mother’s sewing box, nestling against each other in a way that we, ourselves would not be able to in just a few days time.

Then the week was gone and I waved goodbye from the back seat of my parents’ car.

Miles and hours passed with my dad’s words filling my ears as he reminded me to work hard, play fair and never forget where I came from. All sincerely spoken but faster than normal attempting to fill the space and distance that would soon be between us.

Arriving at school, we entered a grand looking place and were greeted by a Matron with a firm handshake and the responsibility for my life.  A small nod in my direction led to joining other children, parents and school staff weaving around each other along the narrow corridor leading to dormitories.

I don’t remember the name or number of the dorm that I was to sleep in for the next three months. I just recall entering a chilly spartan room with twenty metal beds lined up like soldiers with bedside tables filling the inches in between. It was a far cry from the cosy scenes described in my books. No colourful patchwork covers or soft pink blankets;  instead solid horsehair mattresses and grey scratchy blankets in their place.

As I sat on my bed, the bedsprings squeaked and I faked a laugh, pretending to be braver than I felt.  My trunk appeared and my mother and I unpacked my life into this new place. From memory, we took as much time as possible to postpone the moment of departure, but it came all the same and soon my parents were gone.

Within hours I had learnt the names of dorm mates who would become my friends and my family for the next three months and in some cases, for years to come.  Within hours I had learnt to hold tears beneath my eyelids to avoid seeming weaker than dorm mates, many of whom were probably doing the same, suppressing instead of expressing any homesickness, however hard it felt.

As night fell on my first and a thousand nights to come, I slept alongside girls from Africa, Bermuda, China, Denmark, Pakistan, Salisbury and Saudi.

Within years my friendships grew with girls with names I had never heard before and who had travelled across the country and across the world to learn, live and sleep in this place.

Friendships forged at school remain, in some cases as solid as tempered steel as we reflect on shared experiences that bind us tightly together in an enduring circle of laughter and tears.  What we had in common brought us together, our differences enriched us.

Heading home each holiday, I would see the brief delight in my mother’s eyes until they raised to my hair that kept reaching new heights of unruly frizz and contemptuous curl without her diligent presence.

Religion remained of little importance at school until it was time to attempt to study for my Batmitzvah. But that’s another story.

Carole Bent
Carole Bent is a creative catalyst, art partner, writer and advocate for social justice.  Described as ‘ seeing ahead quicker than anyone else you know ‘ and ‘ someone who based on her values is prepared to take bold steps to achieve extraordinary results’.
Categories: UncategorizedJudaism 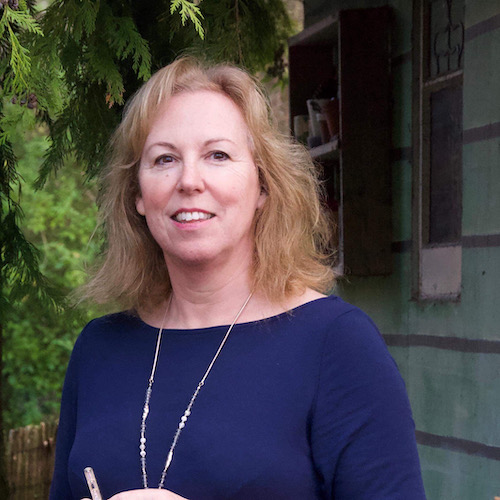 Carole Bent
Carole Bent is a creative catalyst, art partner, writer and advocate for social justice.  Described as ‘ seeing ahead quicker than anyone else you know ‘ and ‘ someone who based on her values is prepared to take bold steps to achieve extraordinary results’.