Donald Weber reviews Here in Our Auschwitz and Other Stories by Tadeusz Borowski.

The publication of the Polish writer Tadeusz Borowski’s Here in Our Auschwitz and Other Stories is a significant event for students of Holocaust literature. Sent to Auschwitz as a political prisoner in 1943, at the age of 21, and released from Dachau by Allied soldiers two years later, Borowski is best known for his volume of harrowing stories, Thttps://uk.bookshop.org/books/this-way-for-the-gas-ladies-and-gentlemen/9780140186246his Way for the Gas, Ladies and Gentlemen, written during and after the War. That collection first appeared in an English translation in 1976, as part of Philip Roth’s “Writers from the Other Europe” series. Here in Our Auschwitz enlarges our understanding of Borowski’s archive of Holocaust writings and deepens our sense of his place in the canon of Holocaust authors, a figure as important as Primo Levi or Jean Amery. Borowski’s vision of the brutal, death-bound world of the concentration camp continues to unsettle, a terrifying forecast of own time, befouled by the return of authoritarian regimes and the outbreak of anti-Semitism around the world.

What marks Borowski as a witness to the nightmare of Auschwitz was his shock at sensing mankind’s “capacity for degradation”, in Timothy Synder’s assessment in the excellent Foreword to Here in Our Auschwitz. This echoes Philip Roth’s insight, voiced thirty years ago, about Borowski’s dark vision of humanity: “the only way to write about the Holocaust,” Roth observed about This Way for the Gas, “was as the guilty, as the complicit and implicated.” As a non-Jewish political prisoner assigned a sadly familiar “gray-and-blue striped” prison uniform — a “pasiaki”– to wear, Borowski was luckily spared the inevitable fate of the gas chamber; but he was, in effect, deeply implicated in the Nazis’ murderous system:  a perpetrator, guiding Jews to their deaths, cleaning out the gas chambers, a witness to unfathomable levels of human depravity.

In his writing Borowski’s narrators evince what Borowski’s translator Madeline G. Levine terms an “unaverted gaze”; as a result, Borowski exposes “the complicity of everyone, victim and victimizer alike” — a self-lacerating stance that the critic Ruth Franklin describes as Borowski’s “unconstrained ferocity,” a convicting gaze that Borowski directs both toward himself, and to the Nazis’ systematic genocide.

In Levine’s superb new translation, Borowski’s seemingly detached description of Jews crammed like animals in boxcars remains soul-disturbing, hard to read, much less re-imagine, as in these passages from the story “Ladies and Gentlemen, Welcome to the Gas” reveal:

In its small, barred windows we could see people’s faces, pale, crumpled, seemingly sleep-deprived, dishevelled-—terrified women and men… Then something began seething inside the cars and pounding on the wooden walls. . . People’s faces leaned out the windows, mouths desperately gasped for air.  Having caught a few swallows of air, the people from the windows disappeared, and others forced their way in to take their place and disappeared in turn. The cries and gasps became louder and louder. . . The lights flicker spectrally, the wave of people flows on without end, confused, feverish, stupefied. These people think that they are starting a new life in the camp, and they’re preparing themselves psychologically for a difficult struggle for existence. They don’t know that that they are going to die right now and that the gold, money, diamonds they have hidden with such forethought in the folds and seams of their garments, in the heels of their shoes, in their bodies apertures, will no longer be needed by them.

It may be that Borowski’s Hemingway-like “detachment”–inscribed in the unspecified referents “something”; “these people”; “They”–enabled him to deflect, or mask the unimaginable depravity of the camps into flattened prose that somehow absorbs the horror in his midst. Much like the achievement of Art Spiegelman’s minimalist drawings in Maus, Borowski’s imaging of Jews on a slow-moving death train drawn with “crumpled, pale, flat faces, seemingly cut from paper, with enormous eyes burning with fever, peer through the windows” captures, with a few fleeting literary strokes, the horror of the camps.

Here in Our Auschwitz gathers still relatively unknown selections from Borowski’s prose that had appeared originally in Polish during his short life. After the war, in the late forties, he was denounced by the Polish Communist government as “decadent,” an artist who admired and imitated Western modes of literary representation. Then, startlingly, Borowski became an apologist for agitprop Stalinist art and denounced his earlier works. A major figure in Polish literary history, Borowski committed suicide on July 1, 1951, at the age of 29. He gassed himself in his Warsaw apartment. In Ruth Franklin’s assessment of Borowski’s haunted, guilt-ridden life, the Nazis, in the end, “exterminated his soul.”

Here in Our Auschwitz and Other Stories by Tadeusz Borowski is published by Yale University Press, priced £19.98.

Donald Weber
Donald Weber writes on Jewish American literature and popular culture.  His current project is a book on OTD cultural expression titled “On and Off the Derech: A Family Story.”  He divides his time between Mohegan Lake, NY and Brooklyn.
Categories: HolocaustBooks 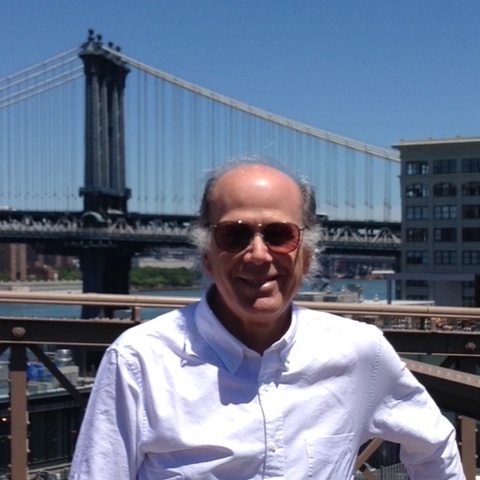