My grandmother Rosa’s brother Baruch, whom we all called Boris, was a prophet. Why did my grandmother’s brother stop being called by the Jewish name Baruch and start being called by the Christian name Boris? Spinoza’s name was Baruch, which means “blessed” in Hebrew. He, too, changed his name – to Benedict, but it was not a genuine name change, but a translation from Hebrew to Latin, for Benedict in Latin also means “blessed.” Probably the reason for the name change for Spinoza and Uncle Boris was the same – a removal from the Jewish sound, which was not particularly “decent,” not comme il faut.

No profession is more appealing than that of a prophet. Although there had never yet been a secondary or higher educational institution for the training of prophets, there were numerous prophets who lived and lived, among whom Uncle Boris stood out.

True, he did not work as a prophet but served in an artel engaged in logging. I don’t know what logging is in Russia. There are plenty of forests in Russia, and I don’t know why or what they had to be prepared for. In my opinion, in all countries, and probably in Russia as well, God is in charge of logging and growing forests, and in our family, Uncle Boris was in charge of this business. I don’t know what success he had in logging, but he was an excellent prophet. His prophecies always came true. He predicted the troubles that would happen to Jews, including members of our family, and he was always right.

Although Uncle Boris was a prophet, he had nothing to do with God, because he stopped believing in him after his wife and her entire family were killed by the Nazis in Babi Yar, and his only son Mark was killed at the front in Estonia fighting his family’s murderers. Kiev was captured by the Germans three months after the German invasion of the USSR. After the defeat and expulsion of the Germans, Kiev was called a “hero city,” although the Red Army did not heroically surrender the city to the Wehrmacht. However, Kiev really is a remarkable city. It was different from all the cities in Europe that were captured by the Nazis. The Nazis were in such a hurry to exterminate the Jews of Kiev that they didn’t have time to create a ghetto in the city.  Kiev is a city in which the Jews did not have time to wear the yellow stars because they did not live to see the ghetto.

Hitler’s troops invaded the USSR on June 22, and they captured Kiev on September 19, 1941. For two days, September 29-30, 1941, in Kiev 33,000 Jews were killed, and before October 11 another 17,000 who refused to come voluntarily to Babi Yar were shot. Of those remaining under the Germans in Kiev, ten Jews survived. Twenty-nine Jews survived the shootings. Those who escaped the denunciation of their neighbors survived. There were three times fewer of them than those who crawled out of the ditches after the shootings.

Uncle Boris was also killed in Babi Yar, but not quite – he was just one of the 29 Jews who were shot and survived. After he was shot, he hid in the woods, which he later prepared. He knew the forests so well, so familiar with them at the time he was hiding in them from the Nazis, that he gained enormous experience and knowledge of the forests. Along with the loss of his family, he lost not only his faith in God, but also his faith in people. Therefore, all of his prophecies were sad. His prophetic gift was not innate but acquired. When cheerful assurances were heard around him that life in the USSR was beautiful, Uncle Boris grinned wryly. He was an opponent of optimists.

Many members of our family had a musical ear. Uncle Boris believed that Jews should be musicians. In his opinion, Jews needed to play in order to escape into a beautiful world of sounds from an ugly, hostile reality. Mastering the difficult skill of music distracts from bitterness, unpleasantness, and disappointment. Uncle Boris believed that music was an outlet in the atonal life of the Jews. Therefore, he welcomed the fact that his niece, that is, my Aunt Leah, became a professional musician. But he thought that she should play some musical instrument, and she became a musicologist.

As a result, Uncle Boris predicted that her fascination with musicology related to Soviet ideology would end badly for her. Prophets are not to be believed. No one paid any attention to Uncle Boris’ prophecy. But, as always, he was right: in 1949 my aunt was accused of “cosmopolitanism” and of worshiping “bad” Western musical culture, she was fired from her posts as head of the Russian music department and dean of the vocal faculty of the Kiev Music Academy and expelled from the “hero-city” of Kiev. Before her expulsion, she was shamed in newspapers and criticized at public meetings for being “bourgeois.” “It is better to engage in logging than to play musical ideological games with the Soviet authorities,” said Uncle Boris.

None of our musical and non-musical relatives considered that the Soviets might be giving the Jews trouble in the “hero city” of Kiev after it turned out to be a huge Jewish grave, but the sad anti-Jewish phenomena continued. When I was old enough to understand Uncle Boris’s gloomy and pessimistic nature, I asked him if things could get better than they are now, and he said: “A Jewish optimist is a clown who laughs instead of crying. Jews have a Wailing Wall and can’t have a Laughing Wall.” Uncle Boris’s heart had endured many misfortunes, but it was torn from the constant fulfillment of his prophecies. 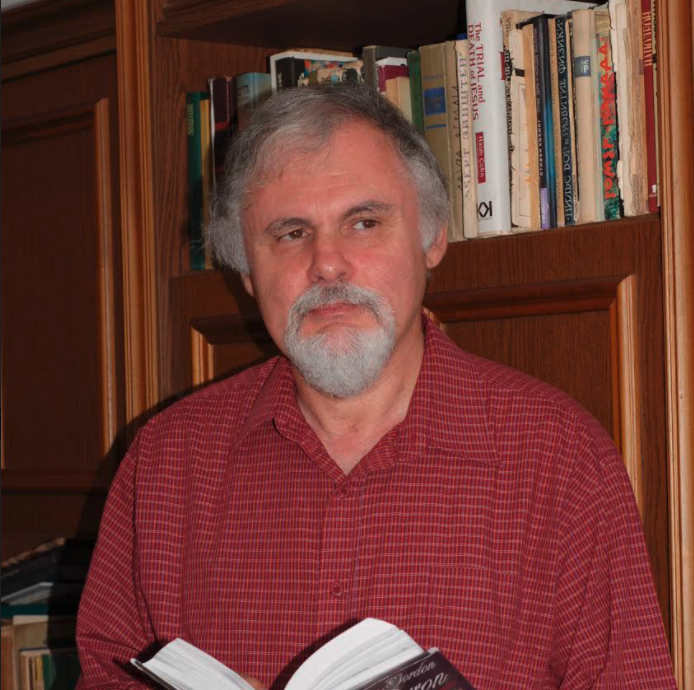