Not so long ago I was having a discussion about traditional Jewish folk customs with my uncle, who is a lawyer. Like me, he’s always been interested in this aspect of Jewish culture, and we chatted about things such as the supposed curative power of matzo ball soup, as well as other well-known Jewish clichés. But then our discussion shifted, and he told me about an estate he once managed. On the death of one of his former clients, my uncle was charged with the responsibility of clearing their house. While he was at the property the removers discovered that there were a bunch of old onions hidden under the mattress in the master bedroom. The removers were completely confused by this discovery and asked my uncle about it. He laughed and explained to the removers that it was an old Jewish custom to keep onions under your mattress to ward off evil spirits. Some readers may think that this estate closure likely happened a long time ago because these kinds of folk traditions are more typical of the late nineteenth and early twentieth-century Jewish people. However, the discovery of the onions occurred only a few years ago and is a testament to Jewish folklore’s legacy today.

Jewish folk traditions, and the superstitions they carry with them, are ever-present in our culture, but most of the time we are not aware of them. There are lots of reasons for this lack of awareness, but I tend to think that a key driver behind this incognizance has to do with how Jewish identity has self-fashioned itself as deeply rationalistic in nature. Such a cultural perception is to our detriment, and there is a risk that as the older generations slowly pass away much of our customary folk beliefs will be lost with them. That is why Marek Tuszewicki’s recent book A Frog Under the Tongue: Jewish Folk Medicine in Eastern Europe is a welcomed addition to Jewish literature. More than anything it is a wonderful archive of the broad range of folkloric medical traditions practised amongst the Ashkenazim of Eastern Europe, especially during the opening decade of the twentieth century.

The book is divided into four thematic parts, each containing smaller case studies that are arranged as chapters. Part 1 titled ‘Health and Sickness in the Culture of Ashkenazi Jews’ covers the better-known areas of Jewish folk medicine, such as the Talmudic and Biblical traditions. The section also introduces important conceptual notions about wellness in Jewish society. Tuszewicki takes the reader through the steps a sick Ashkenazi Jewish person would have gone through as they sought help for their illness. This included not only familial consultation but also interactions with official and unofficial health professionals and agencies in Jewish society.

Part 2 titled ‘A World of Similarities and Signs’ explores the microcosm-macrocosm analogy. That is, the relationship between the human body and the cosmos, or, human-nature relations put more simply. This was an important aspect of Jewish folk medicine, and Tuszewicki introduces the reader to topics ranging from humourism, i.e., a kind of pathological system dating back to ancient times that sought to understand the body through types of fluid, e.g., blood and bile, to more familiar esoteric pursuits such as astrology. In both instances, it was about learning to interpret different sorts of ‘codes’ in order to treat sickness, whether these were anthropomorphic or cosmological.

After introducing readers to the interpretive frameworks of Jewish medical diagnostics, the analysis shifts to issues of morality and ethics. Part 3 is titled ‘Redemption and Festivals.’ Here, Tuszewicki defines important concepts in Jewish medical folk practice, including notions of sin, judgement, and evilness. For example, one way in which illness was understood morally, related to issues of consequence. Disobedience to the Creator and the commandments potentially resulted in ill health. At least that is how many rabbis rationalised sickness. But there were ways to reverse or stop illness through greater adherence to Jewish custom.  Thus, Tuszewicki discusses at length examples of daily rites and rituals that were performed to maintain good health.

In the final section, Part 4 titled ‘Unclean Forces,’ the more magical and esoteric elements of Jewish medical folk practices come to the fore. The reader learns about Jewish conceptions of demons and evil forces, and the impact these entities can have on the body. There is also some interesting discussion on illness caused by spells and incantations. Not all magic, even when it is evil in nature, necessarily led to illness, and Tuszewicki also explores those instances where evil powers can benefit one’s health. It is a fascinating section to the book that covers areas of scholarship that remain relatively understudied in the secondary literature.

Overall, Tuszewicki’s A Frog Under the Tongue provides important new insights into Jewish folk traditions and medicine that have typically been absent from most studies of modern Jewish history. However, the value of his work goes well beyond Jewish studies. For historians of medicine, researchers of esotericism, and cultural anthropologists more broadly, there is much to be gained through a careful reading of Tuszewicki’s book. As I have written previously for JewThink, what I believe is especially important about studies of Jewish folk culture is that they offer little vignettes into the traditional practices and beliefs of Jewish people that are so often forgotten or overlooked.  These stories tend to be marginalised, in part because of the way Jewish identity tends to position itself as rationalistic. However, these aspects of Jewish culture are also important and reflect a core esoteric dimension of Jewish historical experience. A dimension that we should celebrate and not shun. It is time for the Jewish community to embrace its folkloric past and reading Tuszewicki’s book is a good starting point.

A Frog Under the Tongue: Jewish Folk Medicine in Eastern Europe by Marek Tuszewicki Is published by Liverpool University Press, priced at £45.

Efram Sera-Shriar
Efram Sera-Shriar is a Copenhagen-based historian and writer. He received his PhD from the University of Leeds and has worked in higher education and the museum sector for nearly twenty years. Sera-Shriar has published extensively on the history of science and belief, and his forthcoming book, Psychic Investigators, explores British anthropology’s engagement with modern spiritualism during the late Victorian era. He is currently developing a new book project that will be a micro-historical study of Harry Price’s investigation of William Hope’s spirit photography in 1922.
Categories: ReligionBooks 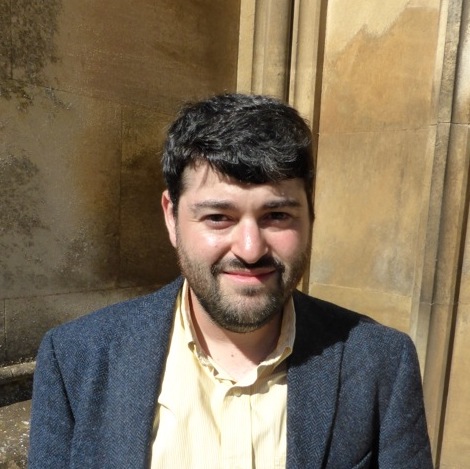