How the virus turned us all a little bit Jewish

There was a moment during the lockdown when it seemed the whole world was turning Talmudic. ‘What if?’ became the question on everybody’s lips. Even the letters page of The Grauniad (noch) was filled with arguments straight out of the yeshiva. ‘I live alone’, one reader wrote, ‘If I go and meet my son and his partner in the park, I am breaking the rules as you must now only meet one person from another household. However, if they come and meet me, that is okay, as there is only one of me.’ Others considered putting their house up for sale or posing as cleaners to see their relatives.

Happily, despite the libraries being closed, a previously unknown manuscript was discovered by an eminent scholar, who had been taking books and manuscripts home on a regular basis for reasons which still remain unclear. Nevertheless, it shed some light on the whole situation and reassured those who believe that the ancient sages  already have considered every eventuality.

Gemara Coivid 19a
Minister:  A person should stay at home unless it has been decreed that they should go to work. Raab says a person may walk with another person. Tzaddik says walk to work. In all cases keep a distance.
Gemara: ‘a person should stay at home’; this only applies to those who are not alert. What is alert? Rav Boris was once walking into a press conference. He saw two people who wanted to stand on either side of him and told them to stay alert. They were alarmed and unsure of what he meant. ‘Staying alert’ means ‘staying at home’. This is a tradition from England but in Scotland they say ‘staying alert’ means nothing. It is like a kilt without a sporran. Others say it is like Boris.
Raab says a person may walk with another person. Matt says, ‘only in the same household.’ Rav Boris says a person may meet a person not in his household. Once a man told others not to let anyone in their households. ‘A man and not a woman’. This is only according to chief scientists and only includes married women. A person should stay at home. Once a man went to the park to meet another person and another person. ‘Another person’ – this referred to his son. If a person goes to meet another person in the park and there is another person, this is forbidden, but if a person and another person (some say partner) goes to meet a person, this is allowed. Tzaddik says walk to work. We learned in a Borisaita that a person should stay at home unless they should not. Once a certain man travelled a great distance. How can this be? He was a key worker. But did he not make a second journey to a park? This was to test his eyesight. But did we not already learn he was a key worker? Read not worker, but wa… [the word is unclear- ed]. They asked him, does the Torah not say, ‘Do not put a stumbling block before the blind’? He said to them, who cares what anybody says? They asked him again, but do the Rabbis not say we should go beyond the letter of the law? He said to them, I always go way beyond. They asked him a third time, but surely there is only one Torah? He said to them, ‘Not so! Moses our teacher received two tablets of the law at Sinai. One law for them and one for me.  They taught in all cases a person must keep a distance. What is a distance? Raab says it is 4 cubits. In the west they say two. The pious keep six. This is for joggers. A succah that is twenty cubits is pasul. We cannot learn from a succah since a succah is temporary. Who knows when this will end? Once a man came from Eretz Yisrael to a certain country. They made him wait 14 days. Why 14? 7 for this world, 7 for the next. To avoid tuma. But did we not already learn that it was too late to avoid? They hoped no one would notice. To avoid is to stay alert. But did they not also make them wait 14 days in Eretz Yisrael? That was when it made a difference. Tzaddik says walk to work. What if she is a delivery driver? ‘Can a delivery driver be a woman? She is delivering a baby. A person may not see their grandchildren. The custom in England is for a man to put his house for sale. This is so he can see his grandchildren. Raab says the sale is invalid. Rav Boris says it depends only if he knows how many children he has. They asked him, how is it that a man can take his children to see animals but not to learn about them? He replied, for a school you need a bubble. A certain woman left her children with her mother. Is this not forbidden? Did we not learn you must only be within a bubble? For looking after grandchildren, read not bubble, but bubele.

We learned in a Borisaita: For four people there is a loophole ; an adviser, an adviser’s wife, another minister, a major donor. This is only the case in public. In private anything goes. Some say that on the beach anything goes. Others say, only when the pubs open. But is there no loophole then that lets a child go to school? This remains unexplained. 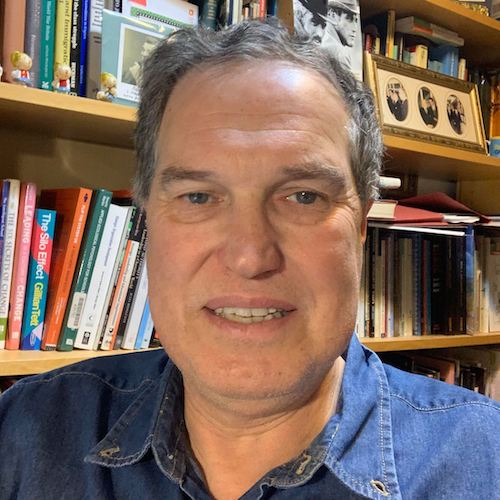