Jewish Art: Where Are You?

The UK is slowly emerging from lockdown and people can see art again. From last week, museums and galleries reopened for visitors. This may not be news for everyone, but art is my love, as well as my profession. Not being able to go to galleries has been a deprivation. I feel starved of the art of others.

There has been much art on the internet – all the galleries have shown works online and particularly video works but none of it hits the spot. Yet video online does not replace the encounter of a screen or projection in the gallery. And as for painting or sculpture – well the imagination must go on overload – and not in a good way. Everything is flattened by size, by material, as it is all through the same screen.

The pleasure of standing in front of an object bigger than yourself or seeing a colour breathe through another from the underpainting – or the direction of a brush stroke is lost – what Walter Benjamin called the aura of an art object.

Like many other artists, I have spent the time I would normally use looking at the art of others mining my own history. So many artists are now showing their new current work or old work on Facebook or Instagram. There is even the great Instagram led @artistssupportpledge where every artist is selling work for £200 and when they make £1000, they put £200 into buying someone else’s’ work to try to foster some sustainability in a precarious profession with the loss of other related freelance work.

Looking back at my paintings from the 1990s gets me thinking about the cultural milieu and ideas around then. At that time, there seemed to be an emergent milieu of Jewish artists in London and in New York. To say this, I must immediately qualify it – as Jewish art means different things to different people. What I mean here is artists who happen to be Jewish and who are exploring what it means to be Jewish within a language of contemporary art. A key exemplar of the burgeoning interest in Jewish art that didn’t quite take off was the ground-breaking touring exhibition in the UK curated in 1996 by Monika Bohm-Duchen and Vera Grodzinski entitled Rubies and Rebels: Jewish Female Identity in Contemporary British Art, around which there was a conference and a journal article. I was in the exhibition and production editor of the journal Issues in Art Architecture and Design.

Curator of the Jewish Museum in New York, Normal Kleeblatt, headlined the conference. He has curated such exhibitions such as Too Jewish: Challenging Traditional Identities (also in 1996) and The Dreyfus Affair: Art, Truth and Justice (1987) amongst others. The exhibition attempted to be a survey show and suffered from some of the problems that this form encounters, trying to please all sectors of what might be called the ‘Jewish communities’. However, it was a colossal and laudable endeavour that was not repeated.

But, interest in Jews and Jewish women has recently increased again through television and series such as Transparent, I Love Dick and currently Mrs America.

The popularity of Mrs America, currently screening in the UK on BBC2, has raised questions in some headline reviews which have suggested that Jewish women invented second wave feminism. This is not a new revelation but one that is often not taken up. Griselda Pollock’s contribution in the Rubies and Rebels catalogue, ‘Is Feminism to Judaism as Modernity is to Tradition?’ was prescient in suggesting this in relation to women artists in modernity in her short text.  By the same token, the American art historian, Lisa E Bloom, makes an in-depth and lively investigation into the elision of the Jewishness in many of the second wave feminist artists in her book Jewish Identities in U.S. Feminist Art: Ghosts of Ethnicity (2006). Maybe this time, with the support of popular culture, it will develop into real debate and sustained interest.

But to return to the art, the Jewish Museum in London has put on some excellent exhibitions recently such as Jews, Money, Myth (2019) and Blood: Uniting and Dividing (2015) but these were mainly historical exhibitions of artefacts rather than contemporary artistic responses to the world.

Over the years, there have also been a few individuals who have tried to generate some interest in Jewish issues in art but without the clout of a big institution behind them. The time is ripe surely for some commissions to explore issues of Jewish interest from artists… [See our own series, curated by British-Jewish artist, Sarah Lightman, As We Are: Reflections During Lockdown — Ed.]

Many of the artists in Rubies and Rebels went on to make other work, much of it not to do with Jewish issues. Sadly, Jewish art is not a reputation builder. Some artists who have significant reputations such as Suzanne Treister moved on – in her case into conspiracy theories. Even some younger artists who followed that trend: Oreet Ashery, Uriel Orlow were only engaged with those issues in their art for a short while. Doug Fishbone possibly being the exception. Susan Hiller, probably the most famous British Jewish artist (she lived in the UK, although she was born an American) made only two ‘Jewish works’, her most recent ‘J Street Project’ was very popular and focussed on the intersection of past and present through Jewish road signs remaining in Germany.

Many black artists spend their whole artistic lives dealing with issues and the representation of blackness so why don’t Jewish artists do the same? I asked the question when I started my PhD on questions of contemporary Jewish identity in the arts in 1999, asking how can one make work that is relevant to contemporary issues about Jewish identity? And why were there so few Jewish artists doing so? These questions still stand – even more so now. Is it to do with levels of racism? With so much stories of antisemitism in the media over the last couple of years where are the responses from Jewish artists through art? Precipitated by the increase in anti-Semitic conspiracy theories online I have now started to make ‘Jewish work’ again. I have also started showing my students my artwork from the early 2000s that directly tackles antisemitism and racism when I give artists talks – to a remarkably receptive audience.

If you are making contemporary art with a critical relationship to Jewish issues – where are you?

Please do get in touch.

Take a look at Anne Sassoon’s art on www. lostjews.org 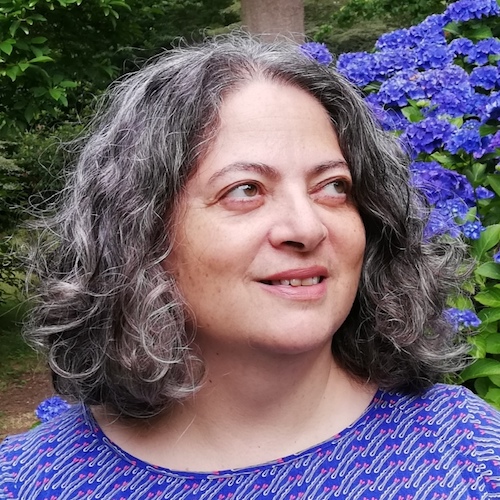