Labour is Cleaning House, the Tories Must, Too.

Barnaby Marder explains why if the Labour Party is tackling antisemitism, we have a right to expect the same from the Conservatives.

In the Jewish Chronicle last week (August 12, 2020) Lee Harpin wrote a puzzling article about how leading Conservatives were ‘baffled over signs of Jewish support for Labour’.

Quite apart from the fact that the article seems suspiciously like a non-story, it implies that anyone who remained on the Labour front bench under Jeremy Corbyn’s leadership was in some way guilty of aiding and abetting antisemitism.

While I myself didn’t feel able to remain a Labour Party member beyond last autumn, demanding that everyone adhere to the same standard seems presumptuous. Even if it had been observed, what useful purpose would it have served for the Jewish community? Everyone must make their own decisions and to condemn members of the present Labour leadership for remaining seems unnecessarily harsh.

In any case, a general election for the Jewish voter like me cannot just be about specifically Jewish issues. The economy, Europe, education, housing, the arts were all hugely important issues and, for many left-of-centre or left-wing Jewish voters, will have been an enormous factor in deciding how they voted. To such voters, a Conservative vote would have been utterly unconscionable.

The article also contained some language which is very offensive. If an unnamed ‘senior communal source’ said that Jews are ‘obsessed with trying to wheedle their way back into the heart of the Labour Party’, that is particularly regrettable. I have no doubt that if any senior Labour figure had said something similar, the Jewish Chronicle would have denounced it as a clear example of antisemitic language, and they would have been right to do so, too.

Of course, the Labour Party has had a very serious problem with antisemitism, and that problem has not yet been eradicated. There are still some high-profile members who are yet to be disciplined for antisemitic actions and speech. I am far from satisfied with the leniency shown to Barry Sheerman MP for his ‘silver shekels’ tweet for which I feel the apologies offered were not adequate. Even his third stab at an apology came dangerously close to the ‘some of my best friends are Jews’ formulations we hear so often.

Nevertheless, a great deal of progress has been made. In addition to the suspensions and expulsions of some of the worst offenders (and I am quietly confident that more of these are to follow in the very near future), many of the party’s most antisemitically-inclined members are now leaving the party of their own accord, which I greatly welcome. Of course, not everyone leaving the party has a bad record on antisemitism, far from it, but there is little doubt that some of the worst offenders are jumping before they are pushed. Although Steve Walker of Skwawkbox and Ken Loach still remain, other well-known figures of the conspiracist left, such as ‘Asa’ Winstanley, Jackie Walker, Pete Willsman, Chris Williamson, Tony Greenstein and Ken Livingstone, have either been suspended pending likely expulsion, have resigned or been expelled.

I have to ask, though: where is the action on the Conservative MPs who have made antisemitic statements? (This stands apart from the Conservatives’ disastrous record on such matters as avoidable deaths from Covid-19, the worst recession in the Western world, the appalling downgrading of pupils’ exam results, and yet more issues than there is space to mention.) But there has been no action whatsoever taken against Sally-Ann Hart, Crispin Blunt or Lee Anderson for making such utterances. Blunt’s remarks, which included an accusation that Jews are after special status, were particularly offensive. And when Conservative councillors have been found to have made similar statements, they have typically been suspended for a few months, then quietly readmitted, and never actually expelled.

This now compares unfavourably to Labour’s disciplinary record in recent months. Labour is getting closer to its stated aim of a zero-tolerance policy on antisemitism. They forced two MPs to issue an apology merely for being on the same Zoom call as some of the personages mentioned above, even though they had not spoken, less still expressed support for the sentiments expressed. Meanwhile, the Conservatives are essentially continuing to use antisemitism as an increasingly ineffective stick to beat Labour with, rather than dealing with some worrying instances of antisemitism and many other forms of racism (especially Islamophobia) in their own ranks.

Some in the Jewish community are reluctant to give Labour a clean bill of health just yet. This is understandable given the extent of the party’s antisemitism problem in recent years, soon to be revealed in more detail in the Equalities and Human Rights Commission’s long-awaited report. But to claim that the party is completely unchanged and, conversely, that the Conservatives are entirely or nigh entirely blameless, is to fail to acknowledge reality.

The Conservative Party will have to accept that Labour is trying very hard to make itself palatable to Jewish voters once more. It must put its own house in order if it wants to regain the voters it attracted in the 2019 election who are now returning to their traditional political home.

Barnaby Marder
Barnaby Marder founded the Socialists Against Antisemitism social media page. He is a member of the Labour Party and of Jewish Labour Movement, and lives in Richmond-upon-Thames.
Categories: AntisemitismPolitics

A left response to left antisemitism: Is it too late for education? 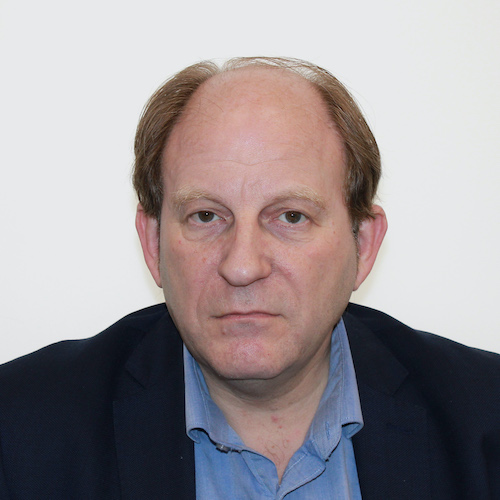 Barnaby Marder
Barnaby Marder founded the Socialists Against Antisemitism social media page. He is a member of the Labour Party and of Jewish Labour Movement, and lives in Richmond-upon-Thames.