The EHRC report shows that anti-racist solidarity, not special protection, is the way forward

Yair Wallach reflects on the EHRC report on antisemitism in the Labour Party published last week.

The EHRC report on antisemitism in the Labour Party, published last week, is a damning conclusion on Labour’s failure to deal with antisemitism. The Equality and Human Rights Commission found that the Labour Party, through its agents, was guilty of discrimination and harassment against Jewish members. The report highlights two complaints where Labour breached the law, but it emphasises that these two cases represent the tip of the iceberg, with many examples of antisemitic conduct from Labour elected officials and ordinary members. Systemic failings amounted to a culture which, at best, did not do enough to prevent antisemitism and, at worst, could be seen to accept it. The EHRC report is a vindication of the struggle of Jewish activists in the Labour party, many of whom have suffered unacceptable levels of racist harassment.

The legal foundation for the report is the 2010 Equality Act, which is general in its applicability to groups of protected characteristics (such as race and religion). The basis here is equality and the universal protection against racist discrimination and harassment.

This is important because there are those who have argued that antisemitism is a unique form of hatred, which makes it radically different from, for example, anti-blackness; and therefore, it required a special approach. Arguments about the singularity of antisemitism often hinge on what is described as ‘the New Antisemitism’ – strong anti-Israel or anti-Zionist discourse. This has led many to demand a specific definition of antisemitism, which pays special attention to Israel, in the form of the IHRA definition. Indeed, much of the public debate on antisemitism in the Labour Party, in the media and on social media, has centred on attitudes to Israel/Palestine, and on the IHRA definition. Some have even gone as far as to argue that all forms of Palestine activism, such as flying the Palestinian flag, or calling Israel an ‘Apartheid State‘, are suspected of antisemitism.

It is striking, therefore, that the EHRC report does not uphold such claims. The report hardly mentions Israel, and does not discuss critical judgements on Zionism, or statements on the history of Israel’s establishment, Israel’s regime or the occupation. In the two central complaints, the EHRC highlighted classic antisemitic tropes such as Jewish conspiratorial nature and references to Jewish people as ‘fifth column’. The examples of antisemitic conduct include familiar tropes such as Holocaust denial, Rothschild conspiracies, and allegiance to Israel over the UK. Furthermore, the report does not rely on the IHRA definition, which, as it states clearly, is not legally binding. The EHRC reached its damning verdict the based on general applicability of the 2010 Equality Act.

Many have argued all along, in fact, that Labour’s antisemitism crisis was never about Israel/Palestine. It was the proliferation of Holocaust denial, backstabbing accusations, and conspiracy theories, which were the problem. While there were protagonists on both sides of the discussion who wanted it to be about Israel/Palestine – the problem was, essentially, one of discrimination and harassment against racialised minority group, taking familiar antisemitic forms.

The report is a vindication of the approach that called not to separate the struggle against antisemitism from other struggles against racism. It shows that safeguarding Jews could best be done in the context of the broader struggle against racial discrimination – and discrimination in general. The report compares, for example, Labour’s treatment of antisemitism to the party’s treatment of sexual harassment, to illustrate the failing on procedure and education.

It should be remembered the establishment of the EHRC in 2007 by Labour, and the 2010 Equality Act, were the product of struggles against racism, such as the campaign against institutional racism in the metropolitan police after the murder of Stephen Lawrence. Struggles for the rights of Black and Ethnic minority communities have laid the ground for the EHRC and for this report on antisemitism. And we discuss this landmark report, we should not forget the contributions of other minority groups which helped create the conditions for it. In turn, the clear language of the EHRC report could serve other groups fighting against racism. If anyone required proof for the need for anti-racist solidarity, this is it.

In recent years, we have seen examples of solidarity and mutual support between activists fighting against antisemitism, Islamophobia and anti-black racism. We have also seen the opposite: competition over which form of racism is more pernicious, and which minority faces greater hostility. We have also seen examples of those who claim to stand against antisemitism while using racist language against other groups, such as Palestinians.

The EHRC report sends a strong message. It illustrates that it is possible to tackle antisemitism without conflating it with criticism of Israel. And it shows that fighting antisemitism in the wider struggle against racism and bigotry, is not only the right thing but also the most effective way – rather than treating it as an exceptional, Israel-centred phenomenon.

Yair Wallach
Yair Wallach is Senior Lecturer in Israeli Studies at SOAS, University of London, where he is also the head of the SOAS Centre for Jewish Studies. His book on the street-texts of modern Jerusalem was published in 2020 by Stanford University Press.
Categories: PoliticsAntisemitism

I was about to comment, but then it became a sermon.
Here it is
https://rabbiandrea.medium.com/racism-antisemitism-and-parashat-vayera-af205f4b9218 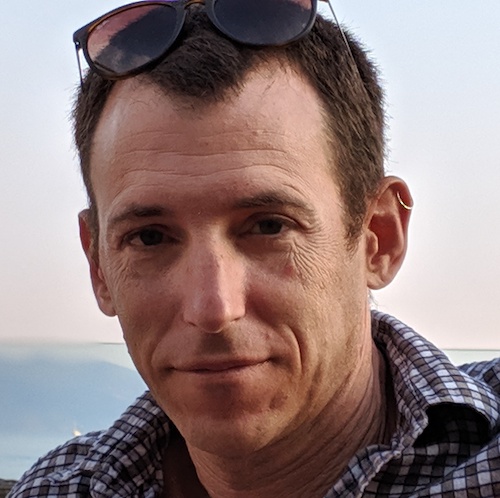 Yair Wallach
Yair Wallach is Senior Lecturer in Israeli Studies at SOAS, University of London, where he is also the head of the SOAS Centre for Jewish Studies. His book on the street-texts of modern Jerusalem was published in 2020 by Stanford University Press.