The first man looked at the rib girl
Who was ripped right from his chest
He said ‘You look cute in your birthday suit
And I really do dig your breasts.’
Then he palindromed ‘Madam I’m Adam!’
She said, ‘I’m Eve, please don’t leave!’
And soon they got up and at ’em
And reproduced like you wouldn’t believe.

Next thing you know a talking snake
Comes slithering down a tree
He says, ‘Listen to me honey, this may sound funny
This fruit’ll teach ya ’bout the birds and the bees!’
So she ate of it and kinda liked the flavor
Though it tasted just a little bit tart
He took a bite, said ‘Mmmm, I like!’
And it made both of them real smart .

But the old God was getting angry
‘I told you not to chew on that stuff!
You’ll have to find a finer fashion designer
‘Cause that nudity ain’t gonna be enough.’
So, they cut down some nice fig leaves
Eve said, ‘Ya live and ya loin!’
But Adam was pissed ’cause he was missing his Miss
walking ’round with an uncovered groin.

‘What am I gonna do about you?’
Asked Adam when they made pillow talk?
‘You’d better behave,’ said Eve, ‘or I’ll say ‘me too’
And you’ll end up taking the perp walk!’
So, Adam tried to cool it
And behave just like a mensch
But he thought his gig was to be a chauvinist pig
So, Eve made him sit on the bench.

As punishment for his wayward ways
Adam was made to suffer
And spend eternity in a haze
And Eve had it even rougher
She screamed and howled when she gave birth
And was endowed with lots of feelings
And while Adam roamed freely upon the earth
Poor Eve often hit the glass ceiling.

Their descendants came, their descendants went
They made rockets and landed on the moon
They wrote books, some were crooks, some paid rent
And some sang pleasing tunes.
But Adam and Eve were simple folk
‘Til from that apple they did munch.
And God must still be writing jokes
‘Cause humanity’s way out to lunch.

They push, they control, they scorch the globe
They kill animals and eat ’em
So many of them are some kind of phobe
They take fellow humans, slay ’em and beat ’em.
It’s sad how they’re turning that Garden
From a paradise to a trash bin
Without so much as an ‘I beg your pardon’
Or admitting that that’s some kind of sin.

Well, Adam and Eve had it pretty good
they had everything they did require
They lived in a real nice neighbourhood
Until they got overcome by desire.
But looking back, how could they change
Any aspect of their life?
Maybe it was all pre-arranged
A little peace, a little strife?

If you think about it,
Perhaps these two were really Neanderthals
Kind of proto-humans
Who made pictures on cave walls
A couple of primate savages
With grudges and pet peeves
Chomping on raw meat and cabbages
Our ancestors, Adam and Eve.

Robert "Smokey" Miles
Robert “Smokey” Miles is a recording artist, singer/songwriter, poet, multi-instrumentalist, playwright, actor, host, comedian and visual artist. As his alter-ego Count Smokula, he has been described as a Yiddish Dracula or as Bela Lugosi meets Jackie Mason, and is considered to be a cult icon. He is a graduate of Princeton University and has performed internationally.
Categories: UncategorizedPoetryJudaism

Thank you too much! Take care of your ankles! 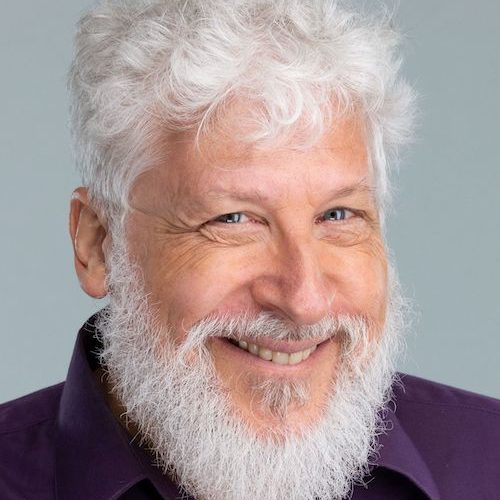 Robert "Smokey" Miles
Robert “Smokey” Miles is a recording artist, singer/songwriter, poet, multi-instrumentalist, playwright, actor, host, comedian and visual artist. As his alter-ego Count Smokula, he has been described as a Yiddish Dracula or as Bela Lugosi meets Jackie Mason, and is considered to be a cult icon. He is a graduate of Princeton University and has performed internationally.