How will Jewish culture be impacted as a result of the pandemic?

I’ve always felt that Nostradamus and I are kindred spirits. We both make predictions and we both get those predictions incredibly wrong. However, the task at hand is to have a stab as to how Jewish culture will be affected by the pandemic and who doesn’t love some blind supposition?

For about five years, I’ve been writing a comedy novel and accompanying show about an American Jewish Summer camp called ‘Camp Mazel: Where every day you get lucky.’ It’s almost finished, but then again, I’ve been saying that for four years.

It’s a coming of age of story and shows a side of Jewish culture that we don’t really see, especially in Britain. Since starting my first draft, the big news items I’ve been affected by include the #MeToo movement, Black Lives Matter, Trump, Brexit and the pandemic. We’ve certainly been cursed with interesting times.

And all of these events have changed my writing dramatically. I’ve always thought of myself as liberal leaning but hearing the stories come out recently, I now realise I didn’t have a clue. But that’s fine. I own it, learn from it, continue to feel guilty at some stupid thing I said and move on. I’ve made some tweaks as a result and I’m happy that my procrastination has afforded me the opportunity to write something that won’t seem as culturally outdated.

If you’re wondering how any of this relates to the pandemic, well I think it’s easy to become despondent about how culture will look especially when all this over. We’ll all be hiding in our bunkers; The Royal Albert Hall will become an Amazon warehouse and the British pound will be more worthless than a politician’s promise.

I think the reality is that we’ll want more schmaltz and less horror as the world has enough of that already. Compounding the fact that many Holocaust survivors are in the highest risk category and a general lack of appetite for depressing Oscar fodder, there is more than a slight chance that this may have a massive impact on Holocaust education. This is certainly worrying, but generally I’m optimistic.

The agent I want to get and the American book tour I want to do will happen because I’ll make it happen. Pandemics leave as quickly as they arrive (the quicker the better!) and we can return to a sense of normality (don’t make me say ‘the new normal’).

We’ll be looking for more uplifting stories that tell the next stage of Jewish history. For example, a story about a British Jew going to an American summer camp.

I realise that last point may come off as crass opportunism but generally the point remains. Depressing art only works when the audience is in a position of comfort and most of us are not there at the moment.

I’ll leave you with a quick story. A few years ago, I was having a discussion with a medical professor. I told him that as a writer and performer, I felt I wasn’t as important as a doctor. Quick as a flash he turned round and said, ‘I may help people live longer, but you give them something to do.’

People always want something to do. The business model may change but we, as creators, will do what we do best. Create! The audience will come.

Hayden Cohen
Hayden Cohen is a writer, performer and podcaster. Season 2 of The Bagel Podcast (which he hosts and produces) will be released in the autumn.
Categories: Covid 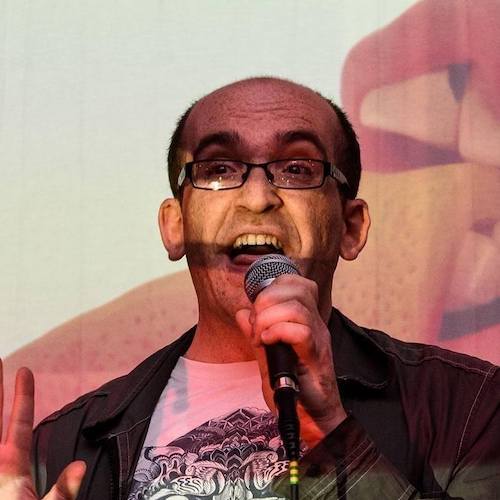 Hayden Cohen
Hayden Cohen is a writer, performer and podcaster. Season 2 of The Bagel Podcast (which he hosts and produces) will be released in the autumn.