JudaismfoodBudapestHungary
May 19, 2022
by Stephen Pogany

Stephen Pogany contributes an exclusive extract from his book Modern Times: The Biography of a Hungarian-Jewish Family.

Throughout her married life in Budapest, my Jewish grandmother invariably cooked with pork fat. She also spread pork dripping liberally on toast as a tasty snack for herself and her family, in open defiance of one of the most sacrosanct dietary principles of the Jewish faith. Day by day, in her little kitchen, my grandmother subverted one of the Almighty’s inviolable commands. All I can say in my grandmother’s defence is that pork fat was cheap; almost everyone in Hungary ate it and cooked with it, including plenty of Jews.

Like many Hungarians of the Mosaic faith, my family’s sense of what it meant to be Jewish had changed over time. By the early years of the twentieth century my family, without relinquishing their Jewish faith, had embraced almost every aspect of Hungarian culture. Aside from my great grandmother Jerta, whose mother tongue was German, my relatives spoke Hungarian, cultivated Hungarian manners, read Hungarian newspapers, argued about Hungarian politics, and supported Hungarian football teams. In the case of the men, they served with pride in the Honvéd, the Hungarian defence force. As a matter of course, my relatives ate the same food as other Hungarians, including pork, that quintessentially Hungarian meat.

My family wasn’t unusual. While some Hungarian Jews remained strictly observant, complying with the exacting dietary requirements of their faith, many of their co-religionists ate pork on a regular basis, including szalámi, kolbász, szalonna, and other processed pork products. In parts of the Hungarian countryside such as Orosháza, the small town on the Alföld where my father spent his childhood, it was commonplace for Jewish families, like their Christian neighbours, to raise pigs for their own consumption. Although Jews might worship God (or, more properly, G-d) in a different language and in a synagogue rather than a church, many Hungarian Jews would happily sit down to a dinner of knuckle of pork.

Some members of my family, including my grandmother Etelka, continued to think of themselves as religious, however wayward their dietary habits and however infrequent their attendance at synagogue. Others, like my grandfather Miklós, preferred to live a life free of religion and its myriad strictures. After marrying my grandmother in the imposing Dohány utca synagogue in Budapest, in August 1924, Miklós went on to reject religion completely, along with the accumulated religious paraphernalia of four millennia. My grandfather happily turned his back on tefillin and prayer shawls, on hand-stitched kippahs and silver yads, along with the beliefs and practices associated with them. At the same time, and however paradoxical this may seem, my grandfather continued to think of himself as Jewish.

My mother can’t remember Miklós ever talking about his religious beliefs, but she has little doubt that her father was an atheist. ‘He never once went to synagogue and I never ever saw him pray,’ my mother tells me. ‘I think his whole family wasn’t religious.’

On Yom Kippur, the most solemn day in the Jewish calendar, when Jews are required to spend much of the day at prayer and to fast, my grandfather was defiant, maintaining his usual routine without deviations of any kind. On Friday nights, when Jewish families gathered around the dinner table for the Shabbat meal, Miklós would infuriate my grandmother by refusing to say Kiddush, the prayer that the male head of the household is supposed to recite before the meal can begin.

Faced with my grandfather’s intransigence, it was left to my grandmother Etelka to try to preserve some sense of the family’s Jewish identity. However, even Etelka drew the line at replacing pork dripping with goose fat or butter, both of which would have been far more expensive. For my grandmother, religious interdictions, however weighty and unambiguous, were always superseded by the sacrosanct laws of economics. Fear of indebtedness or of not being able to feed and clothe her family far exceeded Etelka’s dread of the Almighty and of offending Him by breaching His edicts. My grandmother was confident that, if called upon, she could convince Him that she had behaved righteously.

If Etelka was selective in her religious observances, she was at least consistent in trying to conserve some elements of her Jewish heritage and in passing these on to her children. ‘On Friday evenings, my mother would always light a candle and say a prayer,’ recalls my mother, even if the simple meal that the family ate bore little resemblance to the elaborate Shabbat feasts enjoyed by affluent Jewish families. Once her children were old enough, Etelka insisted that they join her in fasting on Yom Kippur, despite their father’s wayward behaviour.

Yet neither of her children displayed much enthusiasm for religion while they were growing up and, in old age, my mother began to show signs of a religious openness or pluralism that would have startled Etelka. My Jewish mother took to praying in a nearby Catholic church and kept a small vial of holy water in her handbag along with a tiny, plastic effigy of the Virgin Mary, gifts from a devout Catholic acquaintance who’d brought them from Lourdes.

‘I remember once, before Yom Kippur, Etelka bought a hen, a live hen,’ recalls my mother. ‘She twirled it above her head while reciting a prayer’. But my mother can’t remember the words of the prayer or even what the prayer was about. As an exercise in religious education, Etelka’s efforts were an abject failure. For my mother, only the image of the startled, indignant fowl remains, and of Miklós sitting impassively at the dinner table, a silent, involuntary bystander.

I wonder if Etelka knew that the ceremony she was performing, which may have originated amongst the Jews of Babylonia, is called kapparot and that its object is to transfer sins from man (or woman) to a hapless bird. From an ethical perspective, kapparot strikes me as an exercise in moral elision. As for the theological controversies surrounding the practice – the ritual has been regarded with disfavour by prominent Jewish scholars since the Middle Ages – I’m sure my grandmother was unaware of them. For Etelka, the ceremony represented a comforting reminder of her happy, carefree Jewish childhood, as well as an opportunity to strengthen her family’s fraying links with the faith of their forefathers. But, in the end, all of Etelka’s efforts were in vain.

Stephen Pogany
This is an extract from Modern Times: The Biography of a Hungarian-Jewish Family, published by Brandram in the UK in 2021. Stephen Pogany is a writer, political commentator and literary translator, currently based in Budapest Hungary. He has taught at the universities of Edinburgh, Hull, Exeter, City University, London and Warwick, as well as at the Central European University, Budapest. He is currently working on a book with the provisional title: Transylvania: An Alternative History of Europe.
Categories: History 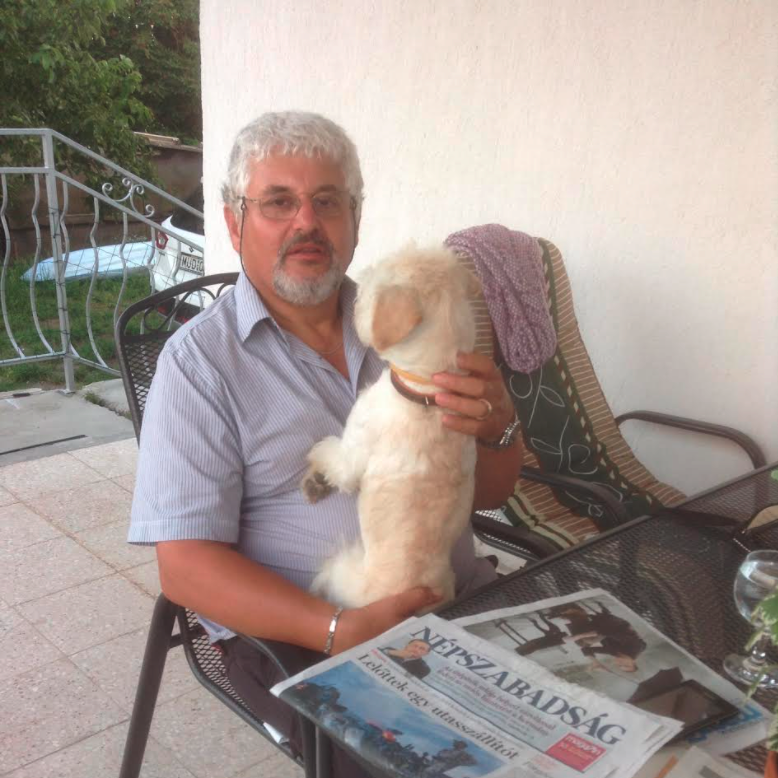 Stephen Pogany
This is an extract from Modern Times: The Biography of a Hungarian-Jewish Family, published by Brandram in the UK in 2021. Stephen Pogany is a writer, political commentator and literary translator, currently based in Budapest Hungary. He has taught at the universities of Edinburgh, Hull, Exeter, City University, London and Warwick, as well as at the Central European University, Budapest. He is currently working on a book with the provisional title: Transylvania: An Alternative History of Europe.